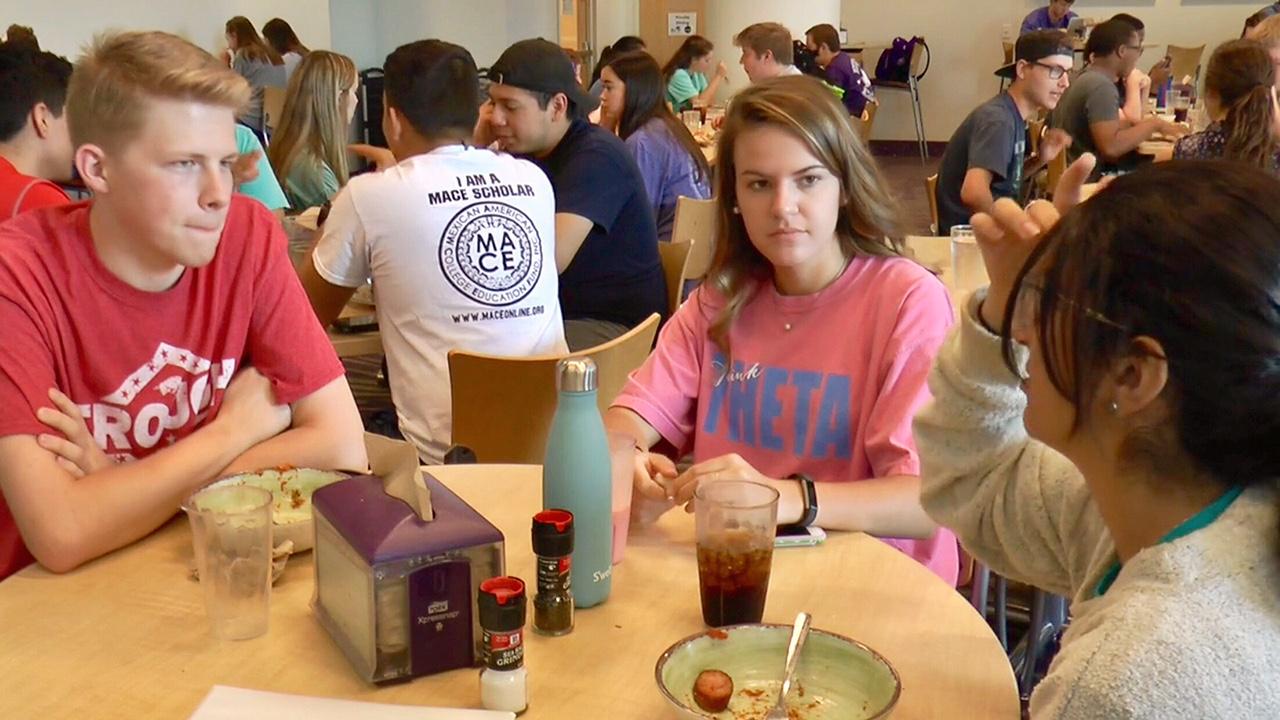 For many students at TCU the three complaints that are constant during their time on campus are about StuWireless, the food in Market Square and the women to men ratio.

But that last one is making a change as the new first-year class has the highest percentage of male students since 1990.

In years past, however, this imbalanced ratio has not gone unnoticed by students.

“All my classes are mainly females with one token male in each class,” said Kirstin Mullins, a senior strategic communication major.

“In nursing, I think it’s more of a negative one to five,” Torrey said.

Despite students reactions to the male to female ratio, the percentage of male students in first-year enrollment has been on the rise since 2013.

Since 2007, on average 38.5 percent male students enrolled in the first-year classes.

Heath Einstein, the dean of admissions, said the admissions department said gender is a factor is a factor, but not a top priority.

“Gender is one of the ways we look at the [student body], but we want to make sure we are attracting a student body that is reflective of society,” he said. “We are looking at where students are coming from, what their background is, what life experiences they’ve been through and many more aspects.”

The TCU Admissions Department did a study and commissioned an outside consultant to research the gender ratio and found the following results.

“There are a lot of theories as to why TCU usually enrolls more women than men,” Einstein said. “And there is probably an element of truth to all those theories.”

Since the first-year male ratio increased to 42 percent, Einstein has seen subtle differences on campus.

“There were fewer women that went through recruitment this year,” Einstein said. “That could be a function of the lower percentage.”

Vice President of Fraternity Recruitment, Andrew Wilson, said he saw some changes in recruitment too.

“Six hundred and fifteen men registered for recruitment,” Wilson said. “In the past four years, on average, about 569 men registered. So, this male increase in the first-year class could have impacted these numbers.

Some students, however, still haven’t noticed the difference in the ratio.

“When [I’m] at the BLUU [I] don’t notice the ratio,” said Ethan Gallegous, sophomore business major. “I don’t know if that’s the campus size or the flow of the buildings.”

Junior history and political science major Jayce Ramsey, however, said the male to female ratio appears more balanced since her first-year class when the ratio was 61 percent women and 39 percent men.

“I feel like when I was a freshman it was very noticeable that there was more girls than boys, but I do feel like the incoming class seems a lot more equal,” Ramsey said.

Einstein said he doesn’t know what the ratio will look like for next year’s class, but admissions are aware of the male to female ratio balance when crafting the upcoming classes. For not though, Einstein said he is happy with where the male ratio is at and excited to see it increase in the future.