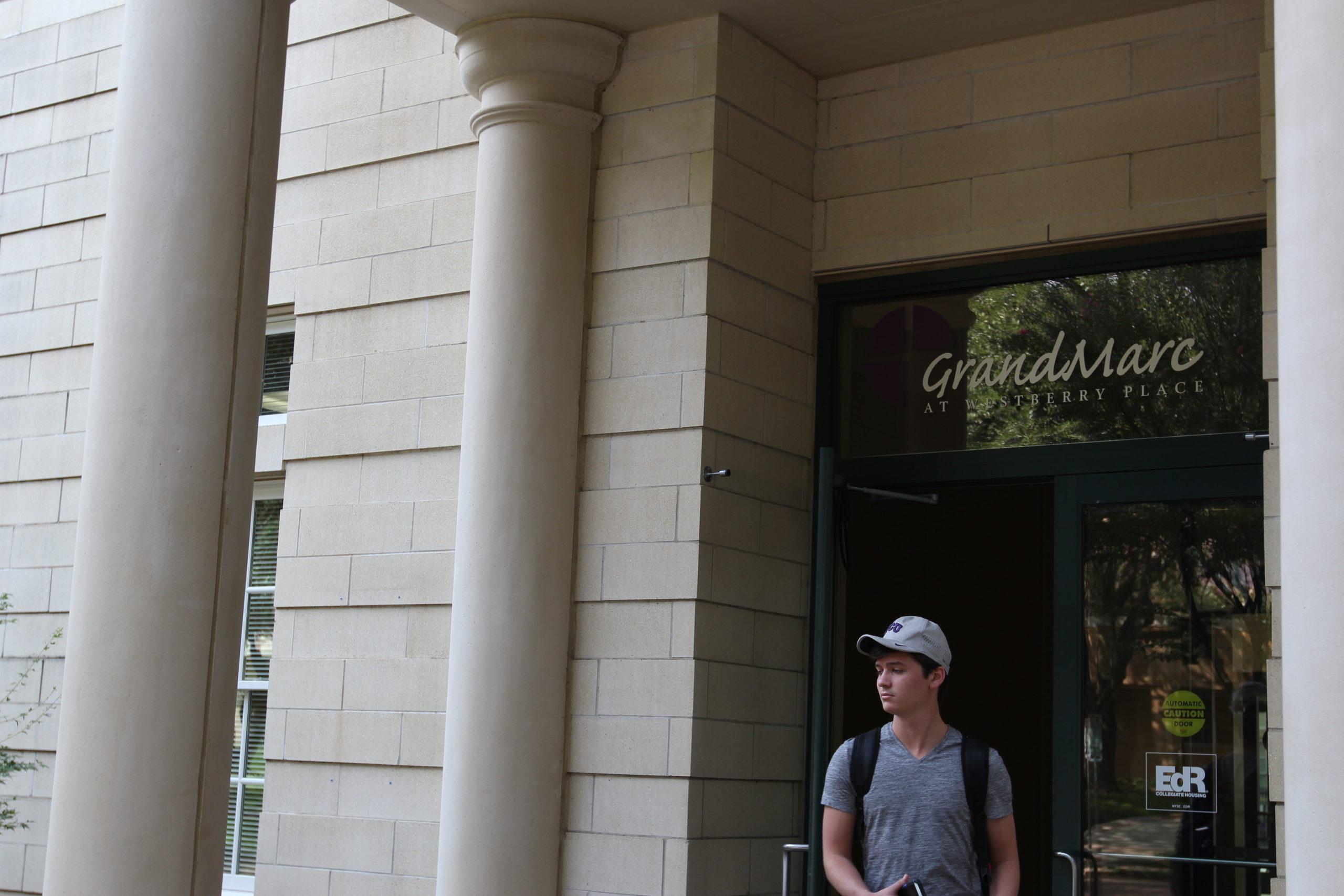 print
Students have one less option when it comes to housing their sophomore year.

As of Fall 2018, TCU will no longer be allowing sophomores to privately lease through GrandMarc.

Instead, all rising sophomores will have to go through the TCU spring housing lottery, unless they opt for Greek housing. TCU’s master lease with GrandMarc is for 225 beds.

TCU may allow a small number of sophomores to live at GrandMarc through the housing lottery, said Craig Allen, Housing & Residence Life director.

He added that the shift in policy isn’t likely to cause a squeeze in housing because all of the new Greek housing will be finished.

He also said that limited sophomore access to GrandMarc “will help make sure that the fraternity and sorority houses are full.”

“I chose GrandMarc mainly because I wanted my own space and wanted to be able to make my own meals free from a meal plan,” she said.

Kiemel added that she has loved living in GrandMarc.

‘“My roommate is vegan, so for her that was a large reason why we chose GrandMarc,” she said. “The TCU meal plan is very unaccommodating to dietary needs and restrictions.”

“Signing a private lease with GrandMarc allowed us to have a guaranteed option for next year of exactly what we wanted,” she said. “Had we been stuck with the lottery and ended up in a dorm, we would’ve been in that sticky situation again.”

However, Allen said that each year TCU continues to improve their meal plan for students with food allergies and he believes students will see more options in the future.

“It is challenging to meet all of the 4,600 meal plan participants individual food preferences, but the fact is that the variety of offerings is quite impressive,” said Allen.