The YAF took to Instagram to thanks those who helped them put the memorial together.

What a success it was this year with the 9-11 Never Forget Project! So many students helped us plant the flags for the lives lost. Thank you to everyone who helped!

The YAF have been putting this memorial together for five years now.

Mallory Stender, Co-President of YAF, said that no matter your beliefs you can get behind honoring the lives lost during the attack.

Some students around campus were viewing the memorial as they walked by to class.

Sally Stockett, a first-year speech-language pathology major, talked about how this day is emotional for her because she lost a family friend in the terror attack sixteen years ago.

“I’m really glad TCU is doing something about it to have students care,” she said. “We all probably have some kind of connection to 9/11 and we were all alive for it, so this means a lot to me.

The 2,977 small American flags represented lives lost in the attack. 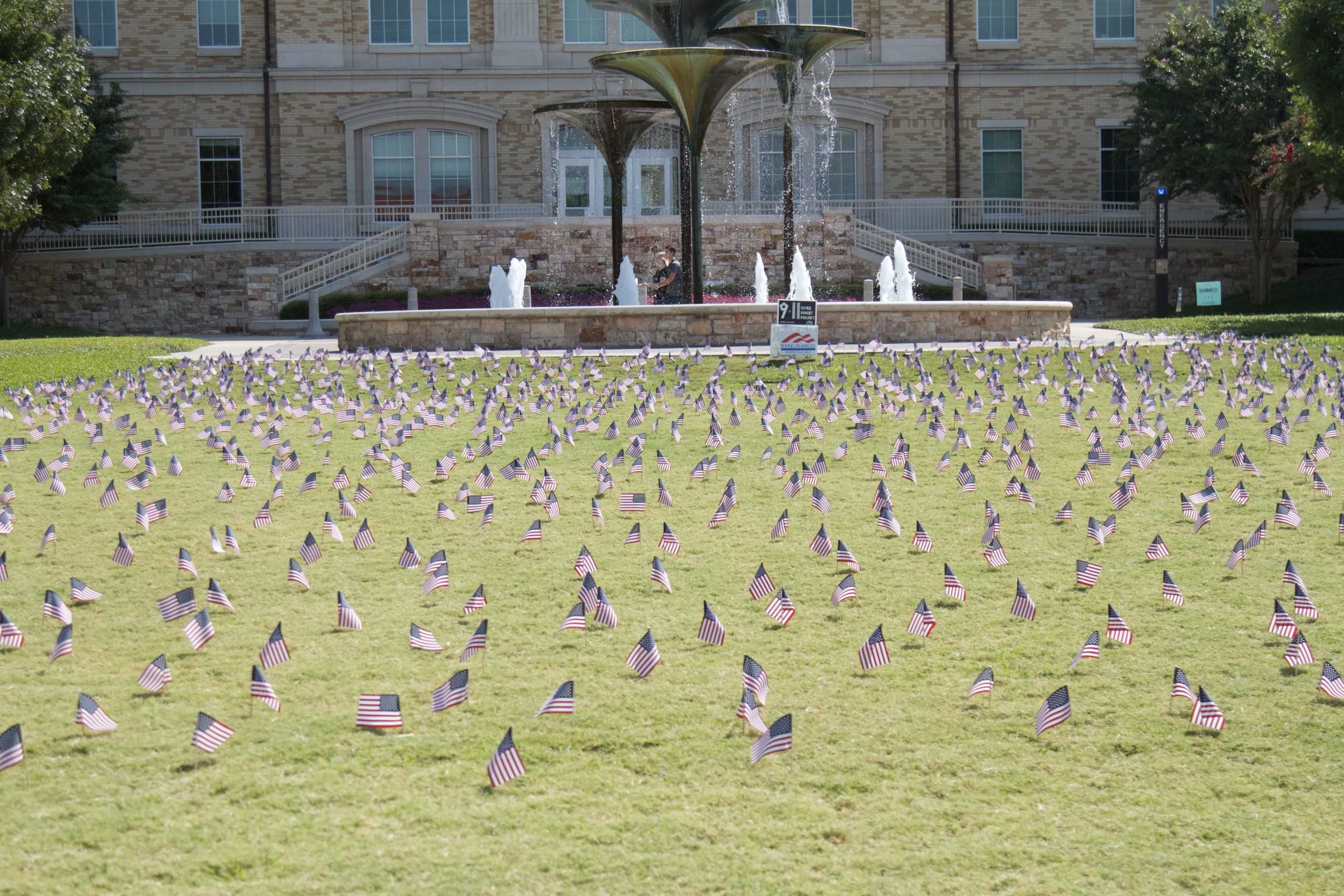 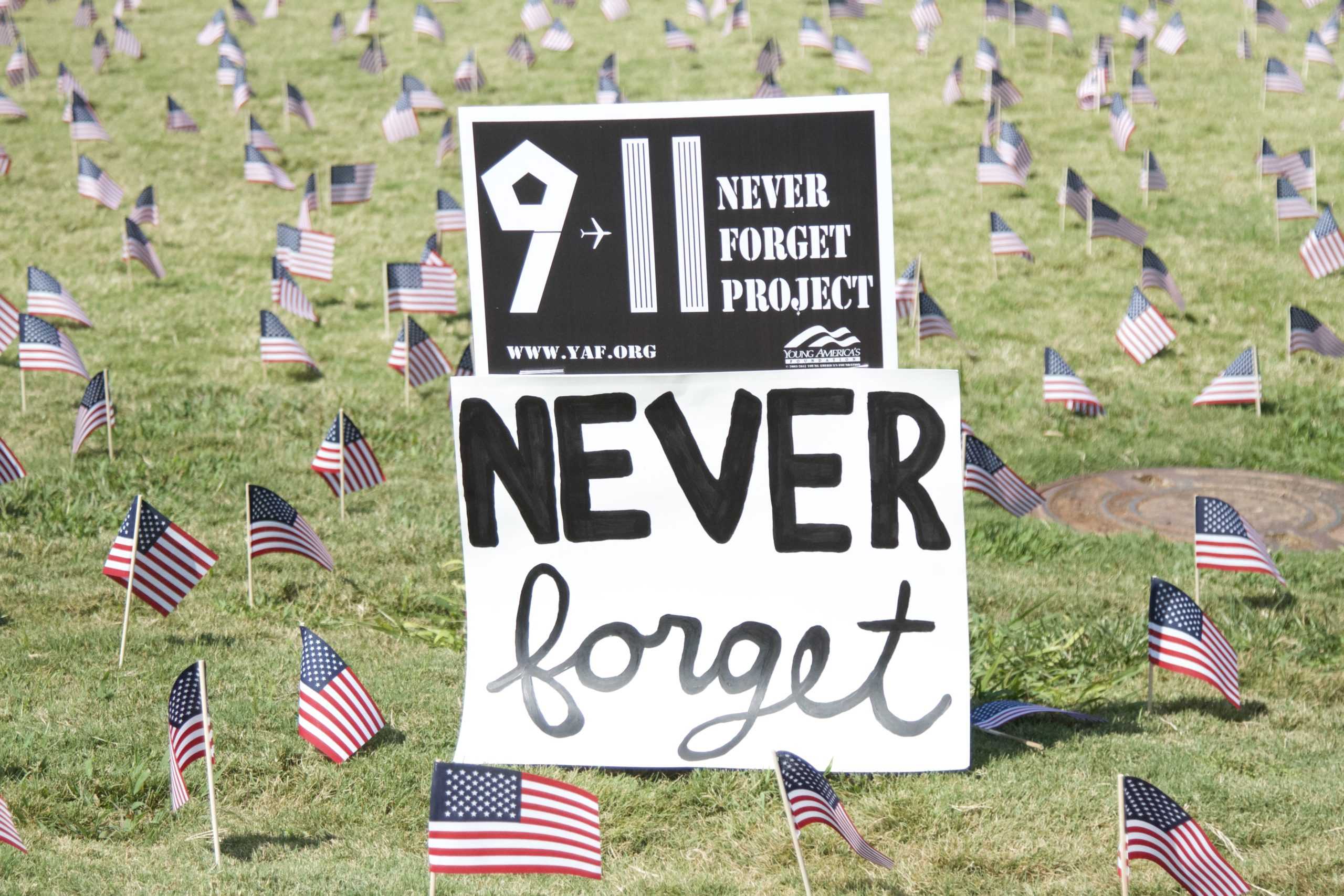 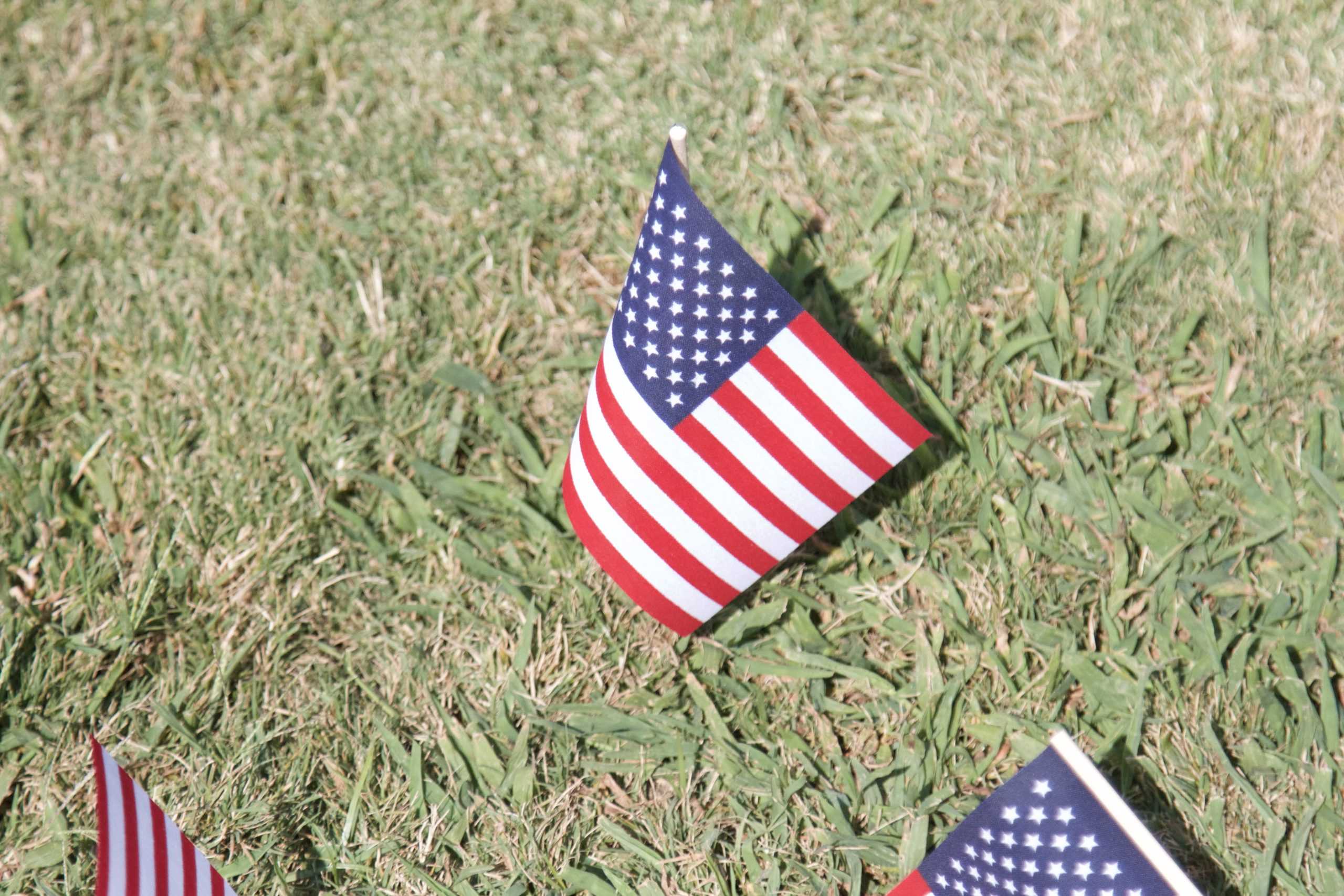 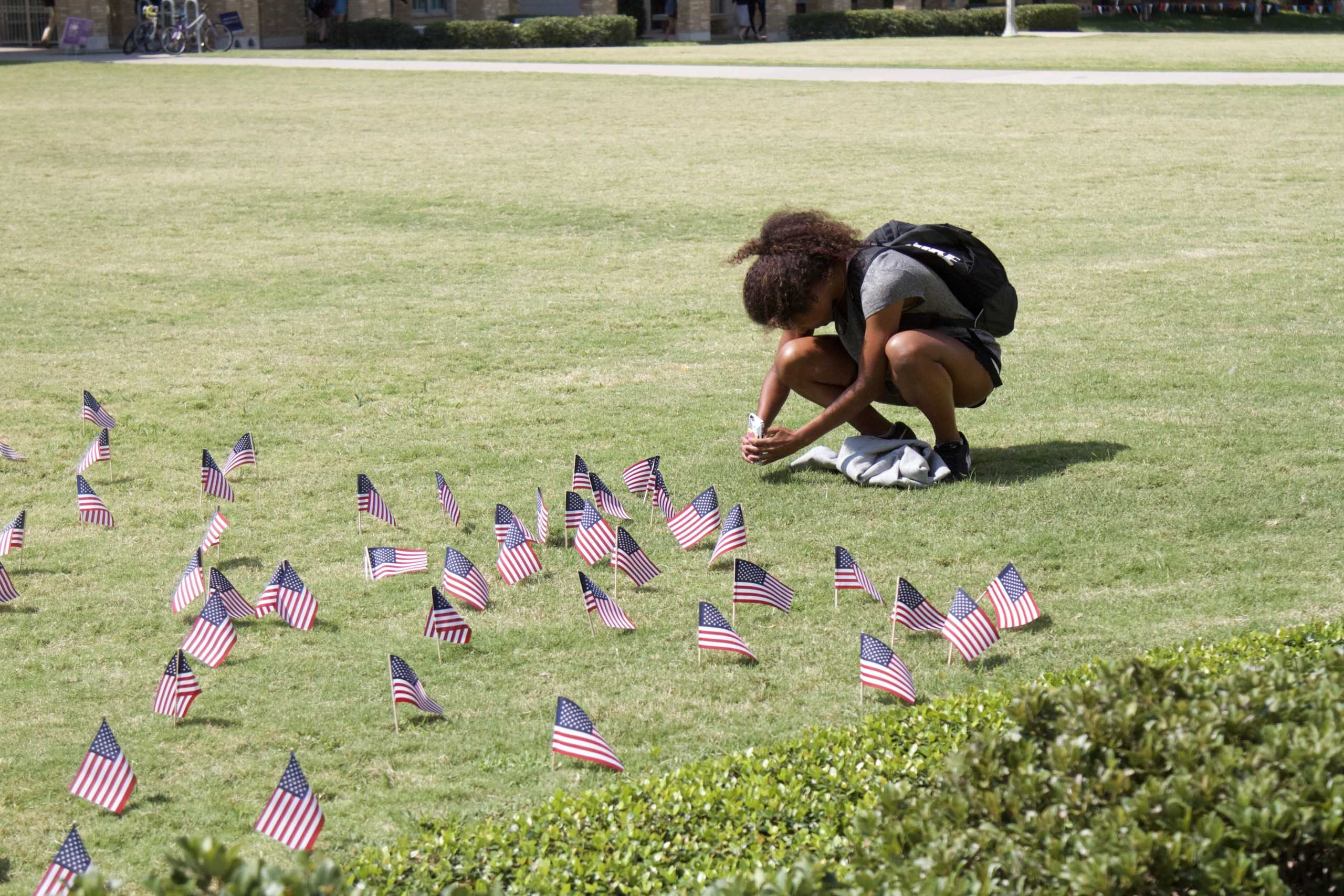 Some students expressed support for the memorial.

“It kind of gives us a visual on how many people actually lost their lives and kinda puts it in perspective,” said Taylor Dye, a first-year strategic communication major. “We’re really fortunate to have the freedom that we do and that it’s important to remember the lives that were lost.”

Others were surprised, but still grateful that the memorial was set up.

“I didn’t really think or know that TCU was going to do something like this,” said Hayden Camp, a first-year pre-business major. “It is really cool to see that it affects everyone and that everyone does care about it.”