A contemporary artist spoke at a women and gender studies event to share the importance of visual language and images.

The event is part of the Women and Gender Studies Program’s (WGST) semester theme, Intersectional Feminisms.

Baseera Khan, a contemporary artist who is a Texas native, started her pedagogy at the University of North Texas in Denton as an undergraduate studying drawing, painting and sociology.

“I have always been interested in the function of images and how they rest in social spaces whether it be like entertainment television or billboard advertisement,” Khan said.

Khan said her experiences as a Muslim woman have shaped her form and influenced her artwork. Khan’s family immigrated to the U.S. in the 70’s, and settled in Texas, which she said impacted her early on in life.

“I don’t come from an easy family,” she said. “I think because it was so hard for them to get adjusted in the country, they sort of project that experience onto me.”

Her exhibit in Moudy Gallery consists of printmaking, objects, a rock climbing wall and other various pieces.

The rock climbing wall is one of her pieces that is embedded with artistic represenations of DNA, such as refugee blankets, hair, wool and gold chains.

“It’s really just a kind of collective energy of corners of my body which hopefully can represent a collective body,” she said. “The purpose is to climb that white wall and just exert yourself and push yourself up as high as you can go.” 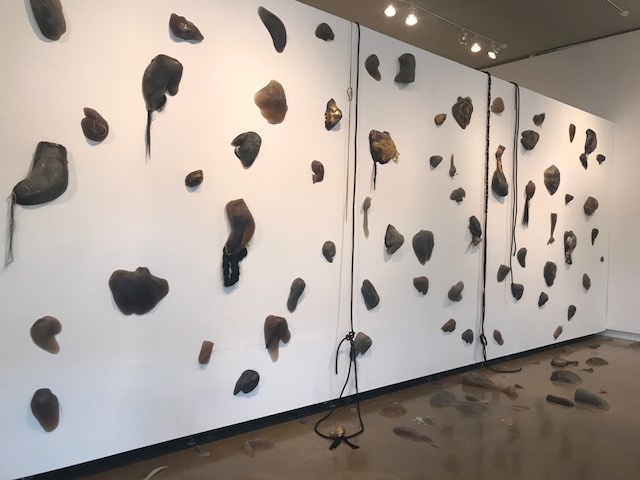 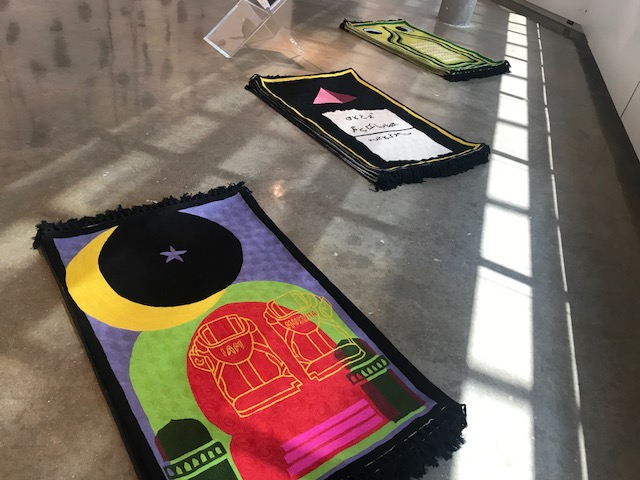 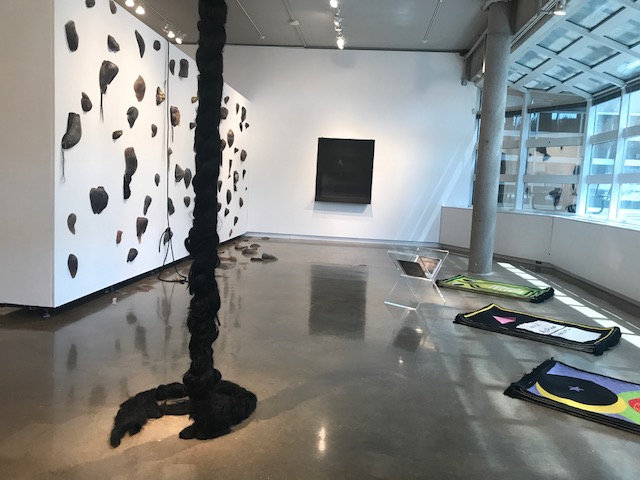 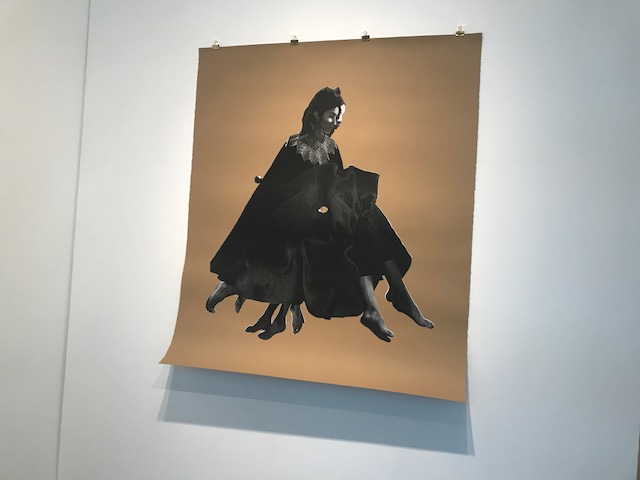 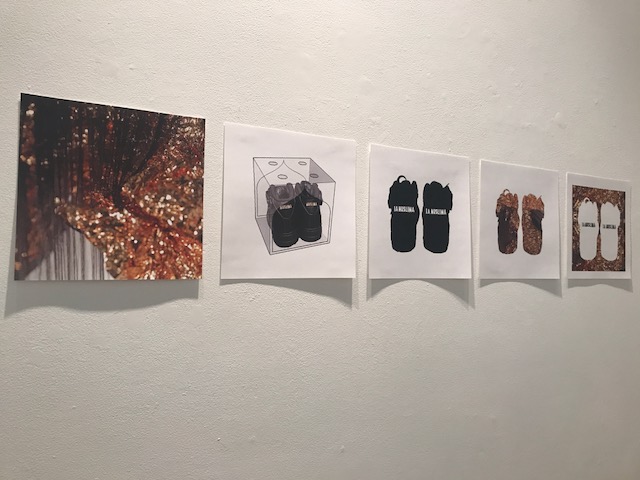 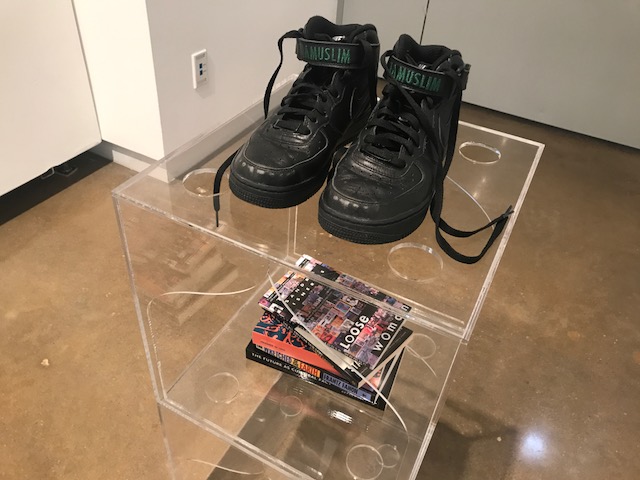 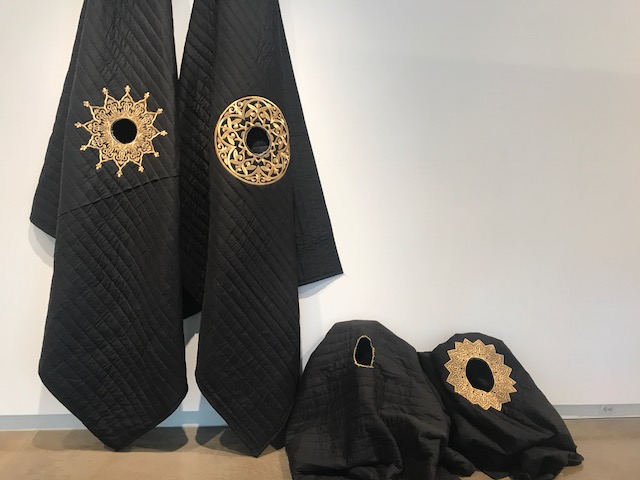 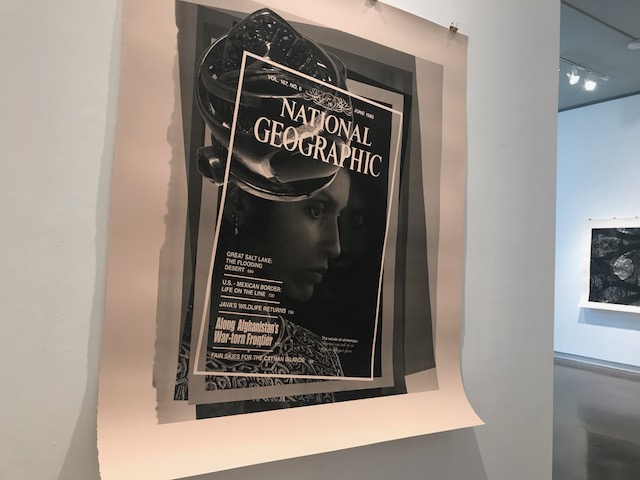 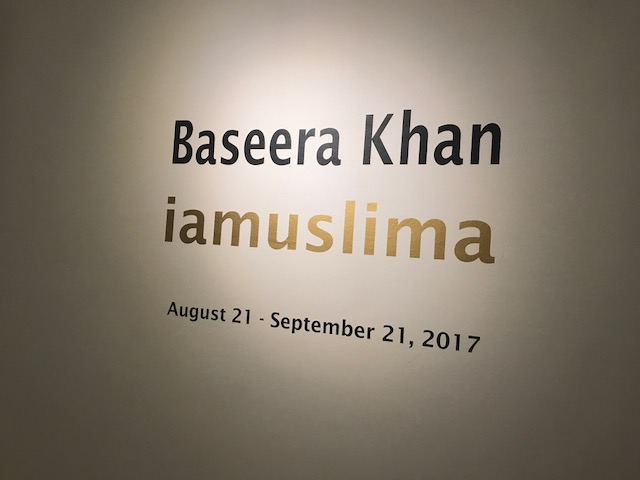 Khan said she hopes her work inspires people to have more power over their own bodies and visual ability.

“I’m hoping the work can ignite or engage conversations around people taking ownership for their actions,” she said.

She said the representation of more minorities in artistic fields has been beneficial to the progress visual performance.

Khan’s work and publications can be found at www.baseerakhan.com.