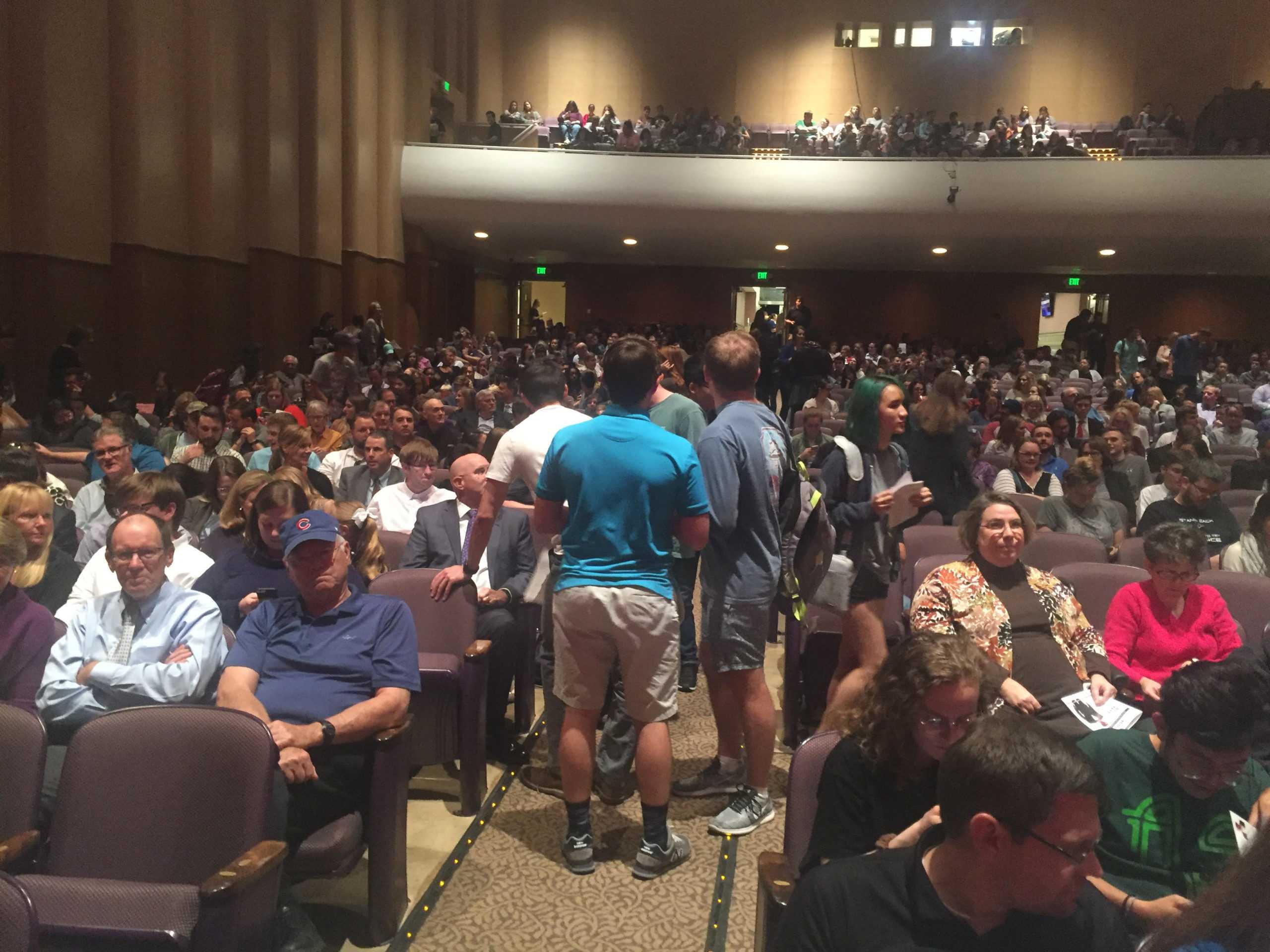 Students got a blast from their past Wednesday as science show host Bill Nye headlined the Honors Fogelson Forum Wednesday night to mix humor with politics, the future of science and his own beginnings.

Nye addressed many of the hot-button political issues in stride, often taking a question about one topic and working it into social commentary about current political conversations. In a response to a question about artificial intelligence, Nye talked about the issues with nuclear weapons.

“It cost so much money to maintain a nuclear arsenal,” Nye said. “Everyone is going on about the national debt, okay start here! We want less of those.  Just maintaining a nuclear arsenal is such a huge hassle.”

In response to another question about his time at Boeing, Nye told the story about when he got appendicitis and was able to receive treatment because he had health insurance.

“There is great value in providing healthcare to citizens,” Nye said. “It’s not just an expense. Because I didn’t die I could go on and pay taxes.”

Earlier on Wednesday, Nye met with about 60 honors students for a question and answer session. One question was about how to handle climate change deniers.

“Ask them why they disagree with scientists,” Nye said. “You’ve just got to chip away. Don’t be in their face.”

When asked about what steps he takes personally to fight climate change, Nye said he talks about it every day.

Nye also said that while things seem dark now, he is confident in the future if people get politically active.

“Big changes will come,” Nye said. “I encourage everyone to vote. The pendulum will swing back and science will rise again.”

Some students in attendance enjoyed the political messages of the night.

“I came in with expectations of what I saw when I was a kid,” psychology major Catherine Meely said. “I was delighted to see his research applied to today’s public policy.”

In addition to inspiring students to maintain civic engagement, Nye also talked on the importance of pursuing science and innovation. At some points during the honor student question and answer, he interrupted his own answers to mention an idea that students should start researching on. These ideas included self-driving race cars and a new source of fuel for airplanes.

His work in inspiring students isn’t a new event, Nye said he started working on the “Bill Nye the Science Guy” show full time after looking around at the world he was living in.

“I remember when the white house took the solar panels off the roof and abandoned teaching the metric system,” Nye said. “It was very troubling. I worked on making a show trying to get people excited about the fundamentals of science for a better tomorrow.”

Nye added that seeing how big the show grew and the impact it had was, “really gratifying and cool.”

While Nye was on a comedy show prior to his transition to his hit series, he insists that his science background is still full of real science, a point he is often challenged on by his critics.

Bill Nye has been ignoring the fact that he has no science-related qualifications for decades, so it might take a while… https://t.co/FIvxGccjS4

For more on Nye’s talks, check out TCU 360’s Twitter moment which has minute by minute coverage of the night.