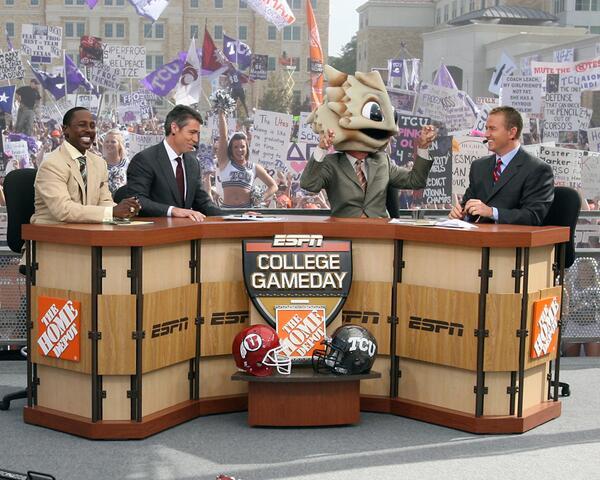 ESPN’s College GameDay will make its second appearance at TCU Saturday when the No. 8 Horned Frogs host the No. 23 West Virginia Mountaineers.

You ready, Fort Worth?

This will be TCU’s sixth College GameDay game coverage, all of which have come in the last nine seasons, but only the second time TCU has been the home team of the featured game.  TCU is 5-0 when GameDay is present.

The last GameDay featuring TCU was at West Virginia in 2014. GameDay was also at TCU games at BYU in 2009 and Utah in 2010 as well as the 2011 Rose Bowl versus Wisconsin.

Kickoff for TCU’s matchup against West Virginia is set for 2:30 p.m. at Amon G. Carter Stadium.