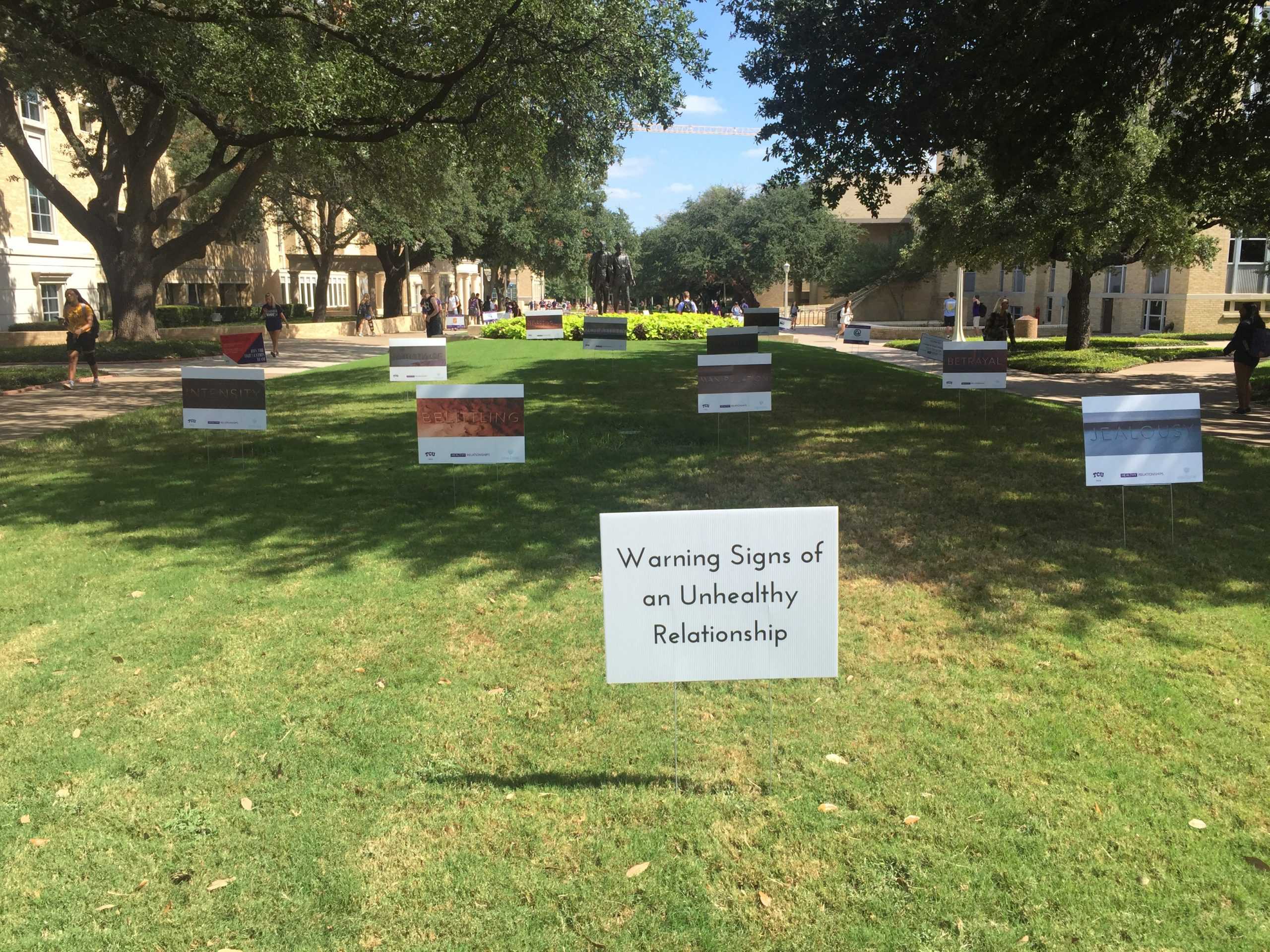 Students explored the signs of unhealthy relationships in a film-based discussion workshop Tuesday night in the BLUU Auditorium.

“It is a universal problem, and I think we get wrapped up sometimes in the fact that this is TCU and how great TCU is,” said Leah Carnahan, assistant director of Title IX Advocacy & Education. “Yes, this is TCU, but we have real-world problems too and it impacts everyone, even students here on our campus.”

Dr. Kristin McDonald, a psychologist at the TCU Counseling and Mental Health Center, said that she and others at the center have worked with people who’ve experienced intimate partner violence and relationship abuse.

“This is a step towards bringing awareness to an issue that’s so often hidden and ashamed,” McDonald said. “Hopefully, this will help normalize it for students.”

The night consisted of a film, “Escalation,” followed by a guided discussion led by trained facilitators. The film features a college-aged couple’s relationship that depicts how unhealthy behaviors can escalate into relationship abuse.

“I think that college students don’t have a model for what dating looks like and it’s easy to find yourself in situations that are unhealthy or abusive without necessarily realizing that,” said senior child development major Emily Hopkins.

“I had several friends who were in unhealthy and abusive relationships, and I tried to help and support my friends as best as I could,” Hopkins said. “But, I think I could have supported them a lot better knowing then what I know now.”

She said the timing of the workshop was important because October is domestic violence awareness month.

Hopkins said although the film is powerful on its own, it was the group discussions following the viewing that held the most impact.

“The video was hard to watch but I think that’s the point,” said senior strategic communication major Sophia Sesto. “It brought up issues that we might see every day and dismiss; it was really eye-opening.”

Senior nursing major Katie Wells agreed, saying that it was a great opportunity to address issues that are often overlooked or underestimated.

Students who feel that they or a friend are stuck in an unhealthy situation are encouraged to contact the TCU Counseling and Mental Health Center at 817-257-7863.