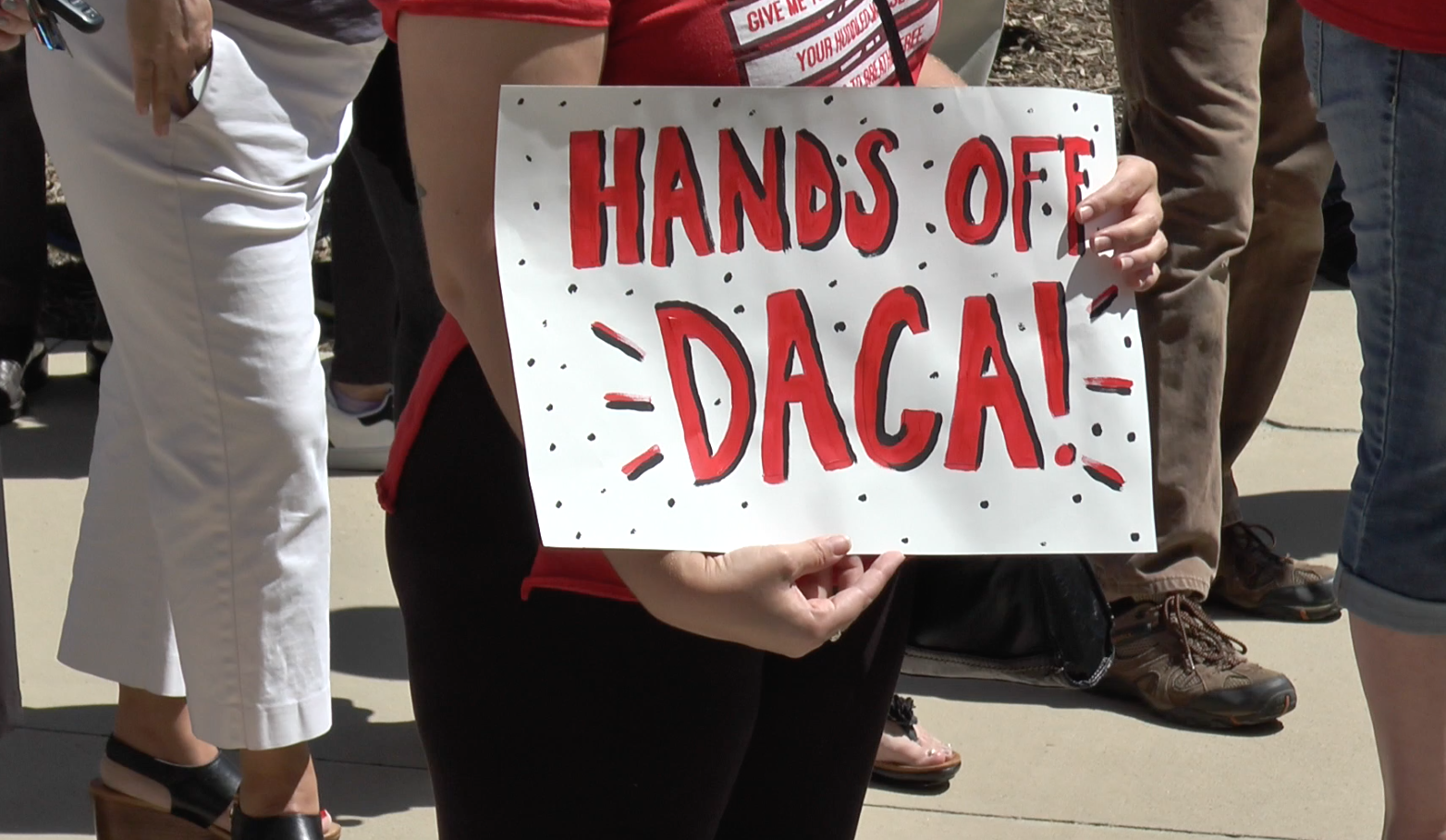 Graduate student Mayra Guardiola was sitting on her couch, sipping her morning coffee, when she read the Trump administration’s announcement to rescind the Deferred Action for Childhood Arrivals (DACA) program.

It was Sept. 5 when Attorney General Jeff Sessions announced President Donald Trump’s decision to phase out DACA – giving Congress a 6-month deadline to develop a solution. Nearly 800,000 so-called Dreamers have registered with the program since its inception under President Barack Obama in 2012.

DACA allows certain undocumented immigrants who were brought to the U.S. illegally as children to apply for deferred action for a renewable period of two years and to be eligible for work permits. By meeting certain eligibility requirements, young immigrants were able to live and work legally in the U.S. without the threat of deportation.

Guardiola said at first she was in a daze – a daze that quickly gave way to feelings of anger and helplessness. “I was seeing this completely different side of the issue; I was seeing my community being terrorized.”

Guardiola’s sister-in-law is in the U.S. under DACA.

“She was finally able to get a driver’s license and really all the things you need to be a resident here,” Guardiola said. “It breaks my heart because she’s the mother of my only nephew.”

According to U.S. Citizenship and Immigration Services, approximately half of all DACA recipients currently reside in three states: California, Illinois and Texas. As of March 2017, there were 234,350 recipients living in Texas – including some at TCU.

John Singleton, the director of International Services at TCU, says the university does not keep records of students who are registered under DACA but confirmed that there were DACA students at TCU.

Some of these students disclosed their status and concerns to Singleton after the initial announcement back in September.

“We were adamant with the students that there had never been any records kept on them so that they didn’t have to fear someone requesting that information,” Singleton said. “I was worried for those kids, because, under the previous administration, they had given their names, their addresses and identified where they live.”

He added that the stress many feel is not only for themselves but for family members as well.

“They’re DACA, but their parents are not,” he said. “Whoever brought them are undocumented, and as we see now with this administration, U.S. Immigration and Customs Enforcement have stepped up their enforcement of immigration law and have begun to deport people – sometimes in very challenging situations.”

It was a similar feeling that caused Guardiola to organize a “Defend DACA” protest on campus Sept. 6. Less than 24-hours after Trump’s announcement, about 130 people showed up to the Founders Statue to march in support of DACA. Among them were a number of both students and faculty and staff members.

“I thought it was very meaningful for a large group of people to exercise their First Amendment rights and express their disapproval of this new administration’s policy position which threatens to piece apart intact families,” said associate English professor David Colon, who attended the protest. “I think that the apathy and lack of empathy that many Americans have towards DACA Dreamers stem from being disconnected from people who are directly impacted by this decision, so it’s always great when different kinds of people can hear where each other is coming from.”

However, there are those on campus who are in favor of ending the policy and who disagreed with the message of the protest.

“Immigration is good – as long as it’s legal,” said Matt VanHyfte, the president of TCU College Republicans. “We need to have people crossing into our country legally so that we don’t hurt those people who’ve been waiting in line for years; cutting the line is illegal.”

In response to the protest, VanHyfte said he was disappointed by the number of faculty members who attended.

“I understand that it was emotionally charged, but I saw members of the administration, which scares me because that shows that they aren’t teaching the other side of the issue,” VanHyfte said. “It shows that in their classrooms they are showing a bias and not showing the conservative or Republican response – which makes up a portion of TCU too. It may be a controversial policy that’s really hard to pick a side on or defense, but at the end of the day you still have to follow it, because it’s the law.”

In response to announcement and protest, Chancellor Boschini sent out a campus-wide email acknowledging the feelings of uncertainty and listing resources and support staff for those who need it. He also encouraged the TCU community to engage in the legislative process by working through their legislators.

“I have faith that the people in Congress will make sure that this cataclysm that people think is going to happen won’t happen, but again, I’m not someone that would directly be affected by it, and I admit that,” Boschini said. “So if a protest makes me feel better on campus and that I felt like I got my voice out, then I think it’s worth doing.”

The U.S. Citizenship and Immigration Services is no longer accepting initial or renewal requests for DACA. However, according to the administration, work permits issued under DACA will be honored until they expire, and for current DACA recipients, protections remain in effect.

Now, the fate of DACA resides with Congress.