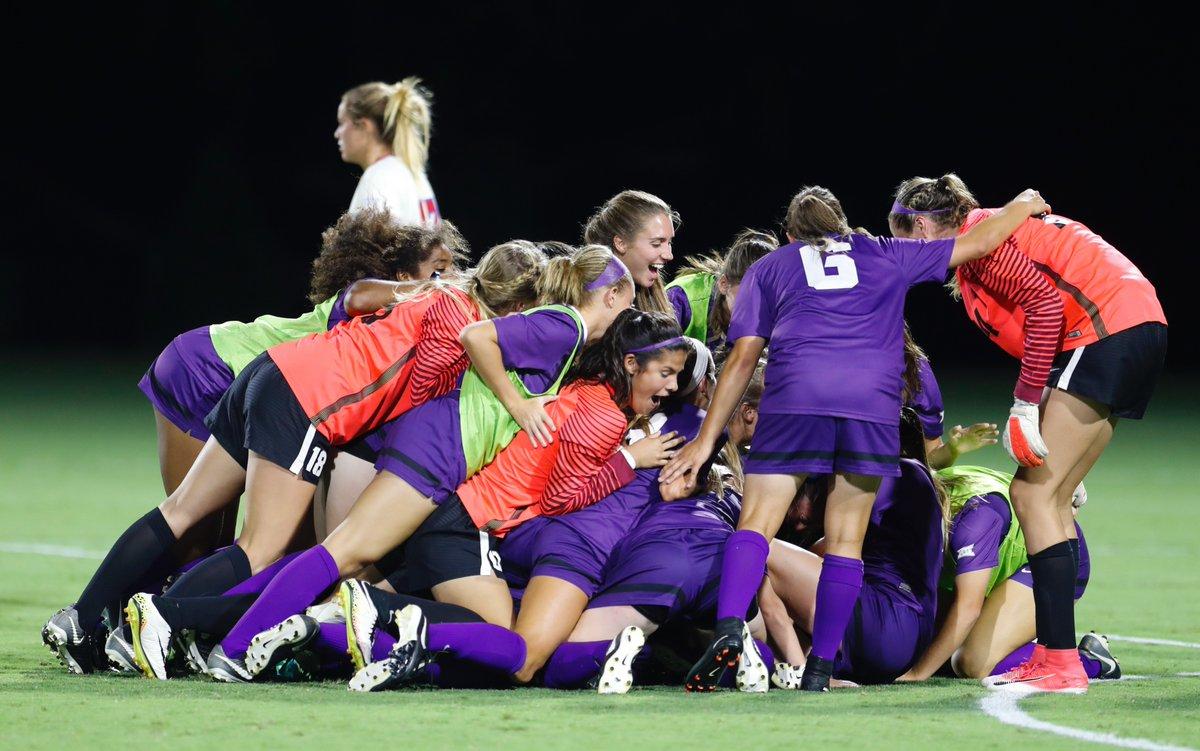 “Our kids played very well,” head coach Eric Bell said. “I’m very happy for them and for their performance. We gave them everything they could handle.”

The Mountaineers almost broke the game open in the 24th minute, but the presence of sophomore goalkeeper Katie Lund saved the Frogs. A point-blank strike from West Virginia’s Michaela Abam was fired toward the back of the net, but a rising Lund deflected the shot off the crossbar and out of the net.

The Frogs built and maintained a strong backline throughout the first half, nullifying any West Virginia attack. Freshman defenders Tijana Djuricek and Ariana Owens along with senior defender Ryan Williams limited quality scoring opportunities for the Mountaineers and had an answer for each attack.

The Mountaineers outshot the Frogs in the first half 6-3, all three of TCU’s shots were on goal and saved by West Virginia’s goalkeeper Rylee Foster. Lund recorded two saves in the first 45 minutes.

The Frogs found the back of the net in the 52nd minute. A corner kick from senior forward Emma Heckendorn found Owens on the opposite side of the penalty box, shot the ball towards the net and found the head of senior forward Allison Ganter, who headed the ball into the back of the net. The goal was her sixth of the season and 18th of her career, tying Allison Calleri for eighth all-time in goals scored.

The Mountaineers pulled even in the 77th minute of the match. A rare miscue by Lund led to a corner kick for West Virginia. She inadvertently made contact with the ball on its way out of bounds, setting up the corner kick opportunity. Amandine Pierre-Louis scored the goal directly off the corner kick, curling the ball in from the corner spot.

The match was tied at one after 90 minutes of action, sending the Frogs into their third straight overtime match.

Both overtime periods were full of back-and-forth action and both goalies were forced to make one save each.

The Horned Frogs ended the game in a penalty shootout for the second straight match. The penalty shootout was reminiscent of Wednesday’s match. TCU did not miss a shot and Lund made an impressive save to outscore the Mountaineers 5-3 in the shootout. The Frogs are nine for nine on penalty shots in the tournament.

Bell praised the senior leadership following the match, citing it as one of the main factors in determining the victory.

“We put Ryan at No. 5 [in the shootout] because we know she’s got ice water in her veins,” Bell said. “Allison is always there to score a big-time goal. We rely on those guys, more so now than ever and they are leading us. I’m happy with their performance and I’m happy with the team’s performance.”

With the victory, the Horned Frogs will advance to their second straight Big 12 Championship game, setting a school record with eight overtime victories. They are unbeaten in all eight.

Sunday’s appearance in the Big 12 Championship marks the third conference championship game the Frogs will play in since joining the conference. They previously played in the game in 2012 and 2016.

“Nothing is ever guaranteed,” Bell said. “We are fortunate to be back here, but it’s hard to get back here. We have to take advantage of the opportunity and hopefully come away with a championship.”

The Frogs will conclude play at the Big 12 Championship in the title game Sunday afternoon against Baylor. Kickoff is scheduled for 3:00 p.m. and the match will be televised on FS1.