TCU is 5-1 this year against teams it lost to last season. That one defeat was to Oklahoma in Norman and now the Horned Frogs have a second chance.

This game isn’t just for pride, the first Big 12 Championship Game since 2010 is on the line Saturday at AT&T Stadium.

Patterson said Monday on a conference call with reporters TCU has to start a lot faster against OU. The defense will also have to stop the Sooners ground game.

“We have to come in with a different attitude this time around because we were a little in awe of the situation, which I was surprised about,” Patterson said.

Defensively, matching up better with Sooner running back Rodney Anderson is a must. The redshirt sophomore from Katy, TX gashed Patterson’s defense for 291 yards rushing and receiving with four touchdowns, two rushing and two receiving.

“We needed to tackle the running back: Rodney Anderson is a good player and we need to do a better job against him because half the time we didn’t tackle him when he came out of the backfield,” Patterson said. “It’ll be a chess match just like the last one, we’ll have to start out a lot faster this time around.”

“After we missed a field goal and then we went three and out on the next drive and then they went back and scored,” Hill said. “You know it’s those stops early; we got to put up points early and we got to be able to match them.”

Patterson said that shouldn’t have rattled his veteran team, which includes 21 scholarship seniors.

Boesen is coming off a record-setting performance against Baylor with 5 ½ sacks. The senior set TCU and Big 12 records, while being just a 1/2 sack short of an NCAA record.

“Mat has a really good player on the other side in Ben Banogu, so it’s hard to double him,” Patterson said. “He plays with great energy, and he has a wrestling background, so he’s great with leverage and technique, plus, he has great speed.”

The Horned Frog defense should be close to full strength. Defensive starters: safety Niko Small and linebacker Travin Howard, the team’s leading tackler, are expected back.

Howard, the Horned Frogs’ leading tackler, made the trip to Texas Tech two weeks ago but did not play because of an ankle injury.

Here’s a look at TCU’s leading tackler Travin Howard. Was listed as a game-time decision, but no-go today. Hill out, Wilson out, Small out, Song out. pic.twitter.com/DS9l72zup5

He then suited up for the Baylor game last week but did not play. Small was not available for either game because of a concussion.

Safety Nick Orr will sit out the first half Saturday for throwing punches in a fight Saturday against Baylor. Patterson said he pushed for Orr’s suspension to only last for the first quarter.

“I thought the kid was defending himself, I’m not happy about, but I’m a big boy and I’ve been told no before,” Patterson said. “We had to miss players in the past, and it’s disappointing we got in that situation, but it is what it is. We played without Mat [Boesen] earlier in the season and in this game we play with the pieces you have.”

“They’re not putting in scrubs,” Oklahoma head coach Lincoln Riley said Monday on a conference call with reporters. “It will be a challenge facing them Saturday.”

“We wanted to be in position to play in this championship and here we are,” Patterson said. “So here we go.”

Patterson ‘hurt’ by Listenbee lawsuit, looks forward to telling his side of the story 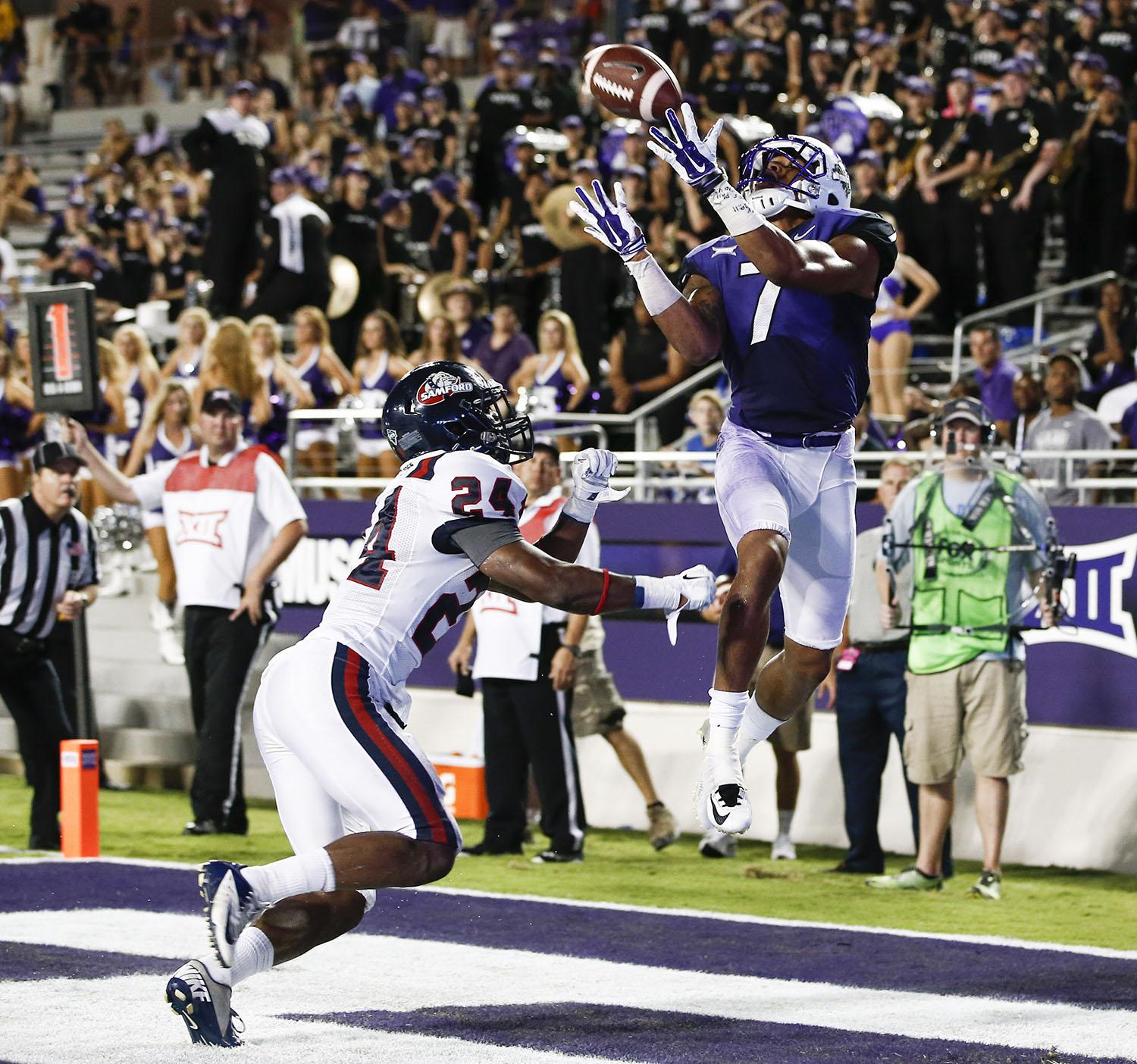 Students voice concerns on social media about discrimination at TCU