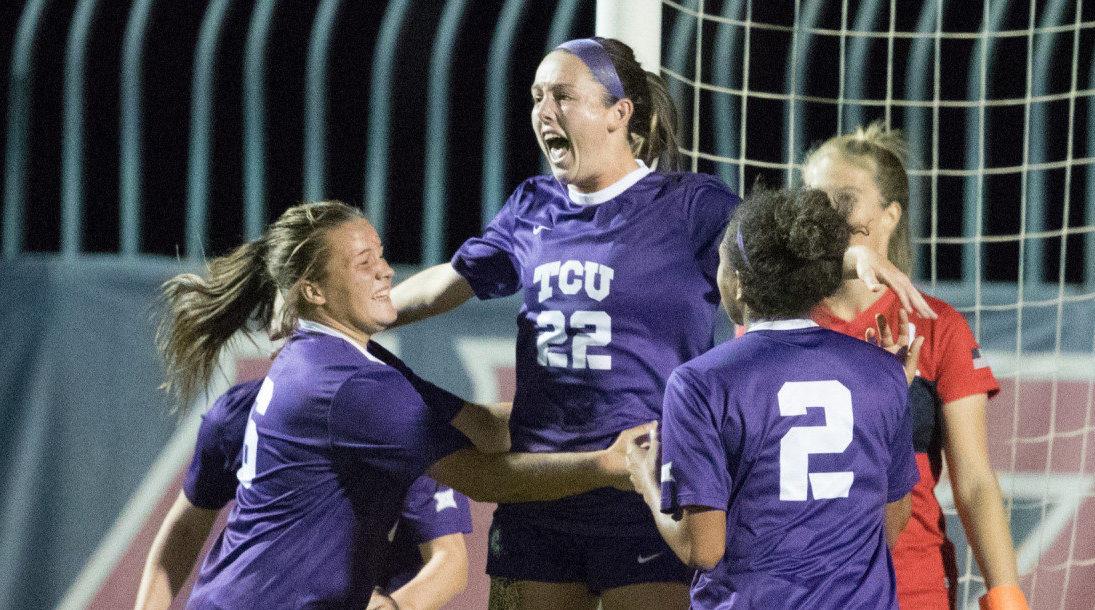 print
Two late goals by Arizona pushed the Wildcats past the Frogs in the first round of the NCAA Tournament and handed TCU a 2-1 loss.

“I thought after the first 20 minutes the game settled down,” head coach Eric Bell said. “We were able to find some people in some good spots. We changed the point of attack and once we passed the midfield line then there was a lot of space for us to run into and pass. We were able to come away with a nice set piece goal and went into the half with the lead.”

The Wildcats came out of the gates strong on their home field and the Horned Frogs were forced to weather the storm. Sophomore goalkeeper Katie Lund made a huge save in the 11th minute to keep the game scoreless.

12' WHAT A SAVE!! Katie Lund comes up big to keep Arizona off the board. #GoFrogs pic.twitter.com/7O49NYgFfc

The Frogs broke through in the 30th minute off of a free kick from 35 yards out of goal. Junior forward Kayla Hill chipped the ball into the box and found the head of first-year defender Tijana Djuricek. Djuricek headed the ball to senior forward Emma Heckendorn who fired home the only goal for TCU, writing her name in TCU’s history books as that was the first-ever goal scored by the Horned Frogs in postseason play.

It was a thing of beauty for Emma Heckendorn as she etches her name in the history book! #GoFrogs pic.twitter.com/VXatKe32Yc

The goal was the 17th of her career, tying her with Jill Cook for 10th all-time in TCU Soccer history. Heckendorn ends her career at TCU with 56 career points, good for 5th all time.

Hill recorded her second assist of the season and 11th of her career. Djuricek recorded her third career assist on Heckendorn’s goal.

The Frogs held the lead for 45 total minutes until Arizona found the equalizer in the 75th minute. Arizona’s Jada Talley’s fed into the box bounced around between defender and attacker until Samantha Falasco punched the ball in past Lund.

The Wildcats took the lead only six minutes later. A long shot from Cali Crisler found the back corner of the net, pushing the Wildcats in front to give them the 2-1 victory.

Even with the loss, Bell remains optimistic about the future of TCU Soccer. The Frogs will return 26 players from this season’s squad.

“I think that for us as a program and where we are, it was great for us to get here and score a goal for the first time in program history,” Bell said. “Now we have to figure out how to win the game. We’ve been here for six years and have made the NCAA Tournament each of the last two years. We are going to try and build on that. I told the kids at the end of the game that I’m very proud of them for what they’ve done, especially the senior class and what they’ve done for our program.”