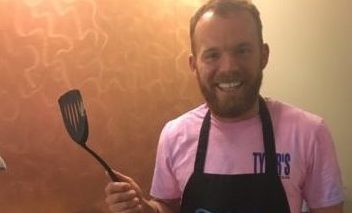 Startups are on the rise.

After the Great Recession of 2008 led to a steep drop in Americans starting new ventures, data from a recent study by Challenger, Gray & Christmas shows entrepreneurship has been making a comeback over the past seven years.

Former and current Horned Frogs have been part of this movement.

The TCU graduate says she hadn’t planned to start a company but was inspired after she froze a batch of popsicles for her friends, who liked the flavors. From there, Phillips launched Alchemy Pops as a mobile catering company serving her frozen treats at events and out of freezer carts.

With several competitors selling similar products in Fort Worth, Phillips emphasizes marketing as the key to staying competitive. To spread the company’s brand, she had to get creative.

“I’m just in there shivering, you know, inviting people to help us from a very vulnerable place of saying ‘I am literally freezing inside of this freezer’ but also, ‘I’m a person trying to put this product out into the world,'” she said.

Now she’s preparing for a company milestone — opening a retail store on the 400 block of South Main St.

“We’ll have somewhere our brand can really come to life for our customers,” Phillips said. “Now they’ll get to walk into a place that’s totally our own, which we’ve never had before.”

Alchemy, from which the shop gets its name, refers to transforming something into gold. It’s a process Phillips compared to her journey.

While Phillips prepares for her company’s newest addition, some students are already launching companies before graduation.

Paul Freeman, a business information systems and supply chain management double major, is the founder of Headstrong Wearables. His product is a microchip that can help prevent construction workers from collapsing due to heat exhaustion.

Freeman noticed this problem during a summer internship working for a railroad where he saw several employees had to be taken to urgent care after an incident. Afterwards, he created the chip, which can be inserted into a hard hat, that tracks an employees’ heart rate, body temperature and blood pressure, so managers can be alerted if they’re in danger.

Headstrong Wearables has already received attention from Coleman Industrial Construction, who wants the product to be tested on its job sites.

TCU then sponsored his trip to Florida where he pitched again at the Collegiate Entrepreneurs Organization’s national conference where he was placed sixth best pitch in the country.

“It was just an incredible experience,” Freeman said. “I was able to meet a lot of really incredible entrepreneurs and people in the industry. Hopefully, those connections, moving forward, will be beneficial.”

He said there’s been a lot of interest in his product, so he wants to continue working on Headstrong Wearables over the summer.

Freeman encourages students to follow their passions by finding a problem in the world that bothers them and making their own solution. He said once they find a passion, “the work is easy.”

Evan Saperstein is doing just that, but he’s not a student.

The Hays Hall Director is also the creator of Sap N’ Stacks, a brand of vegan pancake mix he created to give people a healthier breakfast option.

His company started when he cooked breakfast for the hall director staff during a retreat. Saperstein said many of them were surprised how much they liked his pancakes.

“They told me I should jar it and sell it,” he said. “I know they were joking, but I actually jarred it and started selling it.”

Saperstein talked about how veganism has helped him improve his health.

He adopted the vegan diet in 2011 and found that it made competing in triathlons much easier for him, to the surprise of other participants. Training without meat and eggs, he said, was even better for improving his physical fitness.

Now he’d like other people to try it out too.

Sap N’ Stacks has mostly reached his residents and local marketplaces, so Saperstein pitched his idea at a 1 Million Cups event at the TCU Campus Store to seek feedback. Audience members were receptive to his presentation and tried samples of his miniature pancakes.

He expressed his excitement about presenting his brand to an audience for the first time and his hopes to make this his full-time job.

“For me to take this on and get the positive response feedback I got here is awesome,” Saperstein said. “It’s just great. It’s like a thumbs up in the right direction.”

Students and alumni seeking advice about starting a business can visit the Entrepreneurship Office on the third floor of Smith Hall for help.