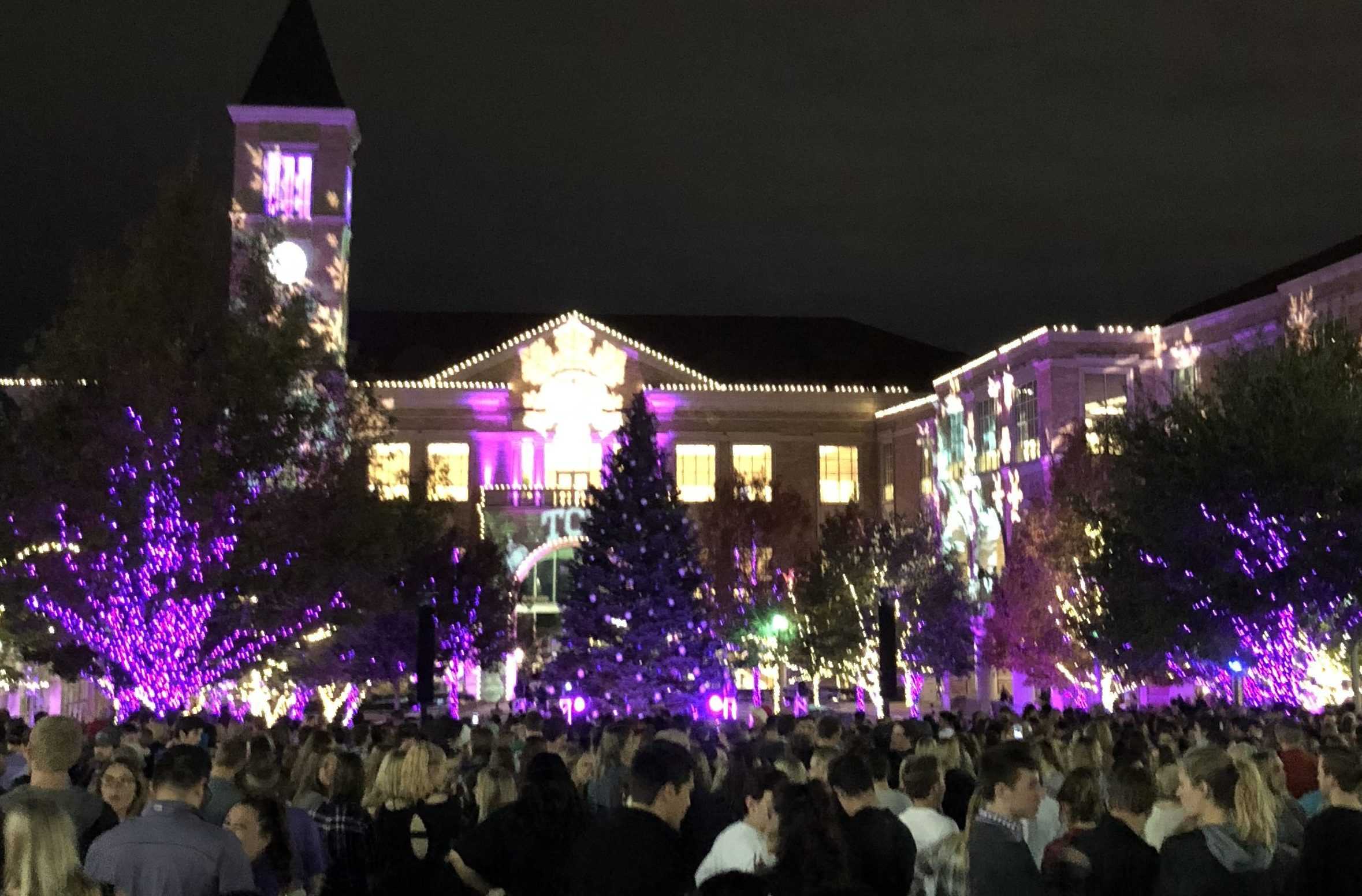 print
TCU kicked off the holiday season Tuesday with some new items under the Christmas tree.

Johnnyswim, a Los Angeles-based music duo, joined the annual tree lighting and fireworks display that ushers in the holiday season. On a stage centered in front of the decorated Christmas tree, the duo added personal twists to Christmas classics and played their own original holiday pieces.

Brad Thompson, director of Student Activities, said organizers wanted the ceremony to be more of a concert-tree lighting with the live music as a primary attraction.

“While music in the past has been in the background, it’s more like the highlight focus of the tree lighting this year,” Thompson said.

Emily Cosler, a sophomore finance and marketing double major, said she thought Johnnyswim was the perfect addition to this year’s tree lighting.

“It was absolutely amazing,” said Cosler. “I wouldn’t want any other band. They were so good up there and the whole crowd was into it.”

Sydney Schumacher, a junior marketing major, said hosting a live concert at the ceremony made the event even better.

Many TCU students said they thought the concert drew larger crowds and created an even stronger sense of community. Members of all ages from the TCU community also gathered along the fluorescent trees lining the Campus Commons as children ran around laughing, writing letters to Santa and drinking hot chocolate in 70 degree weather.

Sophomore Ashley Duncan, a neuroscience major on the pre-med track, said it’s a good break from all the stress that comes with the end of a semester.

“It’s just a way to get everyone together to celebrate a time, have hot chocolate and see kids running around,” Duncan said. “It’s just like a community celebration.”

Thompson said student activities puts a lot of care into planning the event which is what makes the ceremony so special for all members of the TCU community.

“We’ve found that people just love being together with the community, the tree and the fireworks—all that stuff is what they come for,” said Thompson. “TCU has changed so much over the years, but I think this is a tradition that has really continued to hold firm.”