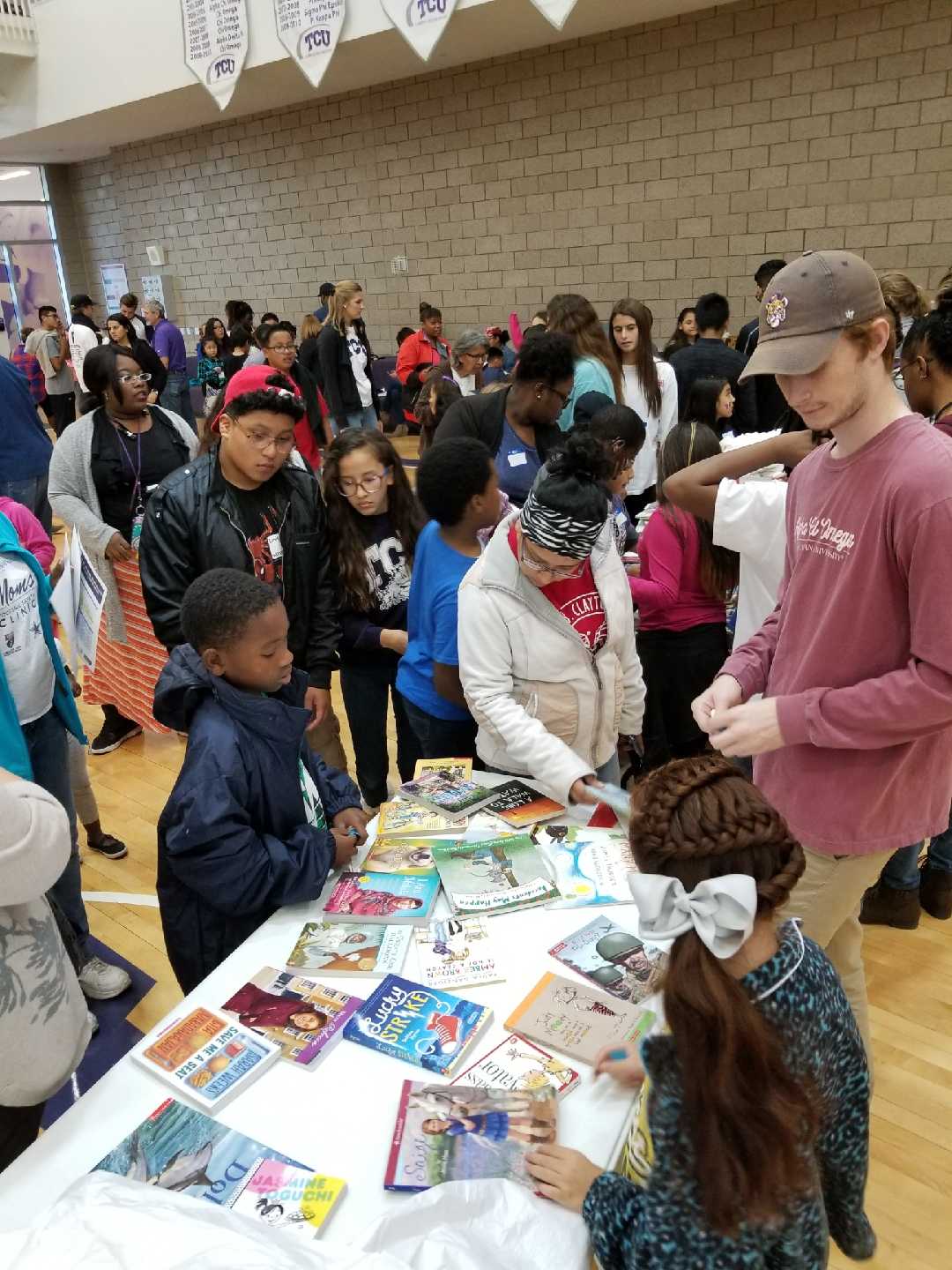 Hundreds of TCU students volunteered Saturday to make a difference in the Fort Worth community through the LEAPS program, a campus-wide day of service.

Students performed various tasks at 18 sites in the community. They painted fences and benches, stained a deck, wrapped up t-shirt bags, made Thanksgiving food bags, ran a festival, fed the homeless, played with animals and worked with children.

Kendall Wulbrun, a LEAPS service site coordinator and a sophomore sociology and communication studies double major, said she saw TCU volunteers engaged in feeding lunch to 300-500 homeless people at WhenWeLove and cleaning the garden grounds at the HOPE Farm.

“LEAPS was a great way for students to become aware of the problems that exist in our own community and how we can get involved in serving others,” Wulbrun said. “It was great to see students enjoying the work they were doing and forming relationships with the community partners.”

While most programs were held off campus, one program called Leap Frogs was held on campus at the University Recreation Center. Approximately, 50 student volunteers read to 205 pre-school through sixth-grade children, including some from the Union Gospel Mission homeless shelter.

Jessica Puyo, the LEAPS Director and a senior early childhood education major, said she combined her passions for helping children, reading and education to focus on the Leap Frogs program.

She also said that she partnered the Leap Frogs program with the Fort Worth Independent School District in an effort to support their 100X25 initiative goal, which is to have 100 percent of third-graders reading on grade level by 2025.

“The whole point is to read together, college students and elementary school children, and then give them a book to take home to encourage them to read on their own,” Puyo said.

The Leap Frogs program not only inspires children to read by giving them a book to take home, but also by pairing them with TCU students to act as role models and to make reading fun said Nicole Gorretta, the LEAPS marketing coordinator and a sophomore movement science major.

“A third-grade girl came up to me and said she came here today because this is where she wants to go to college,” Gorretta said. “It really made my day knowing that I can help motivate this girl to reach her goal of coming to TCU.”

The day was not only meaningful to the children who attended Leap Frogs, but also to the volunteers who worked with them.

Hunter Smith, a first-year ranch management major, said volunteering means a lot to him because he wishes there had been programs like this in his hometown of Amarillo.

“I know some friends back home that can’t read very well and this could have helped them a lot,” he said.

Tony Zubieta, a first-year business and Spanish & Hispanic studies double major, said volunteering gave him a way to pay it forward to the Fort Worth community where he was raised.

Puyo said she is grateful for this experience and thinks it was a cool opportunity for TCU student volunteers to join the community because often times, it’s easy to forget that there’s a whole world outside of TCU.

“It makes me feel grateful to my executive board, volunteers and families who brought their kids out on a Saturday,” she said. “With this, I’m hopeful for future giving and service to make the world a better place, leaving it better than when we entered.”

I am a Communications major and a Journalism minor. I am a reporter for TCU 360 and I am working on the Greeks beat