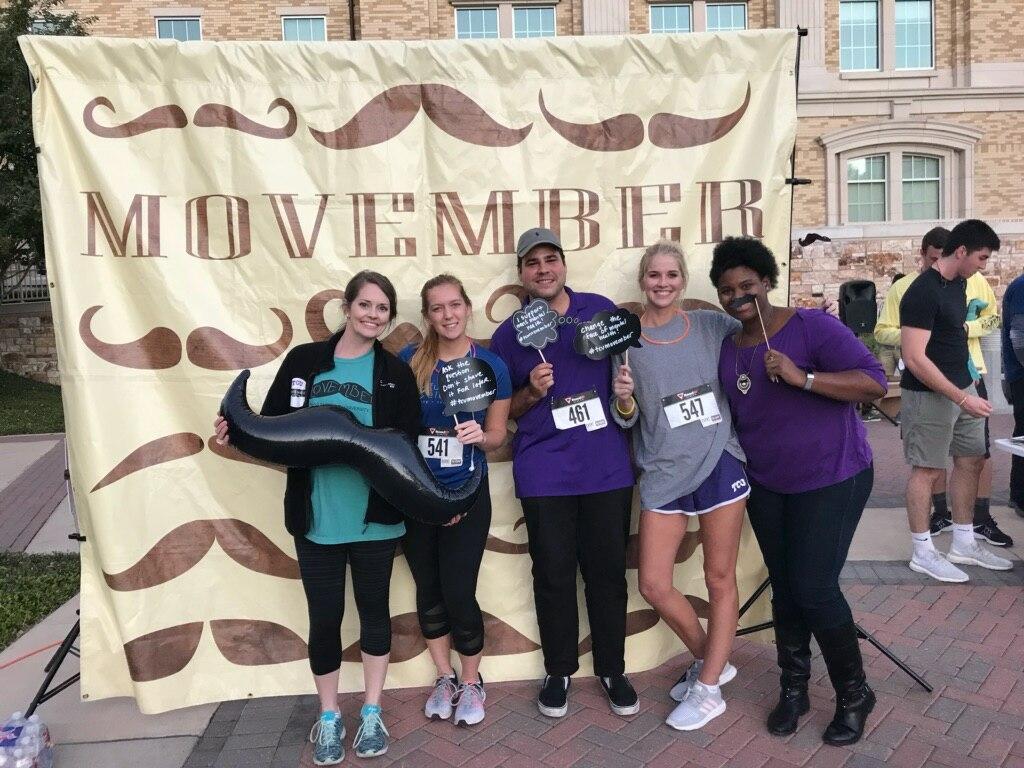 The Interfraternity Council is working to promote men’s health on campus through its month-long campaign, Movember.

The council held a 6K Recovery Run that routed around the TCU campus Friday evening to raise funds and awareness for the Movember Foundation.

“We chose the Movember Foundation as our flagship philanthropy in 2015 because it is the only international organization that solely benefits men’s health initiatives,” said Patrick Hornung, the council’s president and a junior finance major.

Alex Gonzalez, the council’s vice-president and a senior finance major, said Movember is a noble cause and hits close to home since the members of the Interfraternity are males.

The Movember Foundation focuses not only on men’s physical health issues, such as prostate and testicular cancers, but also on mental health, addiction recovery and suicide prevention.

“Three out of four suicides in the United States are committed by males and 15.1 million men in the United States struggle with substance use disorders, but only one in 10 asks for the help he needs,” Gonzalez said. “That’s one of the reasons this is a 6K run instead of the ordinary 5K: We’re going the extra distance to get the help needed for long-term recovery.”

Jace Jenkins and his two young sons, Grady and Graham, are active 5K runners and came out for the 6K run Friday.

“We didn’t realize that TCU supported men’s health, so we decided to come out and run,” Jenkins said. “It was a great course with a lot of good hills and the weather was fantastic, so it turned out to be an unbelievable run with a good cause.”

Emily Head, a senior psychology major, said she ran to express her concern and the goodwill in her heart. Mason Anthony and Quinn Boyd, both first-year business majors and Kappa Sigma members, said they ran to support a good cause while getting good exercise.

“No matter male or female, there are people of all walks of life who have a father, a brother, an uncle, a friend, who has been affected by prostate cancer, testicular cancer, or mental illnesses and we wanted to give them a chance to come out and support the cause,” Gonzalez said.

I am a Communications major and a Journalism minor. I am a reporter for TCU 360 and I am working on the Greeks beat