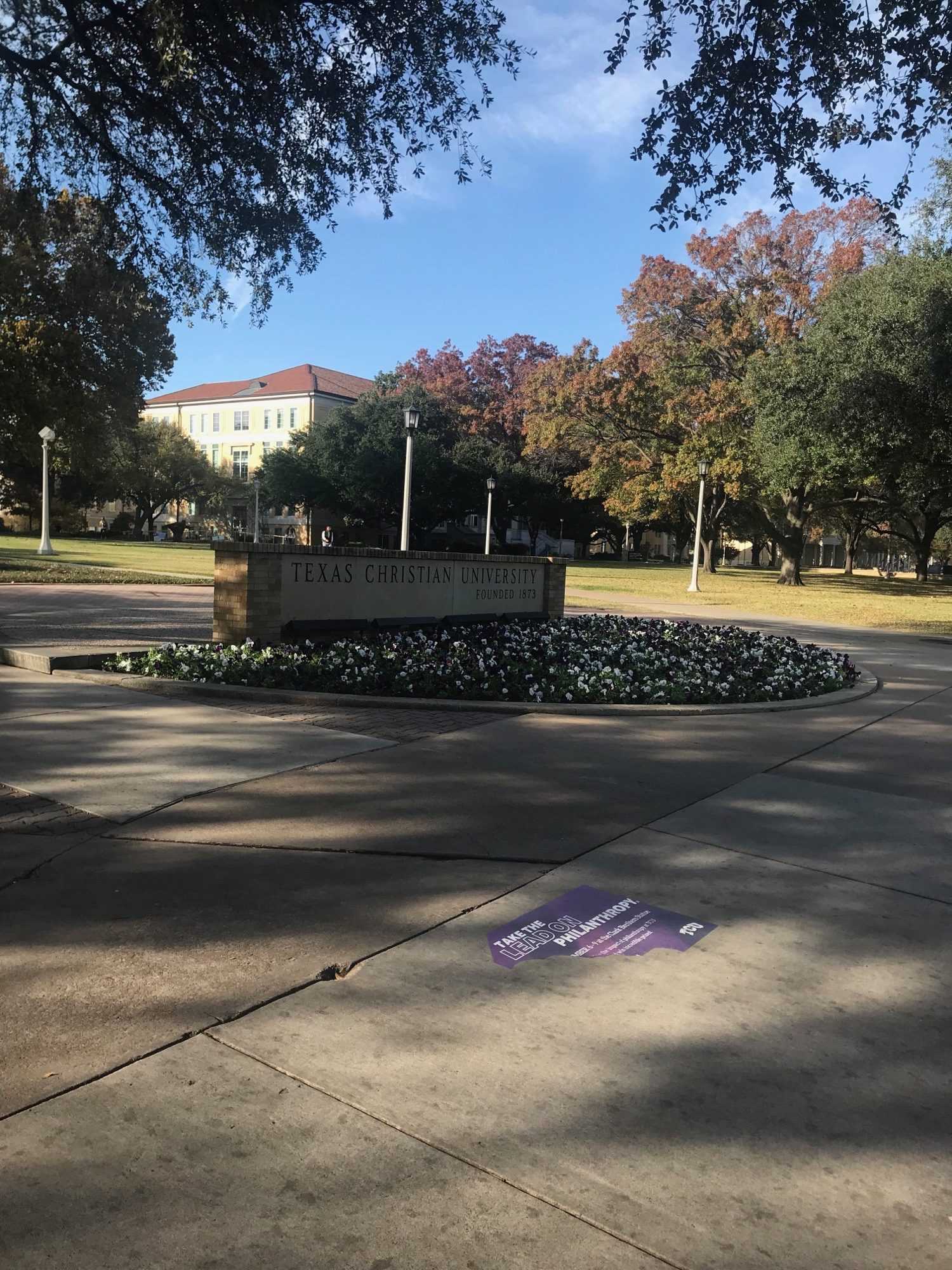 Some students associate the “TCU experience” with community, activities, and fireworks; but for many students of color, issues arise– issues students, faculty and administration plan to improve through better representation, inclusiveness and dialogue.

Dr. Lynn Hampton, a professor in the department of sociology and anthropology and member of the executive committee for the comparative race and ethnic studies, said representation is one of the key issues students of color face.

“You tell students that you believe in them, they’re capable and they can do anything and major in anything and be ethical leaders,” Hampton said. “But it’s hard to be what you don’t see.”

There are currently no statistics on the faculty demographics for 2017, but according to the 2016 TCU Fact Book 18 professors, 30 associate professors and 35 assistant professors identified as non-white.

Hampton, who went to a predominantly white undergrad and graduate institution as a student, teaches honors and Comparative Race and Ethnic Studies (CRES) classes. Hampton said these courses differ drastically in terms of the demographics in the classroom. She described her CRES 10103 class as a “very racially mixed classroom” and her cultural context zone honors class as a “homogeneous classroom.”

CJ Ervin, a first-year CRES major and a community scholar, said his interactions with non-minority students have been challenging.

“I noticed all those students of color that went to eat at the BLUU always ate on the outside of the areas that we’re allowed to eat while most of the non-students of color sat in the center,” he said. “That was probably my first taste of the climate here on campus.”

He also said he has encountered racially insensitive incidents, including a student mocking another student’s Hispanic culture and white students using the “n” word in his presence. He said he once heard an acquaintance say he felt community scholars receive full scholarships because they are students of color.

Ervin is also a SGA representative for the Class of 2021, who is seeking to propose initiatives on diversity and inclusion to better the TCU experience for every student.

“If we’re collectively not seeking new ways actively, on a regular basis to improve the student experience for all people I feel like we’re not doing anything productive,” he said. “We’re being counterproductive.”

Shanel Alexander, a senior political science major and one of the organizers of the list of demands presented last fall, said her outlook on TCU changed when she was called the “n” word off of University Drive on her first day of classes as a transfer student.

“I just don’t want to be made to feel like I’m the other,” she said. “There’s no point, especially since we’re all supposed to be one big Frog Family. I mean it’s kind of the opposite of that being a minority here.”

Alexander said there needs to be more interaction among students, faculty and administration to improve inclusiveness and diversity on campus.

“There seems to be a huge disconnect between where the administration thinks we are and where students perceive us to be,” Hampton said. “We have diverse bodies, but we’re not an integrated institution in terms of how we interact with one another.”

Ervin said in order to create integration on campus, TCU needs to start dialogues about differences. Hampton said classrooms are a good place to foster these discussions.

“Those conversations have to start in the classroom because that’s the contained atmosphere,” Hampton said. “That’s the environment where students feel safe. They feel comfortable. They can engage. They can have questions.”

Ervin, who participated in a discussion about the film “Get Out,” said low participation in campus-wide events of that nature continues to be a problem.

“If we were having a school-wide discussion, why is it that out of 50 people that were there, only one of them didn’t look like the minority students that go here?” he asked.

Dr. Darron Turner, the Chief Inclusion Officer, said the university is working to implement such dialogue into the curriculum, instead of keeping it as participatory.

Dr. Turner who works with the Diversity Equity and Inclusion committee, and a campus bias response team that will go into effect next January, said these groups are set in place to work on improvements and development on these matters.

“I think the main thing is for students to know that they have a place they can come and register their concerns,” Turner said. “We want students to have a good experience.”

Hampton said there is more work to be done on inclusivity on a structural and institutional level at TCU.

“I’m hopeful that is where we’re going to be moving in the future,” she said.