TCU led by as many as 13 points, 67-54, with 10:48 to play after Horned Frog forward Kouat Noi hit his career-high fourth three-pointer. Noi finished with 14 points and nine rebounds.

The Sooners, led by Young’s 39 points and 14 assists to go along with 22 off the bench by guard Kameron McGusty closed out TCU’s first loss in 17 games dating back to last season on a 36-16 run.

Oklahoma scored the first eleven points, eight of which came from Young, including one three-point from about 30-feet in which TCU guard Jaylen Fisher could only shrug. However, the Horned Frogs answered with ten consecutive points of their own on back-to-back three’s by Kouat Noi and Kenrich  Williams plus lay-ins from Alex Robinson Robinson and Ahmed Hamdy.
TCU took a five-point lead into the locker room, 46-41. The Horned Frogs came out of the gate looking for some breathing room, as they scored the first five points on a lay-in from forward JD Miller and a three from guard Desmond Bane to take a double-digit lead, 51-41.
Then Oklahoma stormed back, ripping off a 13-5 run to cut the Horned Frog lead to three, 55-52, with 14 minutes left in the half. Young’s backcourt partner Rashard Odomes provided eight of those points.
The Horned Frogs then put their foot on the gas, answering with an 8-0 push with four points each from Hamdy and Bane, including a rim-rattling throwdown from Bane that caused an eruption at Schollmaier Arena that put TCU up 11, 63-52. The run was eventually capped by Noi’s career-high fourth three, which gave the Horned Frogs a 13-point edge, 67-54, with just over ten minutes left. However, Young and the Sooners wouldn’t go away, tying the game at 85 with a minute left after the freshman drained a jumper for his 37th points.
Without any timeouts, the Horned Frogs quickly advanced the ball to Williams who pulled up for three and couldn’t hit.
“I probably could’ve gotten a better look, I kind of rushed it,” Williams said. “It is what is.”
The senior guard finished with 22 points and nine rebounds.  Dixon was stunned with the result of the final play.

“Gosh, we practice that a lot,” Dixon said. “We’ve practiced it a million times, and we’ve never ended up with that shot with 7.9 seconds, so was surprised we got what we got.”

Second-half rebounding also came back to haunt the Horned Frogs who were out-rebounded by six, 21-15, after taking a halftime advantage on the boards, 31-19.

However, Dixon cited his team’s transition defense as a critical factor with the Sooners out-scoring TCU on the fastbreak by 11 points, 19-8.

“We got hurt on transition, which is where he [Young] got his assists,” Dixon said. “Our lack of commitment to transition defense has hurt us all year long and it got us a loss.“

Another thing the Horned Frogs will look to fix in the long run will be free throw shooting as they missed ten shots from the charity stripe, going 21-31. The Sooners hit one more free throw, shooting 22-31, the difference in a one-point game.

The Horned Frogs have another tough Big 12 contest next, a matchup in Waco with No. 18 Baylor.

“It’s a tough loss that can’t turn into two,” Dixon said. “We have to get ready for Baylor and we will play Oklahoma again shortly up at their place.”

TCU will face the Sooners again in Norman Jan. 13. Tipoff between TCU and Baylor is set for 6 p.m. Tuesday, Jan. 2. 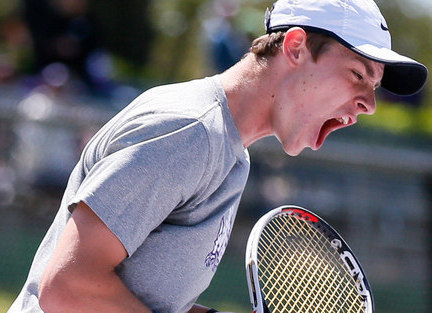 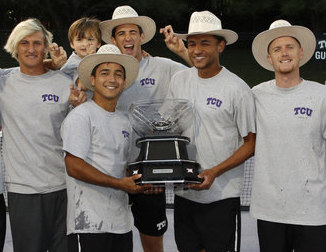