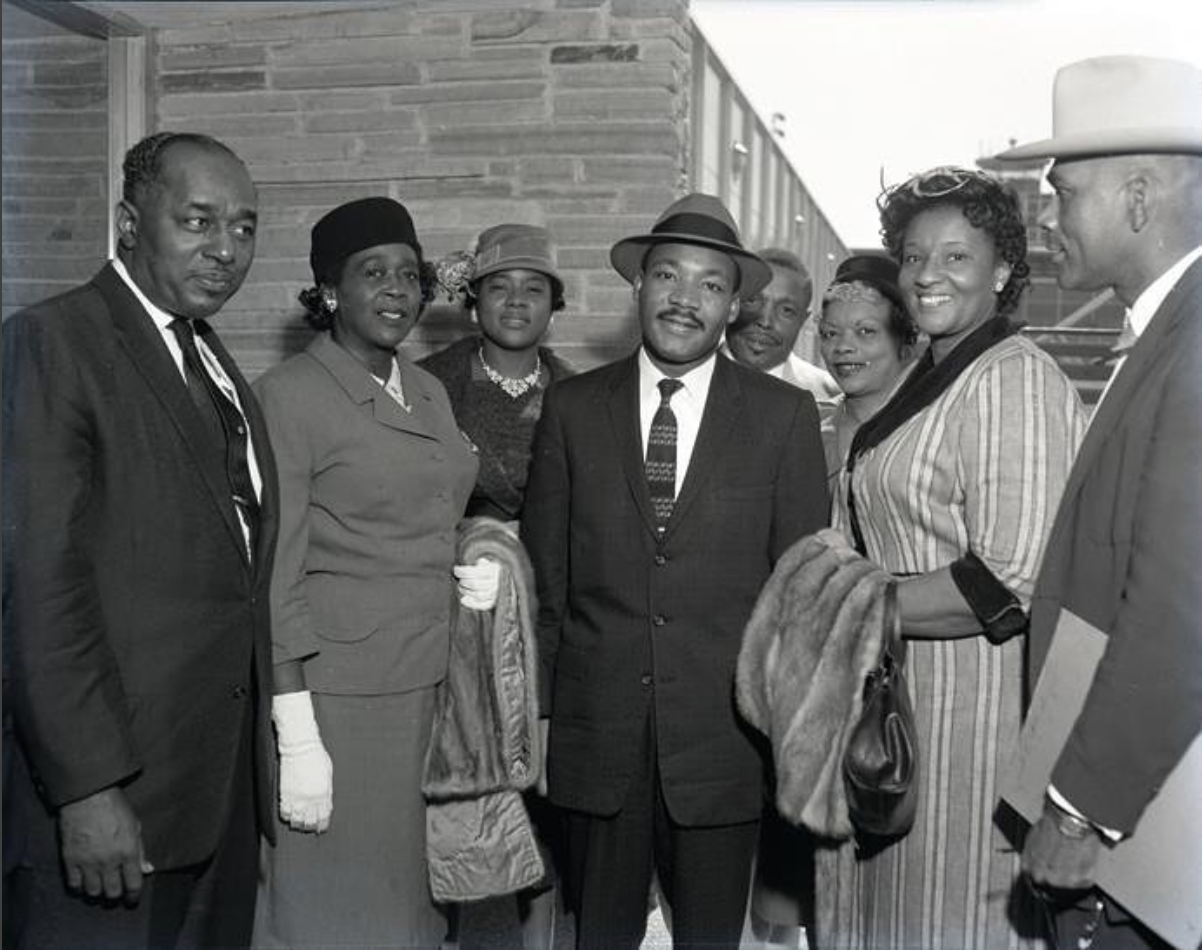 print
Every February the legacies of influential African-Americans are celebrated during Black History Month and the Brite Divinity School has someone in their history that helped change the nature of its school, TCU and Fort Worth all together.

Back in 1959, civil rights leader, activist and minister, Martin Luther King Jr. found himself visiting Fort Worth with the help of a friend – the first African-American graduate of Brite.

Vada Felder was her name.

Her story of how she became the first African-American graduate of Brite might be likened to one of chance or simply, the right timing.

According to “Institutional Change in Theological Education: A History of Brite Divinity School,” during the summer of 1952 while riding the train back to her Fort Worth home, she picked up the paper and read news that would go on to change her life: “Negro students with standard Bachelor degrees were to be admitted to Brite College of the Bible beginning in the fall.”

It was also the last day of registration.

Upon returning home from the train station she picked up a copy of her transcript and went straight to Brite to register. Felder walked in with her transcript and walked out with a full scholarship. She would go on to graduate from Brite with her Master’s in Religious Education in the fall of 1954.

She was the first African-American graduate, male or female, from both Brite and TCU. Although Felder was the second African-American to enroll at Brite, John Claiborne, who was the first, found himself graduating a semester later with a Bachelor’s of Divinity in the spring of 1955. Claiborne would go on to be a chaplain in the military.

“For all intents and purposes, it is reasonable to say without her, Martin Luther King Jr. may have never visited the metroplex, or the state of Texas at all,” senior Mason Wagner said in his research paper titled ‘Vada Felder: The ‘Real’ Super-Frog.’

Wagner, a religion and communication studies double major did the research paper on Felder’s legacy last fall in his religion class.

“[She] is a character that every TCU student should recognize for this very reason,” Wagner said.

Martin Luther King, Jr. being hosted in Fort Worth, TX (my hometown) by Vada Felder in 1959 (via @budkennedy) pic.twitter.com/hq546iDDxx

In 1959 Felder met King and his wife Coretta Scott King at a Baptist meeting in Nashville, Tennessee. During that summer she invited him to come to Fort Worth to deliver a lecture. King agreed and even wrote her a letter confirming his visit with the date Aug. 8. Felder kept the letter for the rest of her life.

King would arrive in Fort Worth Oct. 22 and was greeted by anger, hate and even bomb threats as Fort Worth at the time was close to a pretty much all-white city. In addition to community reactions upon hearing of his visit, TCU strictly forbade King from speaking.

Since he wasn’t welcomed to stay in any hotels in the area, King stayed with Felder in her home on 1331 Stewart Street, which still stands today.

And despite all the threats, she wasn’t afraid to give him shelter either.

Before his lecture that evening Felder had arranged for King to have a meeting with Brite faculty at the house of Dr. Harold Lunger, professor of Social Ethics. Following the reception, King would deliver his sermon entitled “A Great Time to Be Alive” in front of a crowd of about 400 who paid $1.25 to see him at the now-gone Majestic Theater downtown (where the Fort Worth Convention Center is now located). His sermon addressed “the struggle to save the soul of America.”

Wagner said Felder should be a familiar name in Fort Worth and TCU history. He also said her accomplishments should be honored and celebrated, especially considering the difficulties she would have faced as a black woman at that time during the Civil Rights movement.

“She is the foil for the argument of racial integration not being a benefit of the institution, which while no one in the present day would hopefully make this argument, many people at the time were,” Wagner said. “Dr. Felder is a civil right leader in her own her right, blazing a trail for many young people to follow in her footsteps for equality. This is why it is heartbreaking that so many people do not know who she is, and the people that do are becoming fewer and fewer in number.”