Twenty-five teams, 577 participants and one purpose: raising money and awareness for Cook Children’s Hospital through dancing.

TCU Dance Marathon (TCUDM), a student-run philanthropic organization, is hosting its fourth annual 12-hour dance marathon in the TCU Recreation Center this Saturday at 10 a.m.. Students will have to stay on their feet for the whole 12 hours to celebrate the children from the hospital and the participants’ fundraising efforts.

A record number of participants are signed up to dance this year — over a hundred more than the 424 participants last year.

“It’s incredible to hear the struggles that these kids have overcome in their short lifetimes and to see the happiness that this day brings them,” TCU marathon Director Sommerly Stuart said. “We get so defeated by the smallest obstacles, and yet these kids face battles we can’t even fathom, and have more pure joy in their hearts than anyone I’ve ever met.”

Participants are joined by families from the hospital who join in for games, food and share their stories. The marathon concludes with a ceremony where the total amount of money raised is revealed. The organization raised $90,005.93 last year.

However, for many participants, the marathon isn’t just about raising money and awareness. It serves as a way to remember and celebrate the life of former fellow student Taylor Helland.

The TCUDM dedicated its second year to the sophomore who died in 2016 from colon cancer the morning of the event. Helland has since become an emblem of the organization, giving many students a personal connection to pediatric cancer.

“Taylor is the reason we dance and have this organization to begin with,” Maddy Lewing, internal vice president for TCUDM said. “There are so many kids that are, just like she was, going through some of the hardest moments of their lives and spending all of their time in a hospital. We want to make sure we do everything we can to make that better.”

Organizers have designated the week leading up to the marathon as “Taylor Week.” Students pushed to raise $5,000 in Helland’s name Monday and held a memorial for the dance marathon supporter Tuesday.

Lewing said that Helland’s mantra, “Choose Joy,” encompasses the dance marathon as a whole, which strives to bring positivity and joy to children that don’t get to have a normal childhood. 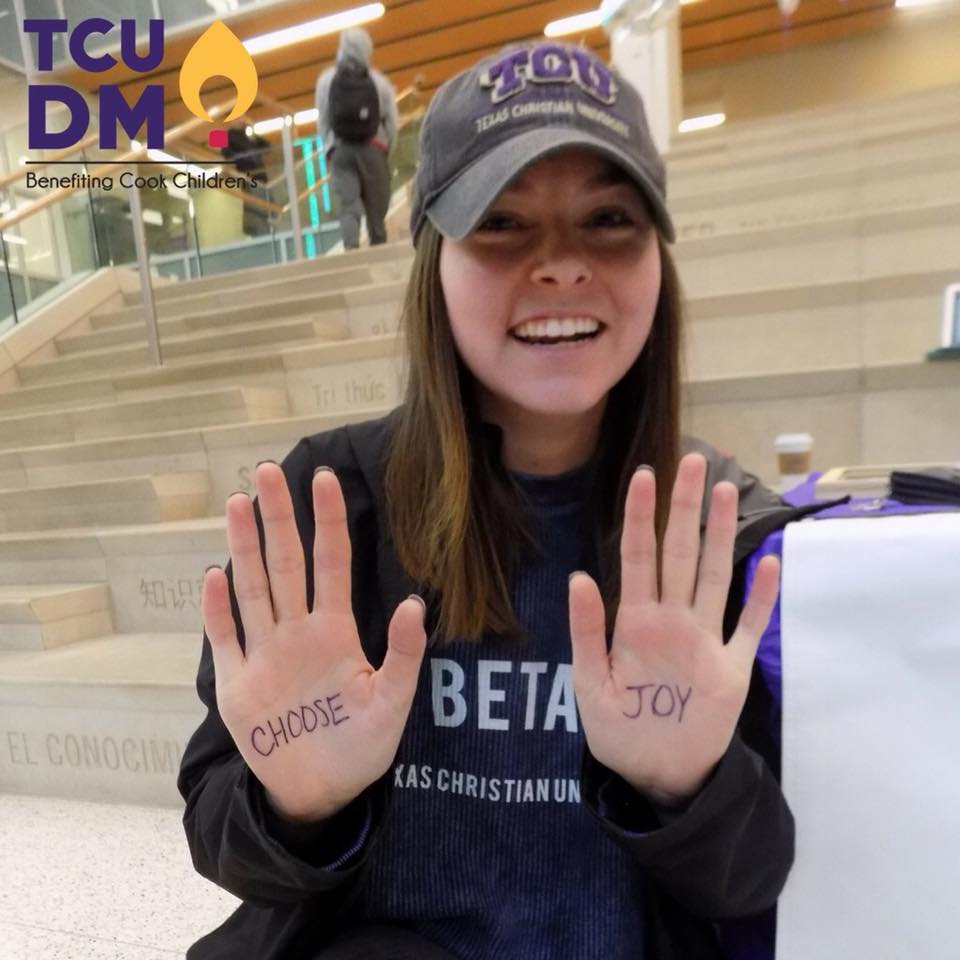 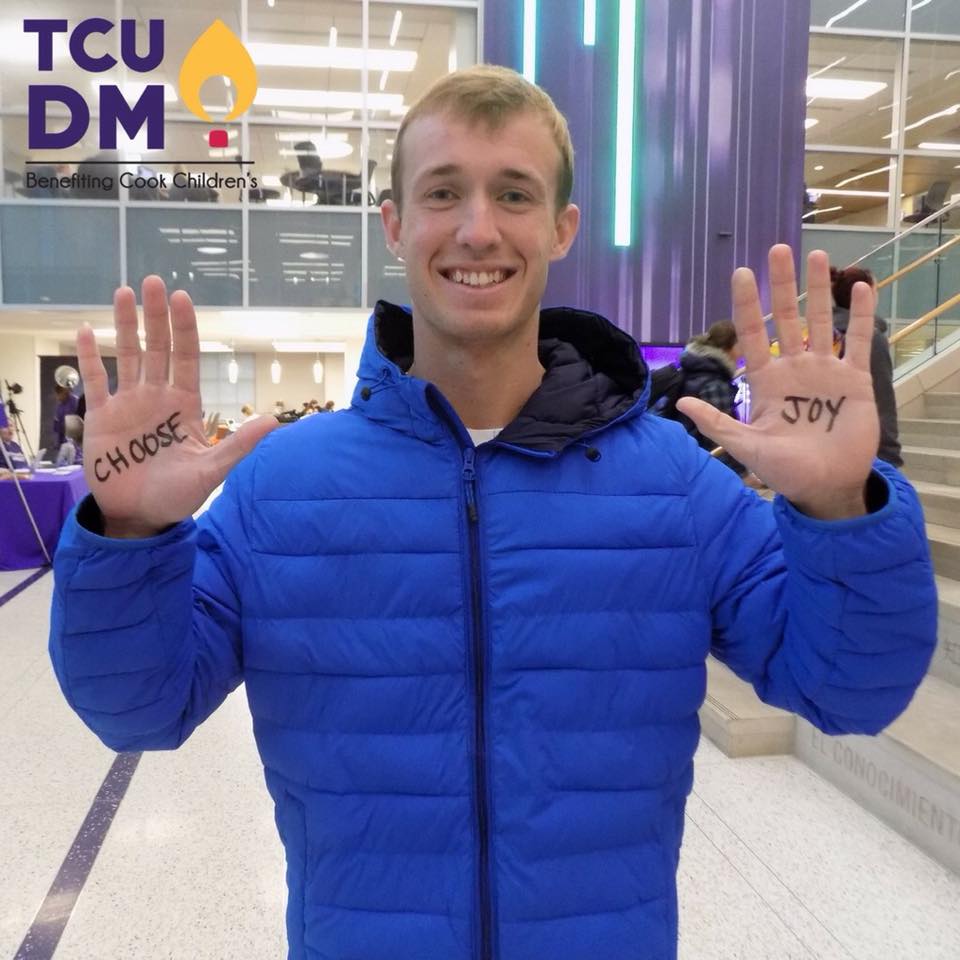 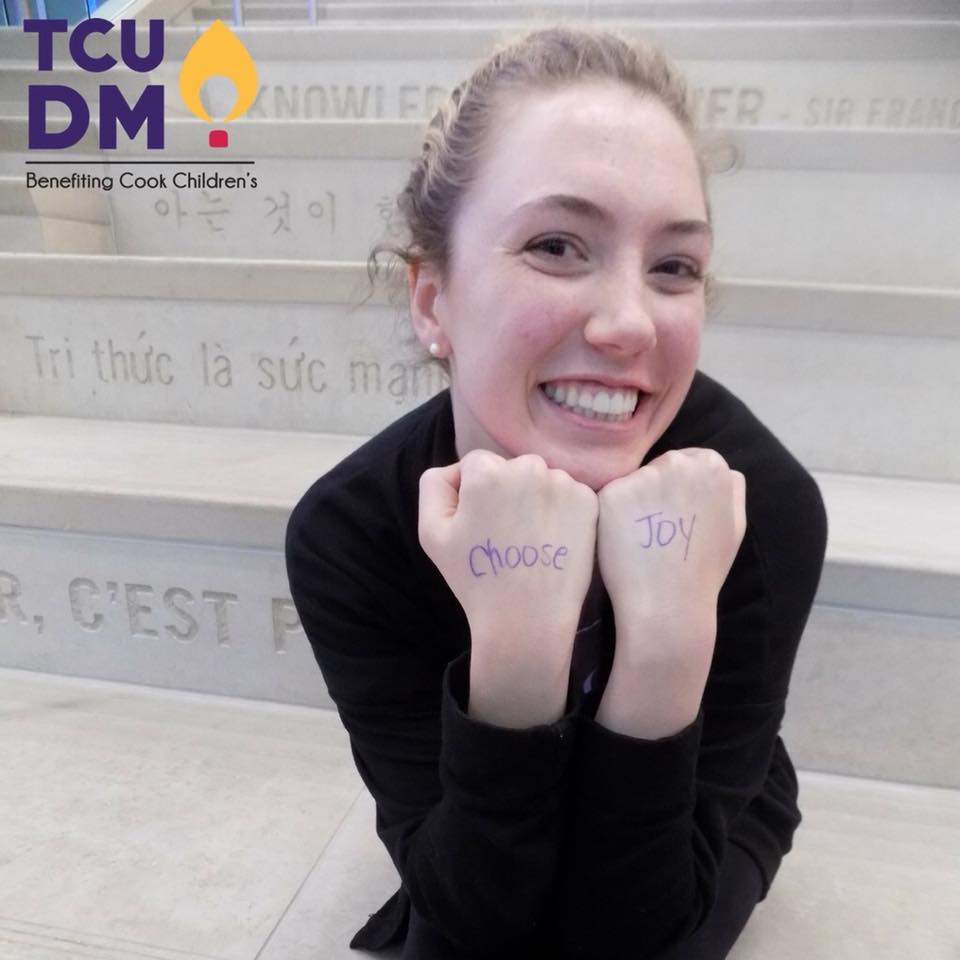 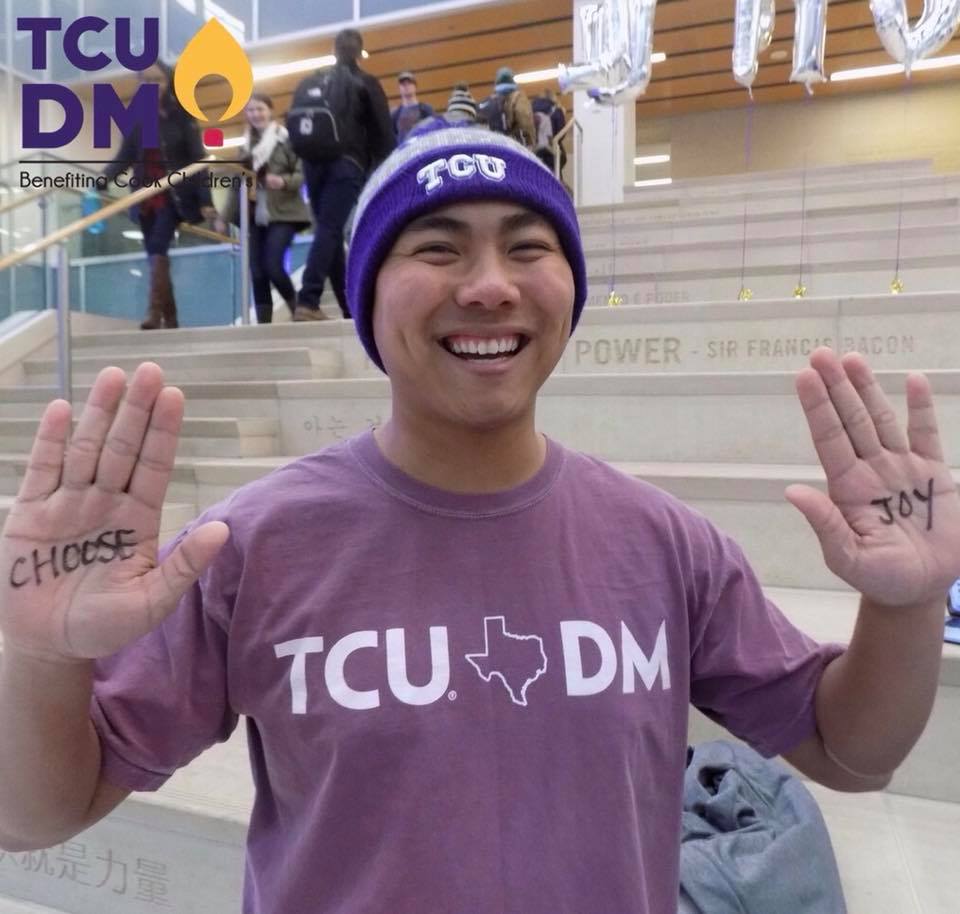 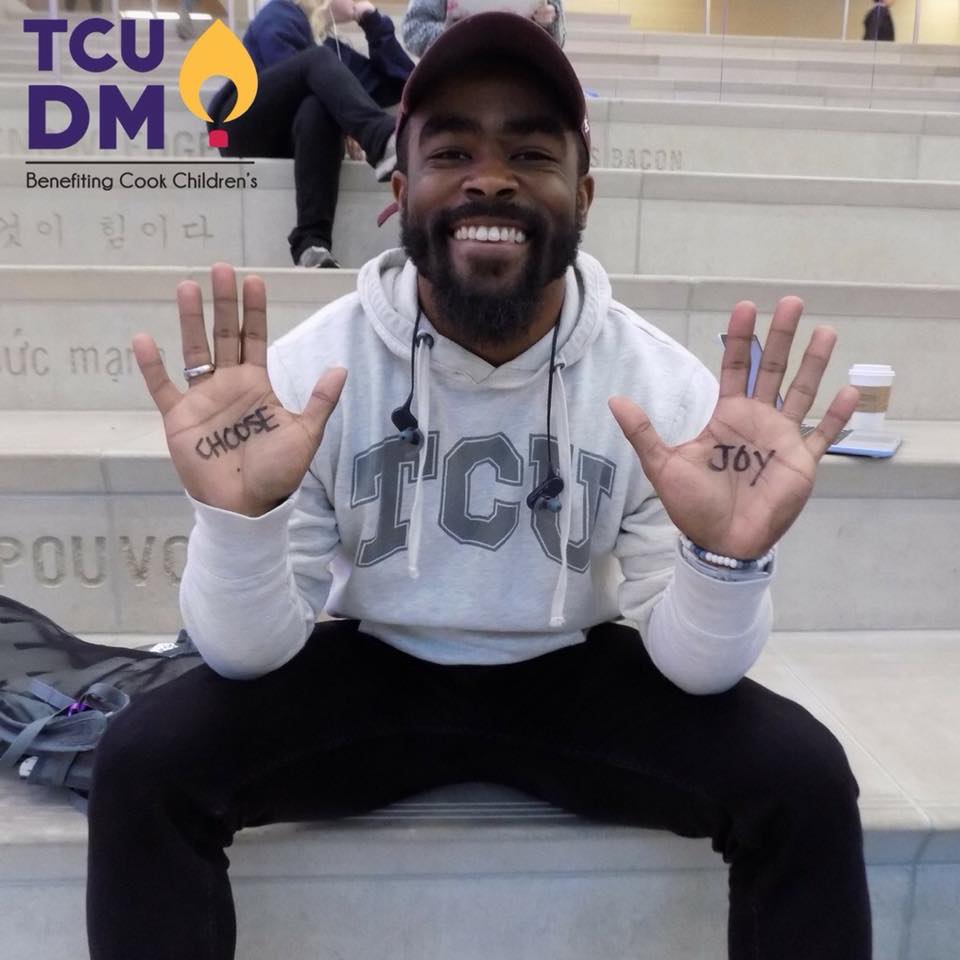 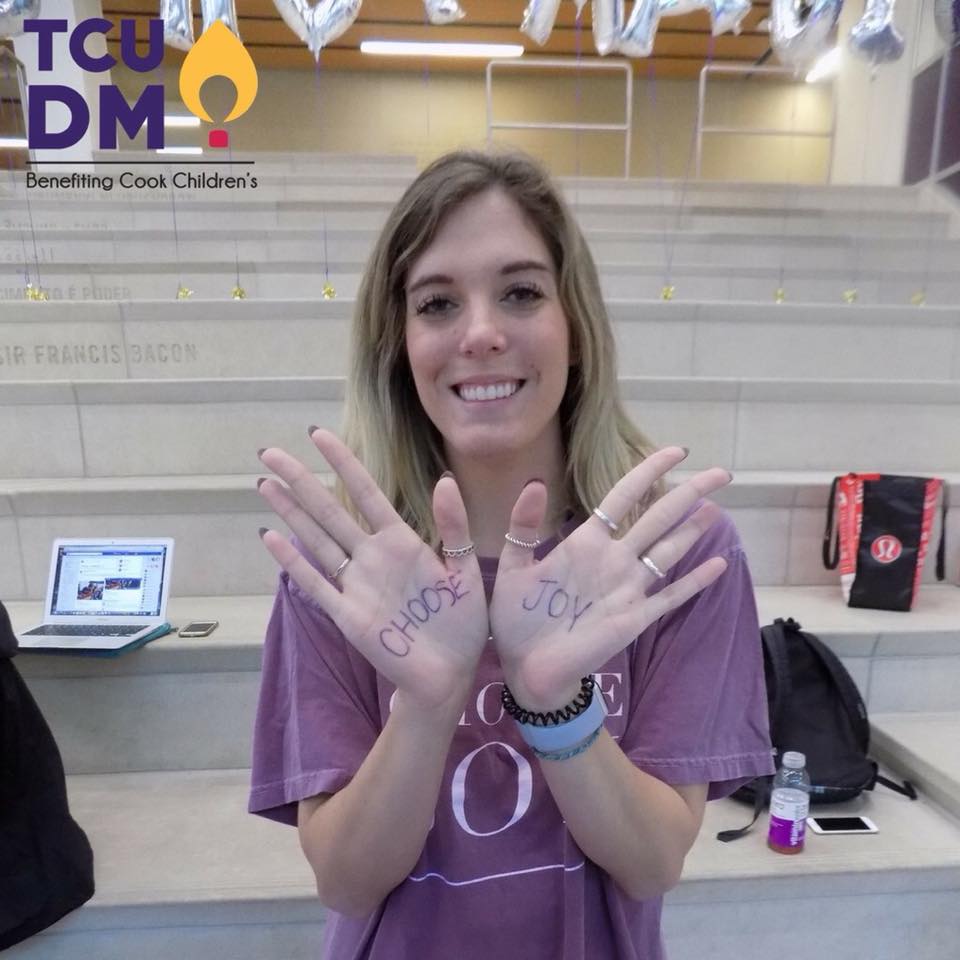 “Each year, we hope to grow in terms of number of activites and money raised,” Stuart said. “However, we are proud to stand behind any number, as any contribution to Cook’s impacts the lives of the kids.”