An initiative that has been passed by the Chancellor’s office in past years may become a reality thanks to a group of students looking to enhance the first-year on-campus living experience.

Juniors Cooper Gould and Aidan Walsh, and sophomore Chris Crump came up with the idea for an outdoor basketball court.

According to the Walsh, the plan is to build the court between two first-year student dormitories: Sherley Hall and Colby Hall.

Gould said Worth Hills is also an option to build a court, with plans for non-greek affiliated dorms to be built near the sorority and fraternity houses.

The three came up with the idea in September, after reflecting on their first-year experience and meeting people in a new environment.

“The function of the court is not limited to just basketball,” Walsh said. “It can also be useful for residence hall sponsored events and the court can also function as a multi-purpose sports court.

Gould added there are also psychological benefits in addition to logistical.

“Providing a multi-purpose basketball court will aid in the physical and emotional well-being of students and promotes face-to-face interactions and a greater sense of community among students,” Gould said. “It is anticipated that the court would decrease usage of the counseling and mental health center given that more physical activity, especially outside, which results in decreased screen time, which is correlated to better mental health.”

Gould, Crump and Walsh conducted an informal survey of 229 students about building a basketball court and found that 95 percent of the students they talked to believe the campus should have an outdoor court.

Gould said they are working with Jay Lorizzo, director of campus recreation, and the next steps involve administration.

“Ultimately the decision of whether the court will be built or not will come down to our meeting with the chancellor,” Gould said. “Which we anticipate will happen by April at the latest.” 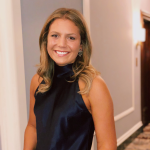