The goals, proposed by TCU’s Board of Trustees, focus on; strengthening the university’s academic profile and reputation, endowment, experience and culture, and the Horned Frog workforce. Four committees comprised of undergraduate and graduate students, faculty members, and alumni and retirees were selected by the Provost and the chancellor and tasked with investigating these themes to find areas of improvement.

The co-chairs of these committees presented their ideas to students through vision boards that illustrated their recommendations for each of the strategic goals. 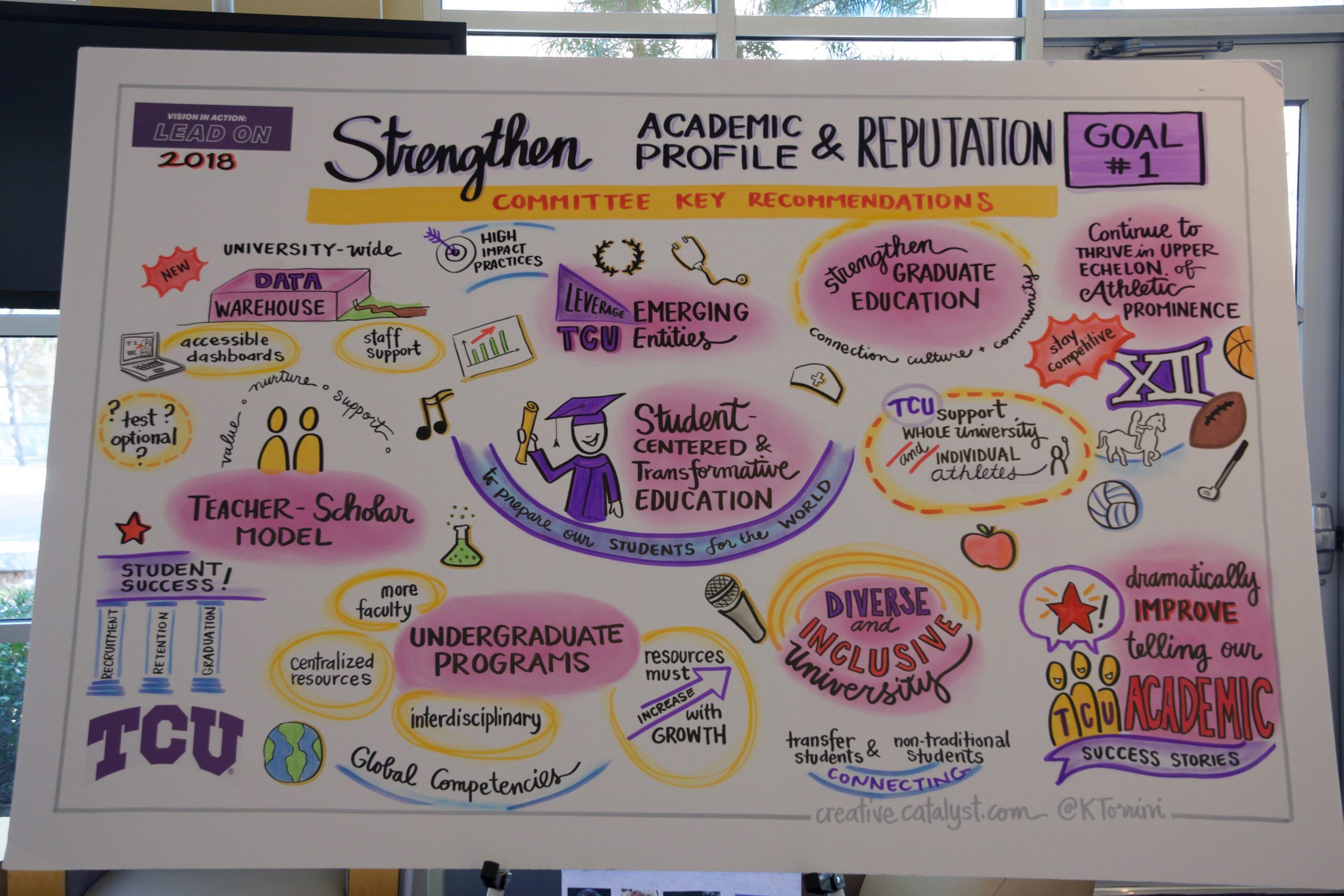 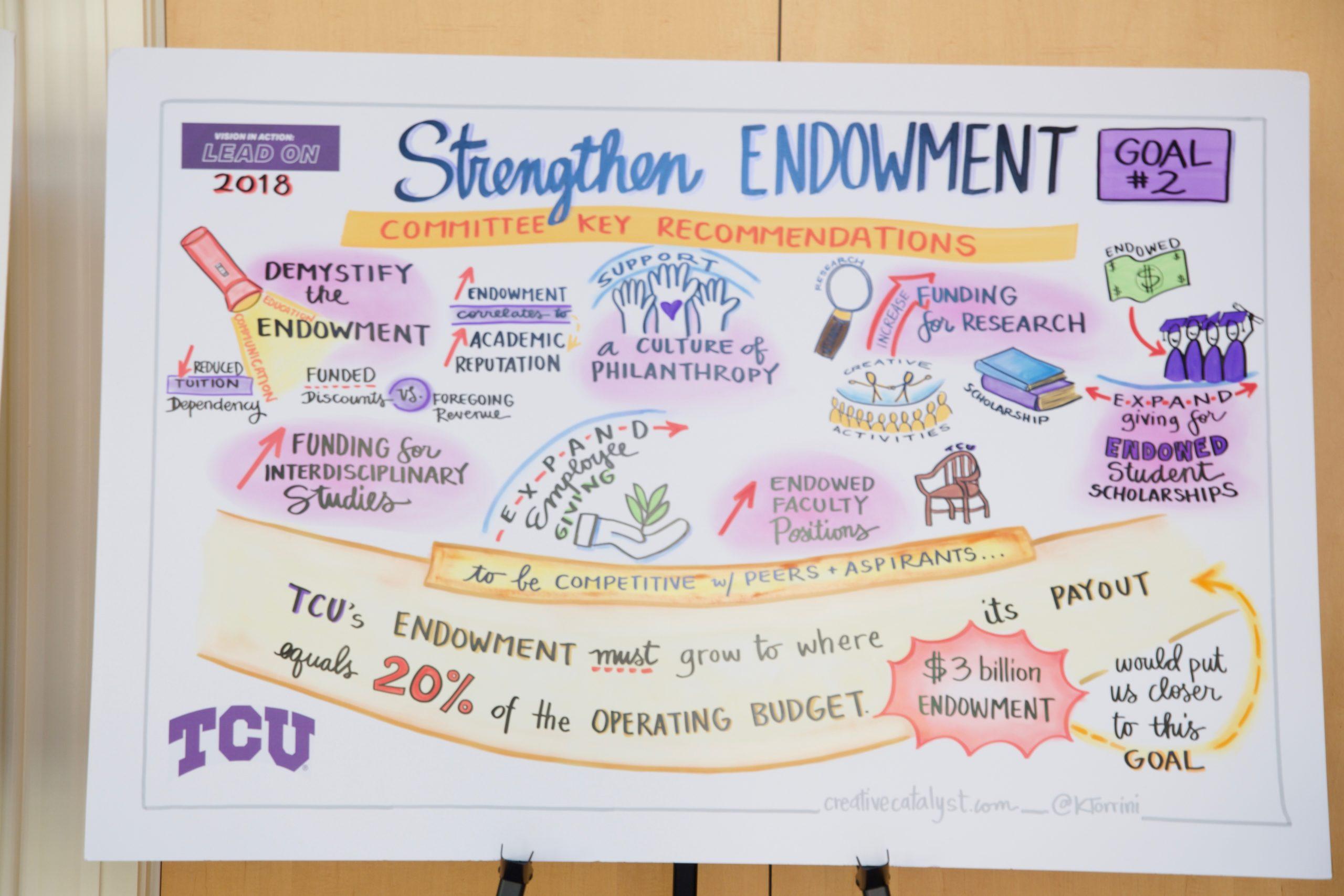 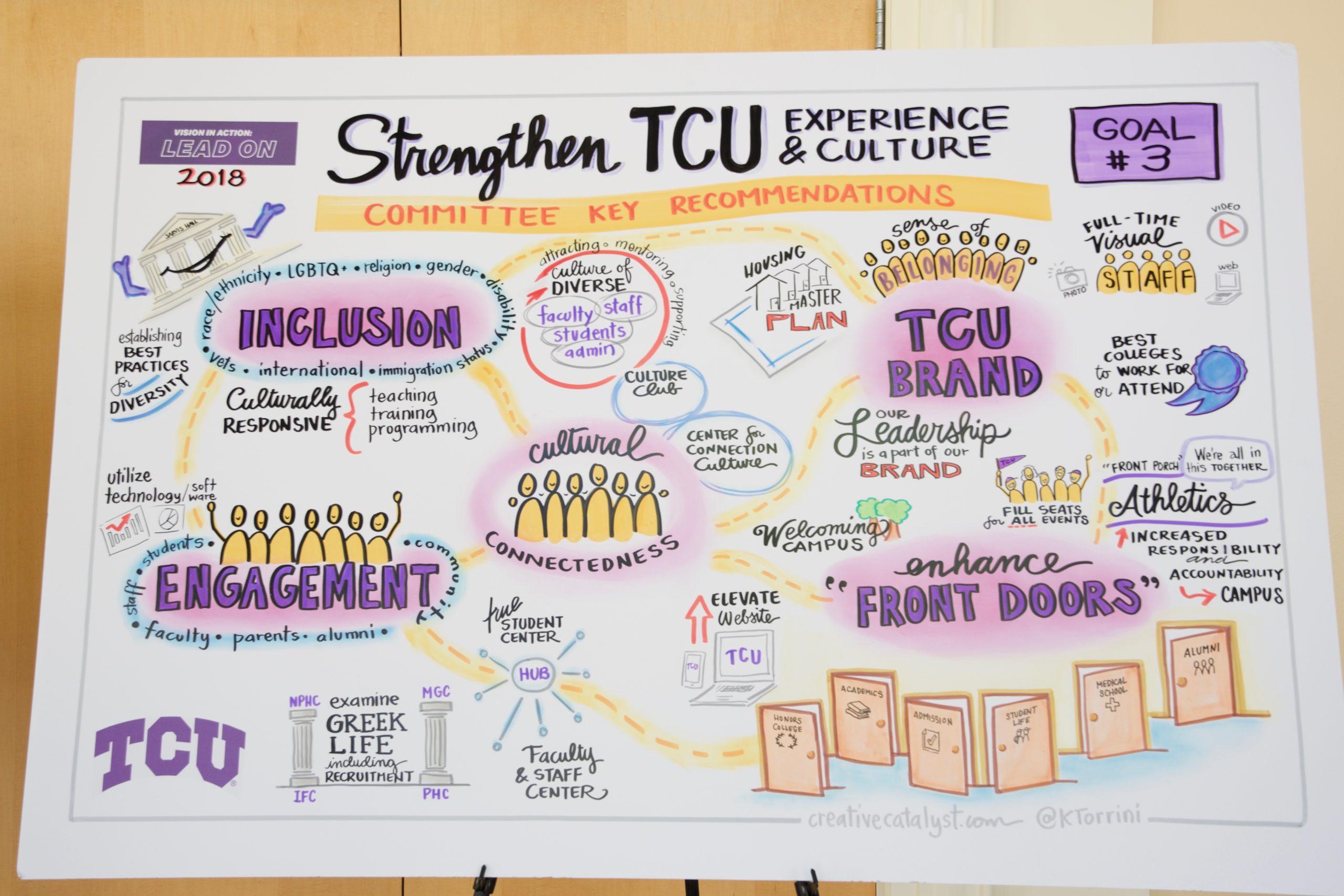 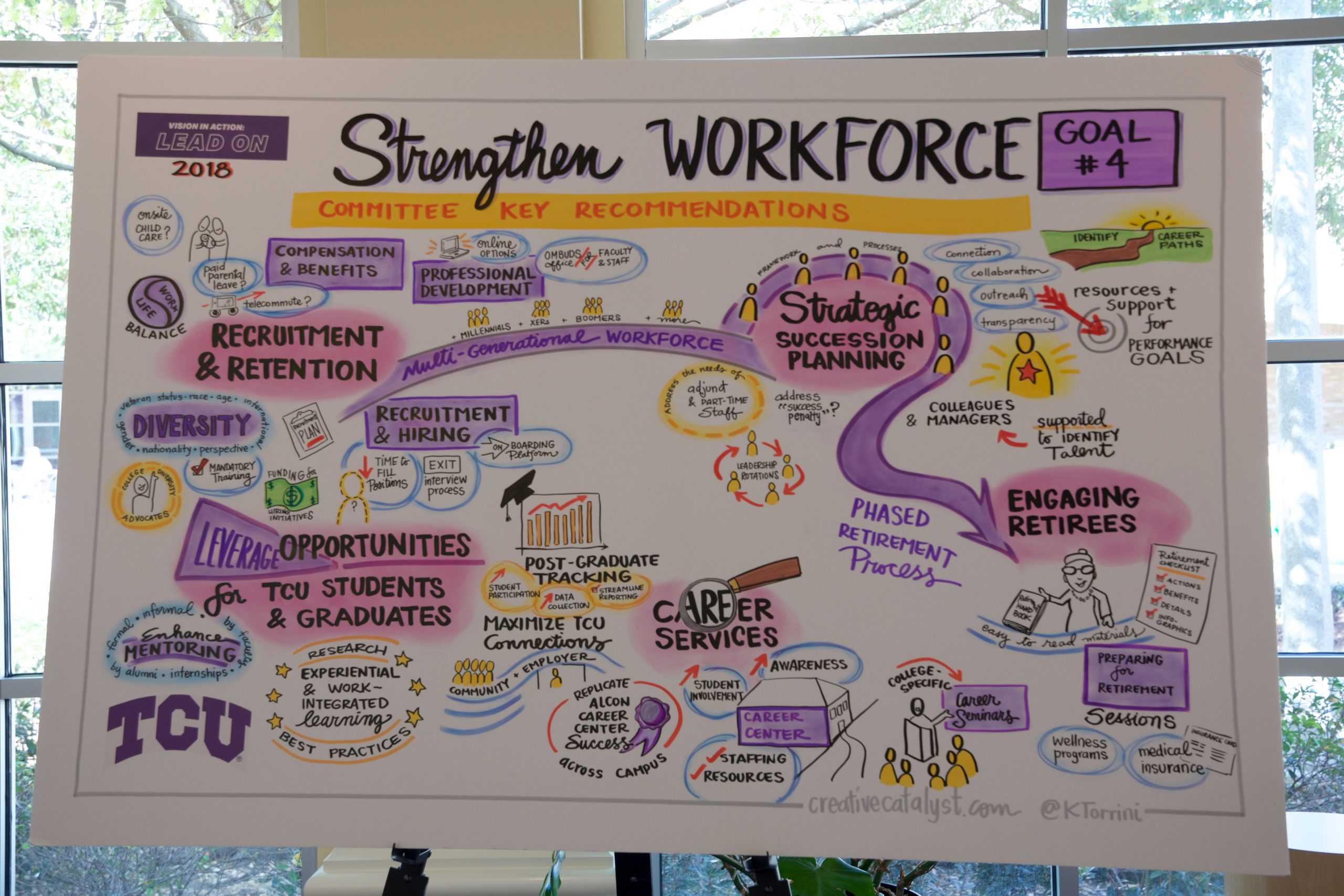 “Some overarching things that have connected all of the goals are a need for diversity support and inclusion, specifically inclusion,” Lauren Nixon, the chancellor intern, said. “Also, a need for financial support to accomplish everything we do.”

Timeka Gordon and Ron Pitcock, co-chairs of the TCU experience and culture committee, emphasized how they want the school to figure out how to make students from all backgrounds feel welcome and included in campus activities.

“TCU has a strong culture,” Pitcock said. “But what’s more significant is we have a group of students that feel connected to that culture, but we also have a large group of students and staff and faculty who feel disconnected from the culture. That may be one of our most important findings.”

Pitcock said Greek life has been a source of major successes as well as issues regarding inclusion and should be evaluated, so it can be improved.

Gordon suggested housing for historically majority minority Greek organizations could be a useful step to make them feel more included. She related conversations she’s had with minority and veteran students who have expressed feelings of isolation and said that these concerns should be vocalized to a broader public to start fixing the problem.

While the cultural goals didn’t include specifically actionable items, the endowment has a more specific target.

David Nolan, an endowment co-chair, said the university wants to raise the endowment from $1.6 billion to $3 billion.

He explained that the school’s operating budget mostly relies on tuition with the endowment chipping in 11 percent, but that could rise to 20 percent if the new total is met. This could ease pressures on increasing tuition in order to finance new projects and initiatives needed to fulfill Lead On’s plan.

Some students appreciated the proposed strategies and spoke with co-chairs about their vision for TCU.

Junior Biology Major Lauren Nakhleh observed the endowment board and said she likes the message it presents on why it is important to invest in the university.

Bianca Hurst, a junior finance major, agreed with Nakhleh and said a university’s an investment that students can gain from as it progresses.

“I think it’s just very important to us students to see the school advance as a whole,” Hursh said. “Because even while we’re here, but even after we graduate, it will help us in our futures to see TCU do well.”

The Board will review the committee’s findings and decide which items will be incorporated into the final plan, which is set to launch in the fall of 2019.