Using a Styrofoam cup every morning for one year will create 23 pounds of waste, according to the Carry Your Cup initiative.

With a stop by any of the three coffee shops on campus being a popular daily ritual for many students, Nicole Gorretta, director of sustainability for the Student Government Association (SGA), presented a new idea for sustainability to the House of Representatives.

The bill she proposed works to reduce waste by giving 300 reusable Starbucks coffee cups to TCU students instead of disposable ones.

“Not a lot of students are going to go out of their way to find a Starbucks, buy the cup and make it work,” Gorretta said. “So I wanted to write a bill to purchase all these cups and hand them out to students so students don’t have a reason why not to participate in the program.”

The Styrofoam cups and smaller plastic cups used to be the only cups available for coffee at the Brown Lupton University Union (BLUU). However, part of Gorretta’s previous collaboration with TCU’s food provider, Sodexo, included providing 24 porcelain cups that go on the dish return instead of in the garbage as an alternative to using a non-biodegradable Styrofoam cup every time.

Gorretta’s efforts to make TCU a greener campus doesn’t stop in the BLUU.

She also worked with Sodexo to discontinue the use of any Styrofoam products on campus, including any event the company caters there.

Drew Duncan, junior finance and real estate major, said the switch from Styrofoam to porcelain cups in the BLUU has benefits that go beyond a greener alternative.

“They have a lot more storage than the Styrofoam cups,” Duncan said. “Not having to take them out of the BLUU is a nice thing so I can transfer from the porcelain to my portable one.”

In addition to the replacement of porcelain cups for the Styrofoam ones, Food Recovery Network President, Megan McCracken, has collaborated with SGA and five of the 12 sororities on campus to put composting bins in their trash rooms. The purpose of this is to help eliminate some of the 300 million pounds of food waste produced on college campuses annually McCracken said. 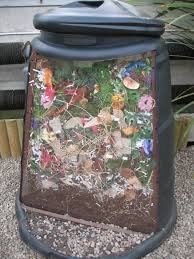 Any student who didn’t receive one of the free reusable cups that SGA passed out can still  purchase one at any Starbucks for $2.