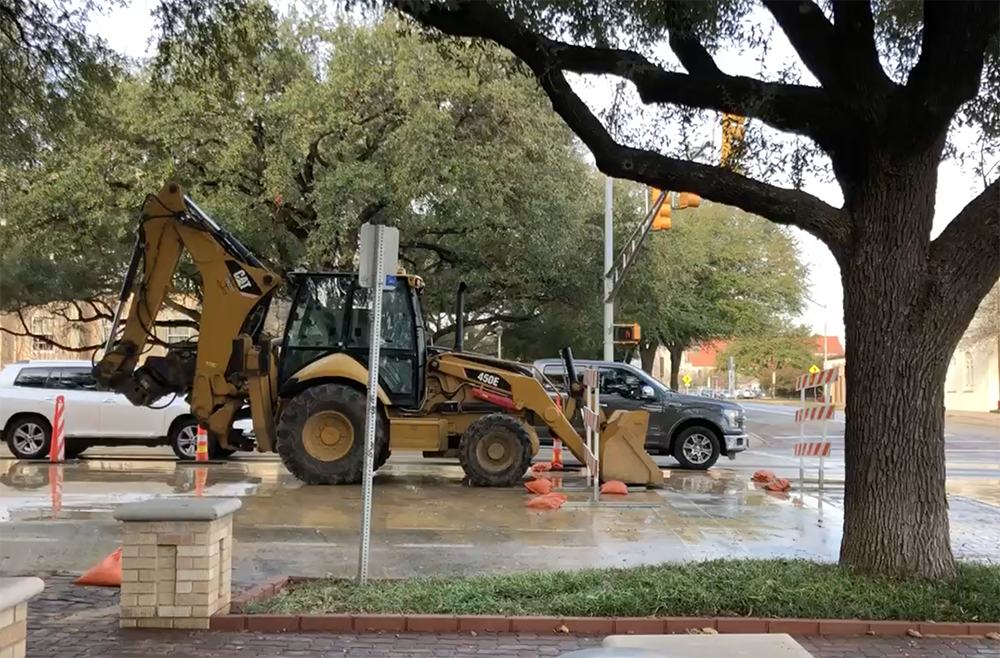 It was a typical Sunday night for Elizabeth Gollihue, senior strategic communication major, when she experienced something unexpected on her weekly drive home from her sorority’s chapter meeting.

“I was dropping off my friend at her house after chapter Sunday night and the streets were just completely flooded,” Gollihue said. “There were police cars, but I wasn’t sure exactly what had happened.”

What happened was a main pipe burst near the intersection of University Drive and West Cantey Street Sunday night around 8:15, according to Fort Worth Water Department spokeswoman Mary Gugliuzza. This pipe was installed in 1936 and hadn’t burst since 2002.

Fort Worth has more than 3,500 miles of water lines under streets and preventing the pipes from breaking is not guaranteed, Gugliuzza said.

“We’ll never prevent main breaks,” Gugliuzza said. “At some point pipes break and for a whole variety of reasons.”

The Fort Worth Water Department does not know the reason for this pipe bursting or when the street repairs will be fixed.

With the flooding affecting Gollihue, she was frustrated with the absence of a notification from the Fort Worth Water Department.

“It is an inconvenience for TCU students and then we don’t get any updates or even information on what is going on,” Gollihue said.

The area where the flooding happened is being fixed by the Fort Worth Water Department. During this time, there will be only one lane open on University Drive heading in the direction of downtown Fort Worth.