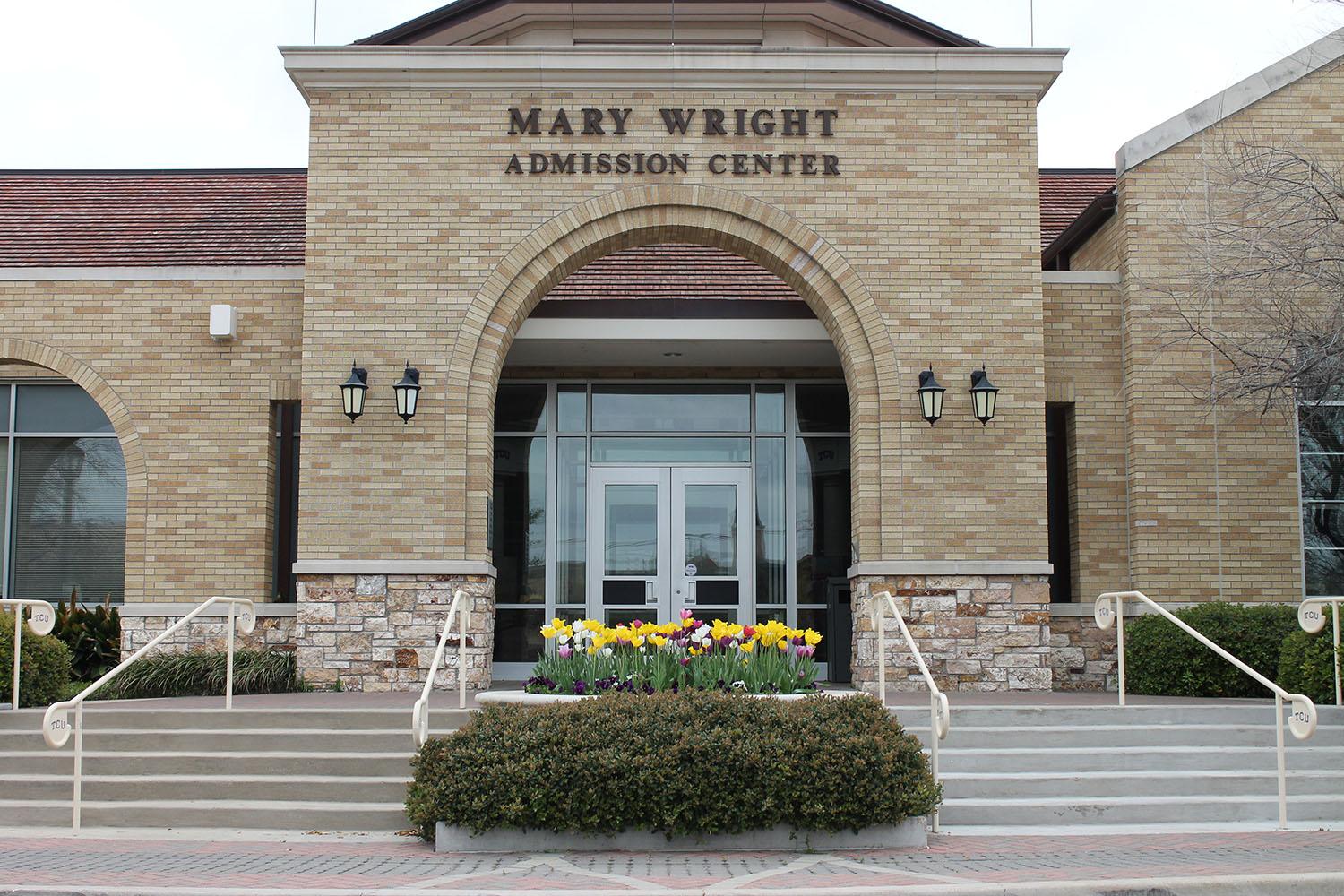 print
The Office of Admission removed one application deadline and set new admission goals with hopes of improving the application process.

The office found that the adjustments would allow admission counselors to perform their best and provide fair opportunities for applicants, according to Dean of Admission Heath Einstein.

Goals that the department set for the 2018 incoming class include:

The recruitment staff found that more early decision applicants received admission, according to Einstein, so the January first early action deadline was eliminated. This elimination provides more space for students applying regular decision since early action applications allowed students to apply earlier in the process but do not require them to commit to TCU. Early decision applications do require a commitment to enroll when the application is sent it. Both options only look at transcripts through students junior year whereas regular decision also looks at students’ transcripts from the fall of their senior year.

The staff additionally removed the deadline to achieve broader diversity on campus, according to Einstein as research conducted by the office of admission concluded that students of color predominately apply during the regular decision timeline.

“The January first deadline did not provide efficient time for admission counselors to make the best decisions,” Einstein said.

The deadline occurred during winter break and did not allow applicants and admission faculty to effectively communicate to complete applications, according to Einstein.

The faculty to student ratio will now also be taken into consideration when reviewing applications, according to Einstein.

“Greater academic balance means being more mindful of intended majors,” Einstein said. “After speaking with faculty and deans, we learned that there are programs that are way oversubscribed and majors that are way undersubscribed.”

“I like that the TCU admission center is collaborative in a sense that we have goals as an admission office to bring in the best possible class that we can,” Provost said. “I think it speaks to TCU’s mission because it is a collaborative-community based school.”

The admission goals are influenced by different areas of campus. The TCU Board of Trustees serves as the main influence on admission goals but campus-wide discussions shape the goals as well, according to Einstein.

There will be a slight increase in the incoming first-year class of students. The decision to increase the number of undergraduates was set by the Board of Trustees’ goal of having 9,500 undergraduate students.

“We don’t want to do it all at once,” Einstein said. “Doing it incrementally and methodically allows for appropriate planning in other parts of the university — making sure there’s enough housing for everybody.”

Maya Bulger is a junior at Texas Christian University from Detroit, Michigan. Maya is pursuing a major in journalism and a minor in business. In her spare time she loves to watch sports, workout, read, hike, travel and bake.