Castelli moved from the field where he was scoping his only remaining opponent to a nearby building and gears up with extra ammo he finds lying on the ground. He glances out the window of the building and no one is in sight. He runs down two flights of stairs to the ground floor and sees his opponent for a split second from behind a barn, roughly 40 meters away. He peers through the lens of his sniper and fires.

Castelli just earned his first “Victory Royale,” a title given to the last man standing in Battle Royale.

Before he became one of two players remaining, Castelli joined the online forum with 99 other players from around the world.

The objective of the player vs. player game is to be the last player standing and avoid being killed by other players while trying to survive the traps opponents may set or the storm. The storm is another obstacle for players as the storm’s eye closes gradually throughout the game, shrinking the area players can continue to play in. If a player gets caught in the storm, their character will incur serious damage to their health, making them more vulnerable and weakening them unless they restore their health with a medical kit found in the game.

If a player can gather enough powerful weapons throughout the game to elude or kill their opponents and strategically maneuver throughout the map over the course of the game, they can win by being the last player standing from the field of 100 in the “Battle Royale” mode.

Dr. Anthony Bean, a psychologist who specializes in video games, children, adolescents, and the connections between the virtual worlds played in and the real world, said the immersive qualities of the constant action and quick responses is what makes “Fortnite” so intriguing to play and watch.

Fortnite games are watched by people who aren’t even playing the actual game, whether it be in a dorm watching a friend or from behind a computer screen in the middle of class.

Bean said the connection people make while watching another person play in this “every player for themselves” world, as he called it, comes from a psychological idea found in studying politicians called para-social interactions.

“Para-social interactions were first identified in politicians speaking on TV saying, ‘the promise,’ ‘this is what I want to do, and I’m doing it for you,’” Bean said. “That makes the people feel like part of it. It happens the same way with people watching over ‘Twitch’ and ‘Fortnite.’ They feel like they’re part of the gameplay on a level.”

Games of “Fortnite” have no time frame and last as long as a player remains alive.

There are five tiers of weapons that a player can pick up throughout the game. They range from “common,” “uncommon,” “rare,” to “epic” and “legendary.”

All these weapons are classified by the luminous colors they give off. Grey is a common weapon, green is an uncommon weapon, blue is rare, purple is epic and gold is legendary. As the weapons move up in tier, their damage, accuracy, power, and scarceness all increase as well.  The weapons can be found floating on the ground or in chests that give off a distinctive charm noise to help players locate them.

Along with shield potion the characters can drink to protect themselves from incoming fire, there are materials (metal, wood, and bricks) players can collect from breaking down nearly every building or object in the game. These materials can then be used for building protective structures to shield themselves from enemy fire or creating vantage points to better position themselves for a kill in the game.

Players can also find medical kits to revive their health when it drops too low, as well as projectile weapons, such as grenades.

The virtual world Fortnite is set in is divided up into 20 distinct areas on two separate islands.  One is far off and not very accessible to players, but the other 19 are located on the main island and give descriptive names that hint to what a player can expect to see in terms of buildings, materials, and terrain in the area. 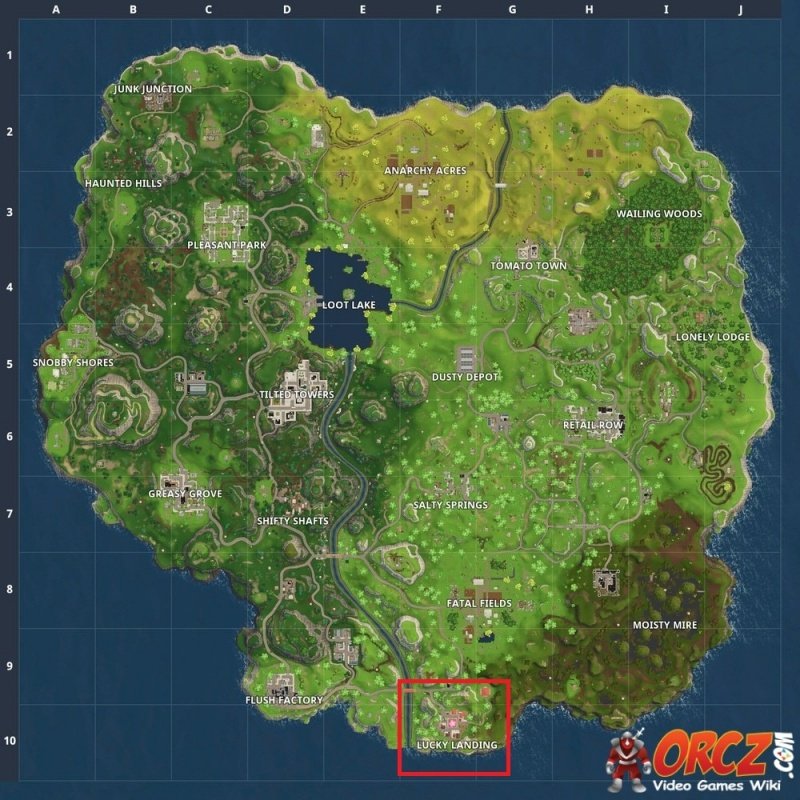 As games progress and the field of players dwindle down to single digits, tensions and emotions have a tendency to ramp up as getting a “Victory Royale” becomes more of a reality.

A yearning for that glory of winning and competition is to be expected, but when the thoughts of a game infiltrate a person’s mind in the wrong setting, such as in class, the word “addiction” is too strong Bean said.

“What needs to be taken into consideration is the person themselves and the context with which the game, or whatever they are preoccupied with, is on their mind,” Bean said.

Bean said his goal when working with a person who may be struggling with an addiction or constant infatuation with a game is to rework their mind to put thoughts of the game on the “back burner” and focus on the social context of the person’s life.

“It comes down to the social context,” Bean said.  “A character can really enhance who a person is when in-game characteristics mirror real-world characteristics”