TCU Panhellenic will have a community house starting this fall for women from all 13 Panhellenic chapters.

After working through the conduct case which ultimately resulted in the suspension of the Delta Tau Delta fraternity, Fraternity & Sorority Life (FSL) needed to occupy the new Greek Village facility for fall 2018.

Director of Fraternity & Sorority Life Brooke Scogin said they proposed the idea of a Panhellenic house to the Dean of Campus Life Mike Russel and the Vice Chancellor for Student Affairs Kathy Cavins-Tull. Once this option was accepted, FSL moved forward with plans to fill the house.

The Panhellenic house will operate just like the other Panhellenic chapter houses. It will be staffed with a chapter resident assistant and an FSL hall director.

“Our rationale for it is we will operate it under our current model,” Scogin said. “It made sense to offer it to women who would be used to that model rather than unaffiliated women who may prefer or do better in a more traditional residence hall setting.”

With the Panhellenic house, FSL is able to provide an additional 25 beds for female students.

“The Panhellenic house helps provide sorority women from all chapters with another great option,” Craig Allen, director of Housing & Residence Life, said. “It only helps all the other TCU Housing.”

For Jordan Joyce, a sophomore accounting and finance with real estate double major, the Panhellenic house was a great option for on-campus housing since it provides her with a unique setup.

“I am excited to get to know more people that I likely would have never met otherwise,” Joyce said. “Living in the Panhellenic house is a great opportunity for me because I prefer to live in a community setting, but I still get to have my own space.” 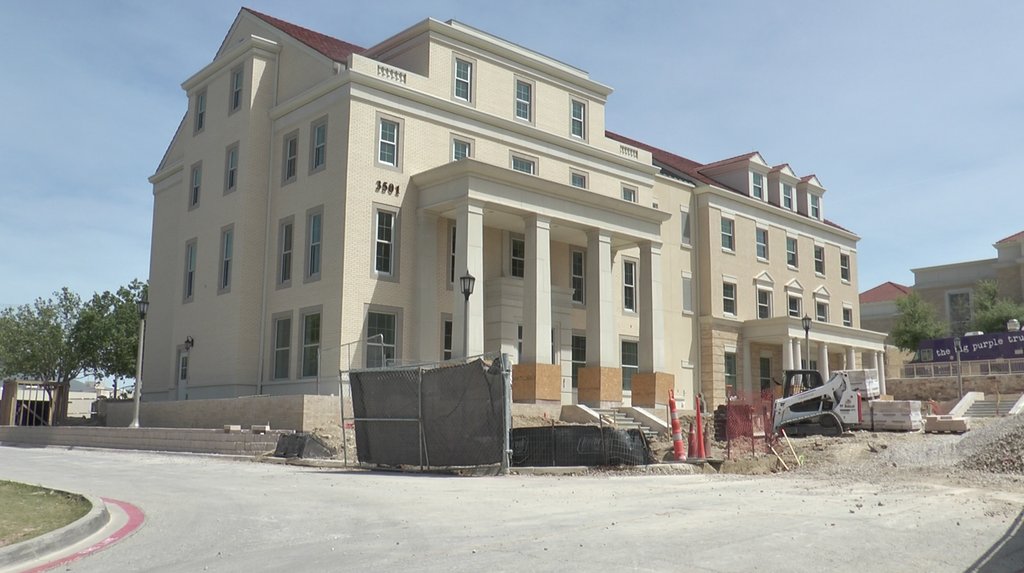 Since this facility was originally planned for a fraternity, it is connected to the Kappa Sigma fraternity chapter house and will have a shared elevator and stairwell in between the houses. However Scogin said this was considered during the planning stages.

“Although the space will share an elevator and a stairwell with Kappa Sigma the only way to access the bedroom corridors or the first-floor living area is with a card swipe,” Scogin said,

Scogin continued to say that each side of the building will have its own stairwell that provides access to that side of the space and these areas are only accessible by swiping in, through either front door and proceeding to the internal stairwell via the first-floor chapter.

Joyce said she finds neither the common elevator and stairwell nor being connected with Kappa Sigma a problem next year.

“I lived in Milton my freshman year which was much more mixed gender,” Joyce said. “Living in my sorority house now, I really have no interaction with the other organization in the stairwell.”

The Panhellenic house will be in operation for the entire 2018-2019 academic year with Delta Tau Delta suspended until further notice.

“We will continue to work closely with Delta Tau Delta Headquarters staff and alumni volunteers with regard to their conduct process,” Scogin said. “For now, they remain suspended and unhoused.”

Alexa is the Audience Engagement Editor for TCU360. She is a journalism major and Spanish minor from Orange County, California. In her free time, Alexa loves reading about and watching sports.