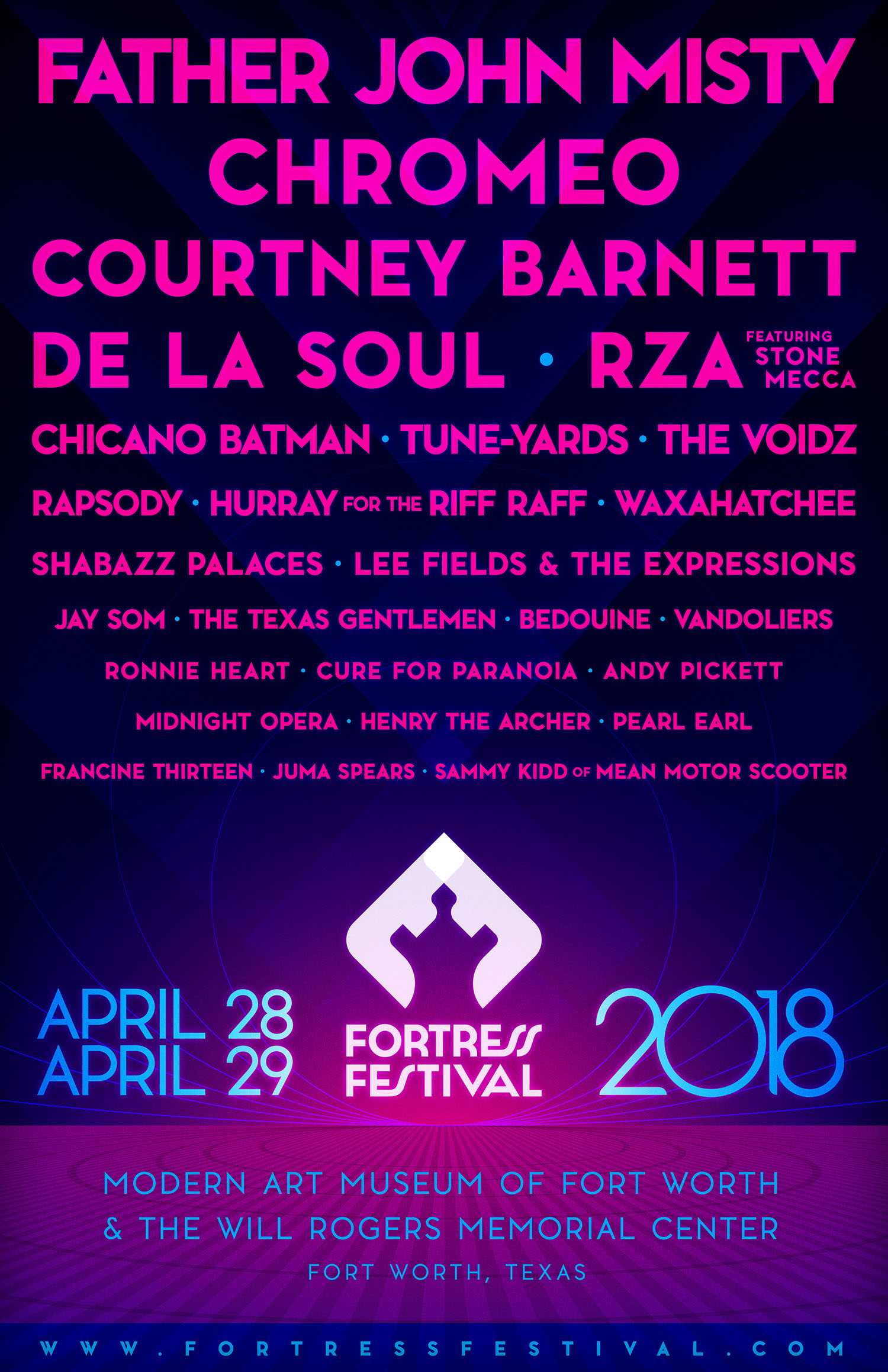 print
The second annual Fortress Festival will start up again this weekend (April 28-29) right in time for finals.

What is Fortress Festival?

Fortress Festival is an annual two-day music festival hosting over 20 bands on two outside stages. The event is put on in the Fort Worth cultural district and hosted by The Modern Art Museum of Fort Worth.

If you are looking to get hyped before the festival Friday there are two parties; one general admission and one VIP.

The VIP party is being hosted at the Artspace 111. The event is a cocktail reception from 6:30-9:30 p.m. Friday night. There will be complimentary drinks, and the event is free for those with two-day VIP tickets.

Fort Worth Blackhouse is hosting a pre-game party for the general admission folks. The party starts at 10 p.m. and goes till 1 a.m. Tickets to the party are $14 in advance and $17 the day of. DJ Christy Ray, daughter of DJ Spinderella who is the famed DJ of Salt-N-Pepa will be spinning tracks all night and attendees can enjoy complimentary beer and cocktails.

This year’s lineup includes an array of big name artist and local musicians. Luckily, no two performers are on stage at the same time, so attendees don’t have to worry about missing a set.

Doors open at 2 p.m.  Saturday and the electronic duo Chromeo is headlining. The group has a sick new single out with D.R.A.M. called Must’ve Been. De La Soul is headlining too. Also, on Saturday, local artists Juma Spears, Francine Thirteen and Sammy Kidd will play at The Modern, but you have to RSVP to attend these performances.

Sunday’s headliners include the ever-eccentric Father John Misty whose new album God’s Favorite Customer, got leaked but will be released June 1. Courtney Barnett and 2018 Grammy Nominated rap artist Rapsody are also in the Sunday headliner group.

What else should I know?

If you want to drive you can buy a parking pass online or at the box office for $15 per car for one day and $25 per car for both days, unless you’re a VIP ticket holder then parking is free. Parking is located at Farrington Field and at Will Rogers lots 1, 8 and 9.

There will be a variety of Food Vendors. Micklethwait Craft Meats, Salsa Limón, Papa Luke’s Gravy Balls, Doom Street Eats, Avoca, Shawarma Point, Rollin’n’Bowlin and Crazy Burger will all be available at the festival.

Tickets are available for sale at Fortress Festival.com

Bernice Ogbondah is a junior journalism major from Fort Worth, Texas. When she's not reporting you can find her curating playlists or furiously retweeting foreign affairs, political pundits and anything social justice.