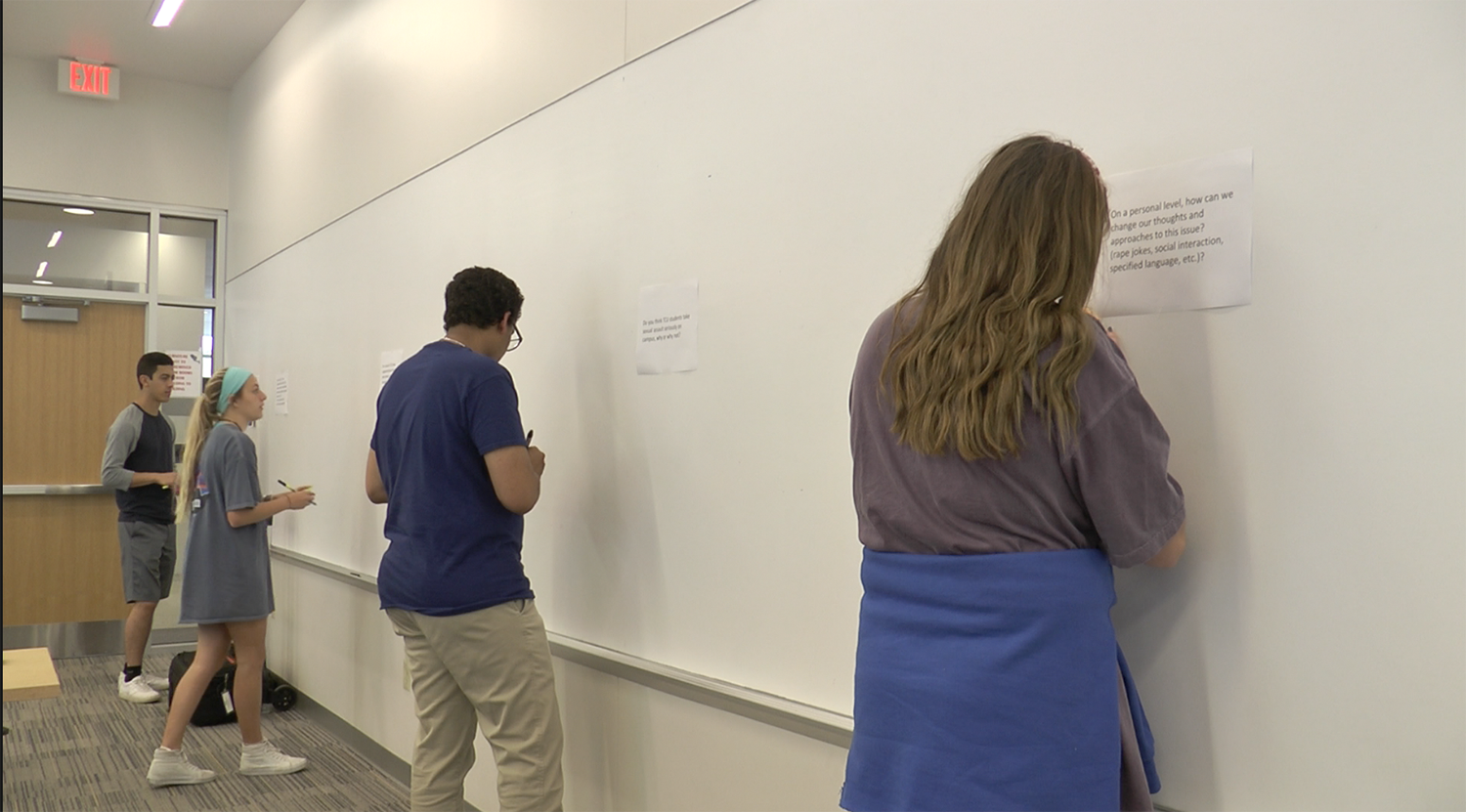 Morgan Duncan, a junior speech-language pathology major, said she had a goal to share her opinion on sexual assault on college campuses with others before coming to TCU.

“I really wanted to be heard and have my voice be involved in some way shape or form,” Duncan said.

When Duncan couldn’t find a place to have that dialogue, she created her own. “I Am Heard” is a discussion forum hosted about sexual assault where participants can share their ideas about creating awareness and change on campus.

Duncan said she started the forum as a group project in her speech class. She said campaigns like the #MeToo movement help make students more aware about issues surrounding sexual harassment.

According to its website, the #MeToo movement was founded in 2006 by Tarana Burke to support survivors of sexual assault. The movement gained online popularity in 2017 after a hashtag of the same name went viral on Twitter.

#MeToo uses social media to connect survivors and help them share their experiences said Catherine Coleman, an associate professor of strategic communication and a women and gender studies affiliate. She also said the social media aspect makes the movement more global and empowers people to publicly name their truth.

Although talking about sexual harassment and assault is difficult, #MeToo unites people to be a part of the conversation, Victoria Sealfon, a first-year pre-business major, said. Both Sealfon and Duncan said #MeToo is only the beginning of greater change.

Being aware of how to handle situations when they arise better prepares students to deal with sexual assault and harassment, Sealfon said. She also said TCU should highlight how sexual assault impacts its campus.

Duncan said the #MeToo campaign has helped her highlight the need for change on campus through “I Am Heard.” Statistically, she said, students are likely to experience sexual harassment or assault themselves or see it happen to one of their friends.

“I’ve seen that to be proven true time and time again,” Duncan said. “I care because I want to stop that. I don’t want that to happen again.”

Caroline Love graduated from TCU's journalism program in May 2019. During her senior year, she interned at KERA and C-SPAN in Washington D.C. If she's not working on a story, she's probably watching Friends.