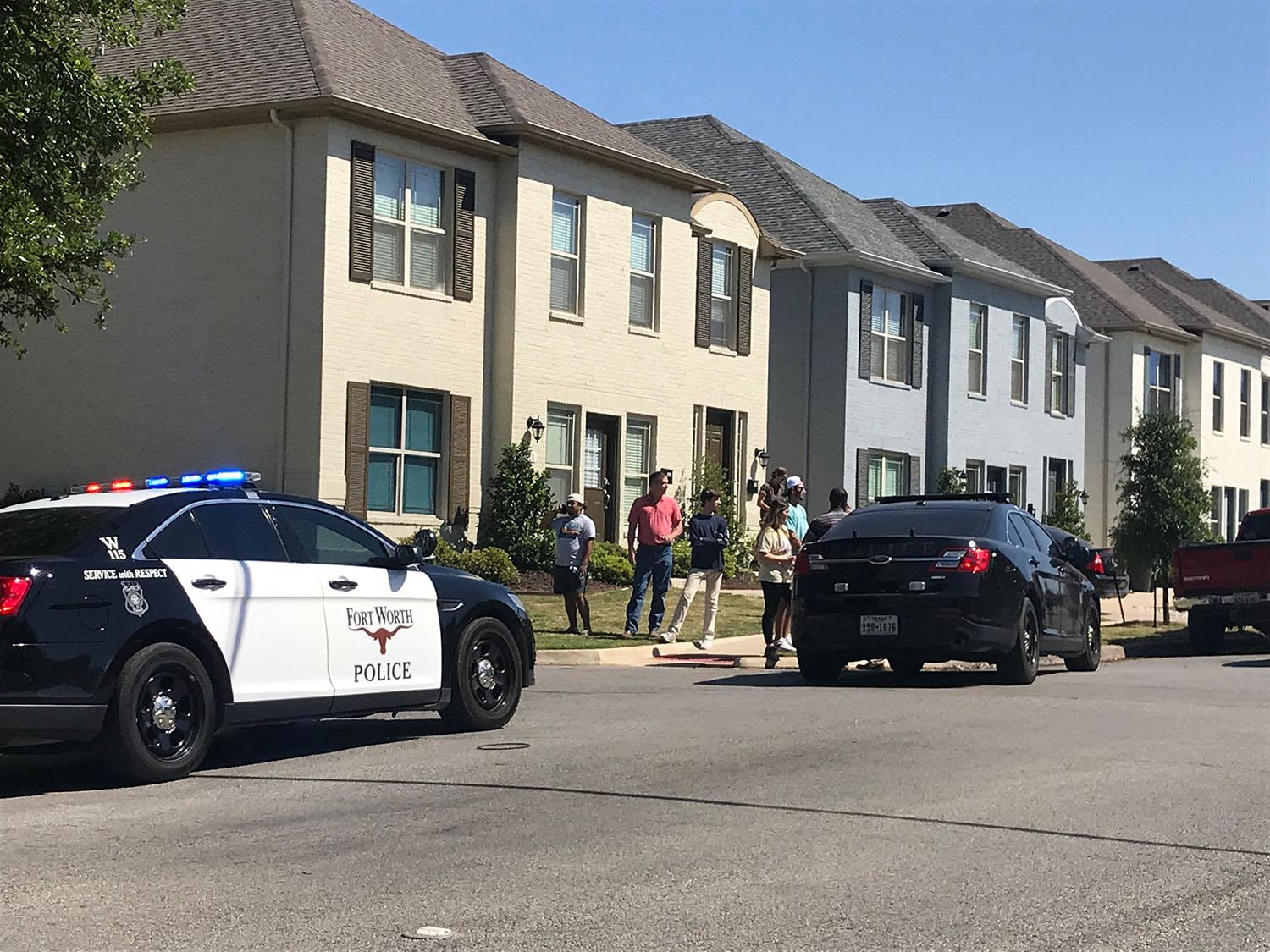 print
The man suspected of trying to gain entry into two residences and break into a vehicle is in custody, according to the Fort Worth Police Department (FWPD).

“We want to thank the residents of that area for remaining vigilant and helped take this individual into custody,” Jimmy Pollozani, public information officer for FWPD, said.

TCU students received an email from Fort Worth Sergeant Stephen Hall about an off-campus burglary Friday around 1 p.m. advising students to be on the look out for “a white male, about 5’05” tall, 30 to 35 years of age, bald or very short hair, black shorts, gray shirt and a blue hooded parka.  The subject has tattoos on his legs including one in that appears to be the State Texas.”

Pollozani, however, described the man as “about 5’11”, approximately 200 pounds, goatee with a tattoo on his neck.”

Police were dispatched to the location around noon and the FWPD special response team went door-to-door from Forest Park Boulevard and McCart Avenue doing a systematic search, according to Pollozani.

One TCU student stood on McCart Avenue for the majority of the afternoon.

“There were a bunch of helicopters and cop cars around and so I walked outside and then tried to walk down Forest Park to see what was happening,” Taylor Schickling, senior criminal justice and political science double major, said. “We’ve just been sitting here since like twelve o’clock talking to the officers.”

Besides the email sent to TCU students around 1 p.m., no further updates were sent out.

“I think they should be sending out updated texts,” Nolan Bagwell, senior business major, said. “I think a lot of people assume this is over now.”

However, Schickling said that the email may not have helped.

“I think it honestly like made people more scared when they send that stuff out,” Schickling said. “They have cop cars like all around the street and so like nothing’s going to happen.”

Pollozani said there have been no injuries and no weapons seen.

TCU students are reminded that if you see any suspicious activity around campus, call the FWPD at 911 or if on campus call TCU Police at 817-257-7777.