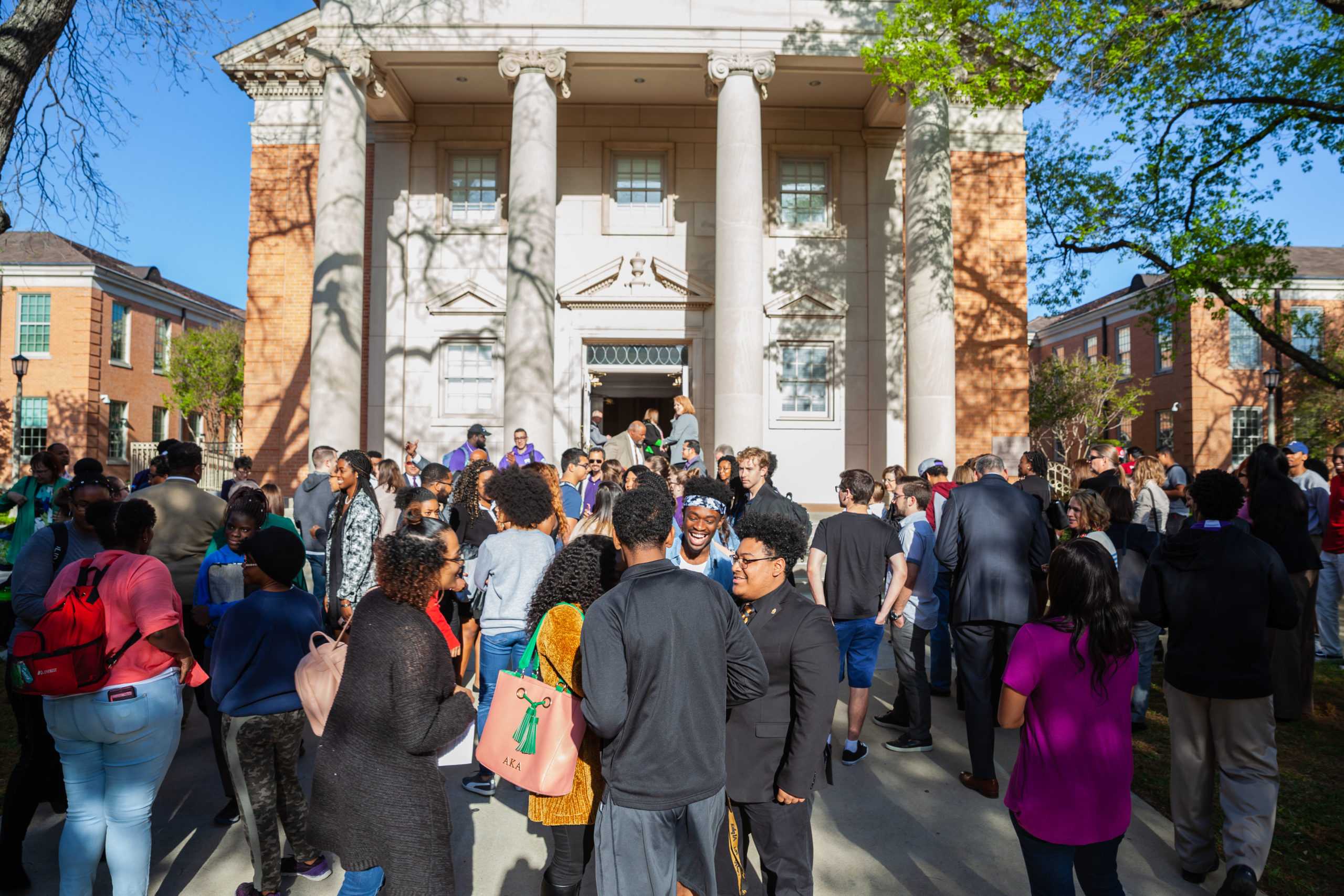 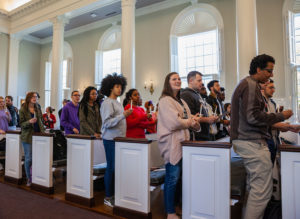 TCU, a school which once refused to host King on his visit to Fort Worth, honored him through the 50th Anniversary Commemoration Bell Toll at the Robert Carr Chapel Wednesday evening.

“I think TCU’s future should not be defined by its past,” Assistant Vice Chancellor of Student Affairs Dr. Mark Kamimura-Jimenez said. “We are looking toward an institution of higher education that is an inclusive campus for all students, today I think Dr. King would be very welcome on this campus.”

Hymns and songs from the civil rights movement were sung by the Word of Truth Gospel Choir in honor of Dr. King, including “I Open My Mouth to the Lord,” “This Little Light of Mine” and “Oh Freedom!”

Rev. Angela Kaufman, university minister and church relations officer, started the commemoration off by sharing a quote which was said on TCU’s campus almost 50 years ago to the day: “Dr. King’s death may allow him to become more in the years ahead than the hardness of man’s hearts permitted him to accomplish in life.”

Overlooking the diverse group of people gathered in the church, Kaufman said it is evident that time has changed the TCU campus.

“On this day for Dr. King, we have to remember all of the things that happened, and how we got to this point in our nation,” Lillian Young, a member of the Justice Journey, said. “We have to remember all of the people who sacrificed their lives, their families, who sacrificed everything just so all of us could sit here like this. If this were back in King’s time, this room would not be so mixed.”

While numerous other speakers addressed the congregation, artist Brad Ball stood to the left side of the stage and painted a portrait of King.

“I like how he incorporated all of the colors, it seemed symbolic of Martin Luther King creating a masterpiece in wanting all of the colors to come together as one,” sophomore Courtney Ford said.

Kaufman said she believes the people who make up TCU’s campus are similar to the painting created by Ball.

“This painting is beautiful, not because it looks like a photograph, but because it doesn’t,” Kaufman said. “Looking around this room, we are a lot like the painting. We have many differences, and that makes us beautiful because of it, not in spite of it.”

Upon completion of the painting and concluding remarks, everyone gathered outside in front of the chapel around 6 p.m..

King was killed at 6:01 p.m. CST in Memphis, Tennessee. Church bells there began tolling at the time. They were followed by bells across the nation. The bells at Carr chapel sounded at 6:05 p.m. as traffic whizzed down South University Drive.

The bells tolled 39 times, once for each year King was alive.

“It is my hope, and it is our hope that the tolling of the bells will allow a moment of reflection, a moment to think of Dr. King’s legacy, and a moment to consider where we go from here,” Kaufman said.

Many students in attendance agreed that although progress has been made, there is still a long way to go to in making King’s dream a reality.

“It was definitely a representation of what Martin Luther King would want to see today,” sophomore Charity Mason said. “He didn’t die in vain. We have a lot of room still to grow and there are changes that need to be made; but I think we are doing what we can to make those changes, especially here on TCU’s campus.”