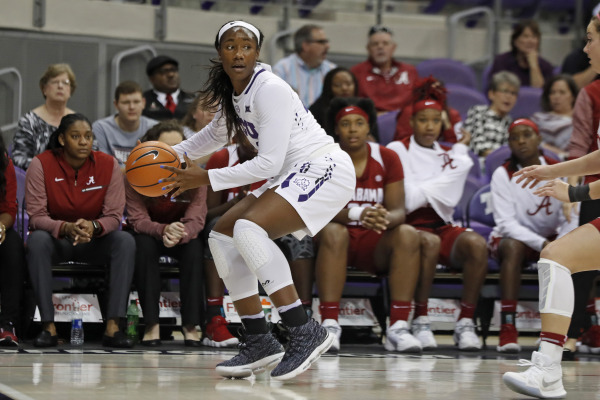 print
TCU women’s basketball announced this week that it will be playing the Ole Miss Rebels in the annual Big 12/SEC challenge November 29.

The contest will be the team’s first trip to Oxford, Miss. since 1994.

“The Big 12/SEC Challenge is a great platform for two of the best women’s basketball conferences to compete and measure where they are at,” Head Coach Raegan Pebley said. “We are so excited to continue our participation in it.”

“Ole Miss has a lot of unknowns about them as far as roster and system,” Pebley said. “But, with Coach Yolett McPhee-McCuin as its new head coach, it will be a team that plays extremely hard, disciplined and will be competitive.”

The Horned Frogs won 23 games last season, the most in Pebley’s tenure, and advanced to the semifinals of the WNIT, earning Pebley a contract extension.