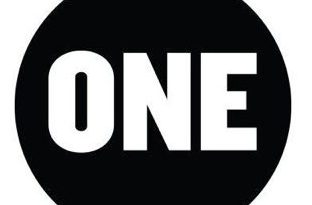 print
One student took the initiative to end global poverty with a new advocacy organization coming to campus.

ONE is an organization that works to eradicate extreme poverty and preventable diseases, particularly in Africa. Its student chapters educate their campuses on humanitarian issues and promote political action.

“We never ask for money, only your voice,” said Maddy Vonhoff, ONE Campus college organizing manager.

Paige Buell, a junior political science and anthropology double major, noticed a lack of humanitarian advocacy organizations on campus, so she decided to bring ONE to TCU.

Although ONE’s constitution is still being approved by TCU Student Organizations, Buell hopes to have official meetings by the end of the semester.

ONE will advocate for the BUILD Act, which gives American entrepreneurs funding to provide jobs in developing countries. Also, the group will provide funding for The Global Fund, which fights AIDS, tuberculosis and malaria. Members will encourage students to act by signing petitions and contacting their legislators.

“While it seems like TCU is far away from the political center of Washington D.C., what students don’t always realize is that your local lawmakers have enormous power,” Vonhoff said.

Buell said that members of ONE will educate their peers about the BUILD Act and the Global Fund through tabling, social media and documentary screenings.

Sophomore political science and business double major Katharine Durham said she’s excited to join ONE and bridge the gap between students and politics.

“I am mostly interested in bringing a greater awareness about legislation to campus and getting involved in the political process,” Durham said.

Buell has finalized ONE’s executive board and plans to host interest meetings in the coming months.

“My little part, I think, can go a long way,” Buell said.

She hopes that ONE can help TCU students “realize that the world is a lot bigger than just Fort Worth.”