With Provost Nowell Donovan retiring at the end of the academic year,  TCU is moving quickly to find a replacement.

At least 20 people have applied to be the next chief academic officer and that number is expected to triple by the end of the month, according to Ted Legatski, chair of the provost search committee.

The 16-member search committee hopes to name a successor by December.

“We need to have a new provost in place as soon as possible to have input with a number of new dean searches,” Legatski said.

The search committee is working with a firm that is recruiting candidates. Legatski said the firm has contacted 250 people.

“There’s no doubt that all of us want someone who is a strong academic force, a recognized scholar,” Legatski said. “That person has to be someone who has the gravitas, the experience, the qualifications and the respect to have the ability to make decisions unquestionably.”

One of the main suggestions provided from the list was that the new Provost must demonstrate a commitment to diversity, equity and inclusion.

“Having a larger diverse representation in administration will encourage more prospective students from various backgrounds to apply to TCU,” said Dr. Jeannine Gailey, director of Women and Gender Studies.

The position was posted in early August to numerous diverse publications in order to access and attract multi-ethnic applicants.

“You have to have a little bit of faith in the search committee,” Boschini said. “We would not choose someone who does not deserve to be here.”

Although there will be finalists chosen by the search committee, Boschini will ultimately have the final say on who will fulfill the position. 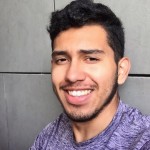