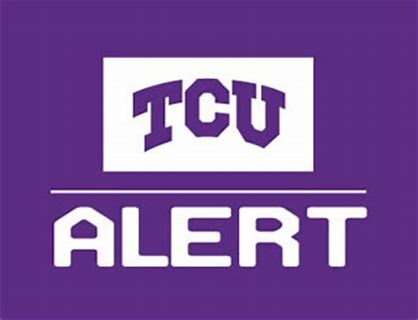 print
Next time there’s a campus emergency, expect TCU alert to tell you what to do: Lock down, Evacuate or Seek Shelter, which is part of the new “L.E.S.S. is more” initiative.

In the past, TCU has had 44 different messages in an attempt to cover all conceivable situations, but this led to increased potential for error and confusion.

“Instead of telling people what’s happening, we tell them what to do,” said Adrian Andrews, associate vice chancellor of public safety. “What we concluded was that these three responses will cover just about every incident on campus.”

After the initial simplified alert, the TCU Alert system will send text messages, emails and phone calls with more information when it becomes available.

“I think it is really important that students know exactly what to do in a given situation, so a simplified system will help eliminate confusion for students,” said Kate Vukasin, a sophomore business student. “Everyone will know what to do with those three messages, so it should make the campus safer.”

Buildings around campus will have flyers posted providing specific emergency information for that particular building. The university wants students, faculty, staff and visitors to understand what action they need to take during a lock down, evacuation or seek shelter situation.

“I think this is overall a better system than we had,” said Andrews. “We tell people what to do instead of them trying to figure it out, and then give them more information after.”