TCU 360All TCU. All the time.
57.2 F
Fort Worth
Facebook
Instagram
Twitter
TCU 360All TCU. All the time.
PolitiFrog What we’re reading: Trump versus everyone else
Facebook
Twitter
Linkedin
ReddIt
print
We’re back and we’re reading – everything from “Fox News” to the “Washington Post.” We’re trying to help you keep up with the rapid pace of politics and everyday news. Today, we’ve got news on the most recent intelligence report, Robert Stone pleading not guilty and icy cold temperatures in the Midwest.

An intelligence report of global threats, released Tuesday, stressed a present nuclear threat from North Korea and continued violence in Syria by ISIS, according to the New York Times.

This directly contradicts President Donald Trump’s previous assertions that ISIS had been defeated, and that North Korea will give up their nuclear weapons.

The report did not mention the crisis at the southern border or the construction of a wall, President Trump’s top security priority.

Many Republicans, including Senator Mitch McConnell, have sided with the intelligence report and are “pushing back” against President Trump’s foreign policy.

McConnell introduced a measure yesterday that criticized withdrawing troops from Syria and Afghanistan.

Long-time Trump advisor and business partner, Roger Stone, pleaded ‘not guilty’ on Tuesday to counts of obstruction of justice, false statements and witness tampering, according to CNN.

Stone is allegedly connected to the release of information on Hillary Clinton through WikiLeaks during the 2016 election.

President Trump noted that the indictment does not explicitly reveal a conspiracy between the Trump campaign team and Russia.

The Midwest experiences the ‘coldest air in a generation’

According to CNN, polar vortex winds sweeping through the Midwest are creating subzero temperatures for 83 million people.

The ‘coldest air in a generation’ has already caused five deaths this week, and officials warn of near-instant frostbite with wind chills in Minnesota at negative 70.

The cold temperatures are also causing issues with postal delivery and flight cancellations across the Midwest.

A Facetime glitch has allowed people to eavesdrop on each other through group FaceTime, according to The New York Times.

This glitch granted access to the Facetime caller to listen in on the recipient of the call, even if the recipient did not answer the call.

More than one week after Apple was notified of the issue, they disabled group Facetime.

Apple plans to release new software later this week to fix the issue.

The largest racial minority of the electorate is Latinos

Latinos are projected to be the largest share of minority voters in the 2020 election, according to NBC News.

In 2020, 32 million Hispanics will be eligible to vote in comparison to 30 million eligible black voters.

36,000 pounds of chicken recalled by Tyson

According to NBC News, Tyson recalled 36,000 pounds of chicken because they may contain rubber.

There have been no reported adverse reactions to the chicken; however, the U.S. Agriculture Department has reported claims of rubber material within the packages. 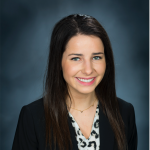