Parking Lot 12 on Sandage Ave is closed in preparation for the construction of the new TCU hotel, which the land is being leased to a developer. 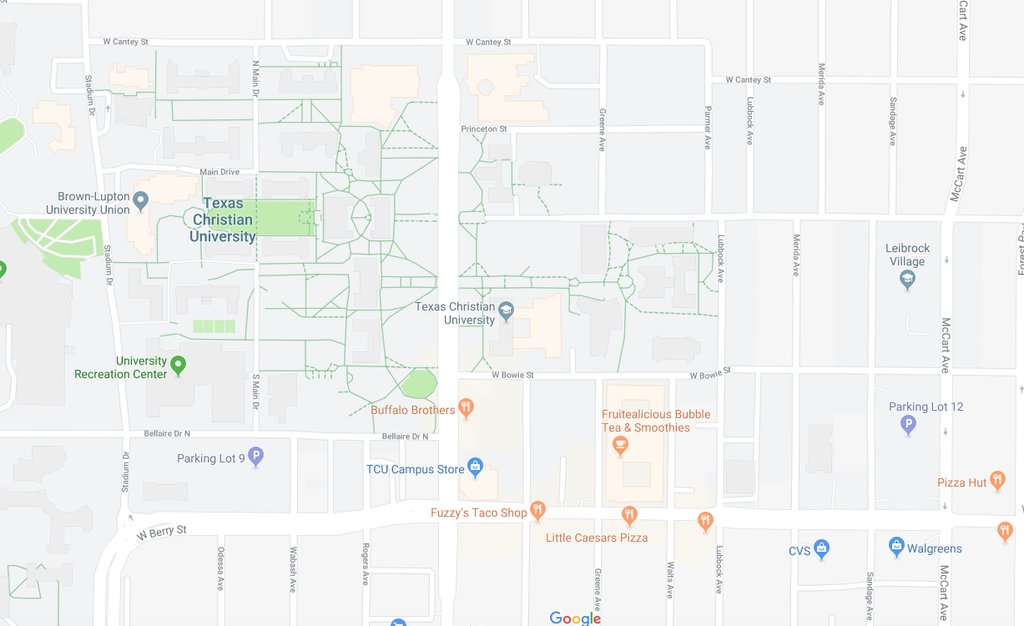 “We’re missing a lot of parking spaces right now,” Andrews said. “I know it is causing a lot of inconvenience for everyone.”

While old lots continue to close, new lots are still under construction, forcing students to leave for class much earlier.

Audrey Hatcher, a senior, said she used to park in the Sandage lot, but with the new closure her only option is to get to campus early in the morning.

“It’s just really frustrating and time consuming,” said Hatcher. “You have to get here way too early.”

Hunter Ricks, a junior, said he bought a moped so he wouldn’t have to worry about parking at all.

“I use that to like mitigate the chances of showing up late to class,” Ricks said. “But also, that’s an expense I shouldn’t have to worry about.”

Students said they want to abide by the parking rules, which is why they’re looking into using the shuttles or arriving early in the mornings.

Students may have to park farther away from campus to find a spot, but with improvements to the university’s shuttle system, Andrews said students won’t have to make the longer walk.

“What I’d like to push is the idea of people riding the shuttles,” he said. “We had 10 shuttles as of last year, but now we have 14 shuttles.”

Students can find information on parking lot closures and campus construction through their student emails or by visiting maps.tcu.edu.