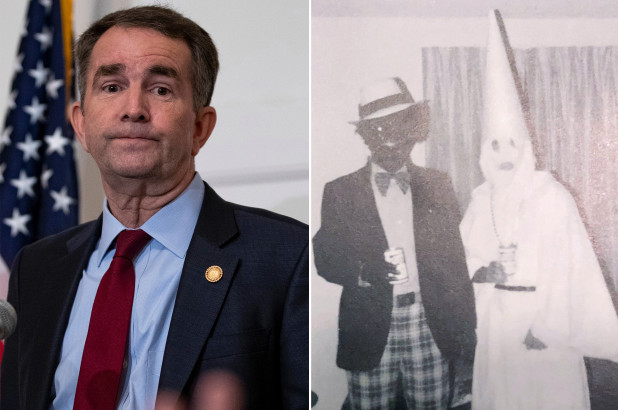 We’re back and we’re reading – everything from “Fox News” to the “Washington Post.” We’re trying to help you keep up with the rapid pace of politics and everyday news. Today, we’ve got a preview of the State of the Union address, high obesity-related cancer cases, and low Super Bowl viewing.

President Donald Trump will give another State of the Union address today.

According to Fox News, Trump plans to call for unity during the ongoing fight over border wall funding.

According to the New York Times, Trump’s legislative road toward wall funding is narrowing. His backup plan to avoid legislature by declaring a state of emergency could cause turmoil within the Republican Party.

This will be Trump’s first speech to a Democrat-controlled Congress.

Virginia governor refuses to step down after a blackface photo of him was released Sunday.

Virginia Governor Ralph Northam has been accused of blackface after a photo depicting a man with his face painted black resurfaced from a medical school yearbook.

According to MSNBC, Northam told reporters that he “dressed as Michael Jackson using some shoe polish on his skin during the same time-frame represented in the yearbook.”

However, according to the New York Times, Northam said “[he is] not either of the people in that photo.”

Northam has since said that he will not accept his party’s call to resign amid the scandal.

Study shows cancer fueled by obesity on the rise for millennials

Cancers correlated to obesity are becoming more common for young adults in the United States, according to a study by the American Cancer Society.

According to CNN, a study published in the Lancet Public Health, found increasing trends of 30 different cancers in people aged 24 to 49. Of those 30 types, 12 were determined to be obesity-related.

President Trump has selected nominee to lead the World Bank

President Trump plans to nominate senior Treasury Department official David Malpass as the next leader of the World Bank.

According to CNBC, the Trump administration is expected to announce Malpass on Wednesday. He would replace Jim Yong Kim.

Kim stepped down from the position on Friday to join Global Infrastructure Partners, a private equity fund.

This year’s game had the lowest number of viewers since the 2008 Super Bowl, which totaled 97.4 million.

Nigeria’s presidential election is Feb. 16 and campaigning is slowing down.

During most elections in Nigeria, political sponsors with money and influence help support their preferred candidate.

According to BBC, these people have been given the name “godfather” and their candidate being called “godson.”

Those terms were cued by Dr. Dele Ashiru, a political science professor at the University of Lagos, despite not fitting the exact definition of “godfather.”

There are some issues with this development as some godfathers are believed to have political power.

In Nigeria’s leading oil-producing state, Akwa Ibom, the supposed godfather of the leading candidate is Godswill Akpabio, a Nigerian senator.