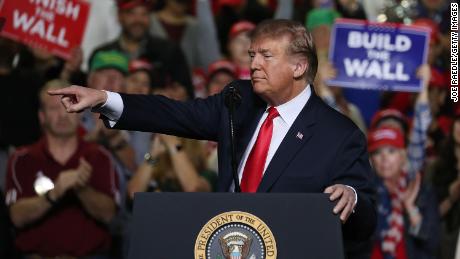 We’re back and we’re reading – everything from Fox News to The Washington Post. We’re trying to help you keep up with the rapid pace of politics and everyday news. Today, we will discuss the Senate and House avoiding another government shutdown, President Trump planning to declare a national emergency, terrorist attacks in India, Amazon pulling plans for a new headquarters, a California arsonist being jailed and Nickelodeon announcing the revival of two comedy classics.

Senate and House approve deal to avoid another government shutdown

With just over a day left before funding expires for major parts of the government, both the House and Senate voted on Thursday to approve a funding deal to avoid another government shutdown.

This vote marked the end of multiple contentious weeks of arguing in the House and Senate. The deal approves of $1.375 billion for border support, which is $4.3 billion less than President Trump demanded.

Trump plans to support the deal agreed upon by the House and Senate, but he will also declare a national emergency to secure the rest of his border funding.

President Trump plans to fund his border wall by declaring a national emergency and reallocating $8 billion from various federal agencies.

According to Fox News, this planned action has brought “condemnations from D and threats of lawsuits from states and others who might lose federal money.”

House Speaker Nancy Pelosi, D-Calif., and Senate Minority Leader Chuck Schumer, D-N.Y. said this action would be “a lawless act, a gross abuse of the power of the presidency and a desperate attempt to distract.”

White House aides said that they will wait to see what Trump does before filing for lawsuits or pursuing votes for a resolution to prevent Trump from moving money to fund the wall.

In Kashmir, India, a bomb exploded near a convoy of Indian military personnel. It was one of the deadliest attacks in recent history in India.

According to CNN, the convoy was transporting members of the Central Reserve Police Force.

The CRPF was “on the national highway when it was struck by a blast from an improvised explosive device,” said Munir Khan, director of general police.

The Indian government has blamed the attack on a Pakistan-based terrorist group.

After facing from New Yorkers and multiple local politicians, Amazon decided to cancel its plans to build a headquarters in Long Island City, Queens.

According to CNN, the New York h was selected in November after a search, and the headquarters was expected to employ over 25,000 workers.

“A number of state and local politicians have made it clear that they oppose our presence and will not work with us to build the type of relationships that are required to go forward with the project we and many others envisioned in Long Island City,” a spokesperson for Amazon, Jodi Seth, said.

Proponents of Amazon of the New York headquarters claimed that this move would have ed New York to rival Silicon Valley as a technology hub.

Opponents of the New York headquarters argued that it was a bad deal for New Yorkers because it would hurt taxpayers and the neighborhood.

A California man was sentenced to 12 years in prison after admitting to starting the wildfires in the San Bernardino National Forest last summer.

According to CNN, the judge also declared that McGlover must pay restitution to the victims.

The fires started by McGlover scorched over 13,000 acres and required over 700 firefighters to extinguish them.

Nickelodeon announced Thursday that the company plans on focusing on a few older, iconic children’s shows like “Spongebob Squarepants” and “All That.”

Little information has been revealed about the “Spongebob Squarepants” spin-off.

The revamping of the popular 1990’s and early 2000’s sketch show will be led by Kenan Thompson, a former “All That” cast member.

Thompson, now known for his long run on “Saturday Night Live,” will look to bring back the magic of the show that introduced stars such as Amanda Bynes, Nick Cannon and Gabriel Iglesias.

Nickelodeon has not announced a release date for either show.

Jake Hook is a senior sports broadcasting major and journalism minor from Louisville, Kentucky. He has worked as a journalist and broadcaster for the Pierre Trappers baseball team, and he has worked for over three years in sports radio as a producer and show host. When he is not working, Jake is busy consuming all kinds of sports, spending money he does not have or getting frustrated while trying to learn the guitar.