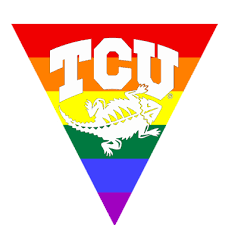 Graduate and undergraduate members of Spectrum, the Gender Resource Office (GRO), Women’s & Gender Studies (WGST) and V-day will continue their tradition of having a drag show on campus.

A Night of Drag will take place on Monday in the Brown-Lupton University Union ballroom at 7 p.m.

The organizing groups have regularly put on a drag show at TCU since 2010.

Although the drag show doesn’t happen every year, it has been a consistent part of TCU in recent years, said Whitney Roach, TCU Graduate Spectrum President.

Roach and her team have planned a night full of fun and inclusive activities.

“We have several faculty members as well as students who have performed before who have offered to meet with amateur students to work through routines etc.,” Roach said. “We have 11 performers and 16 volunteers for the evening.”

In 2018’s drag show, students wore drag costumes and strutted their “stuff”. The show was put on to raise money and bring awareness to the LGBTQIA+ community.

This year, Roach and her organizing team have a bigger goal in mind.

In addition, the organizers of A Night of Drag hope to raise funds for a wonderful youth organization here in Fort Worth, LGBTQ S.A.V.E.S. The organization promotes supportive learning environments and offers resources to youth and their families, according to their webpage.

Spectrum has “facilitated a safe-sex talk and rapid testing, blood drive exclusionary awareness, and participated in the Fort Worth pride parade.”

While they don’t have anything in the books after A Night of Drag, the organization plans on being involved in events in the future, Roach said.