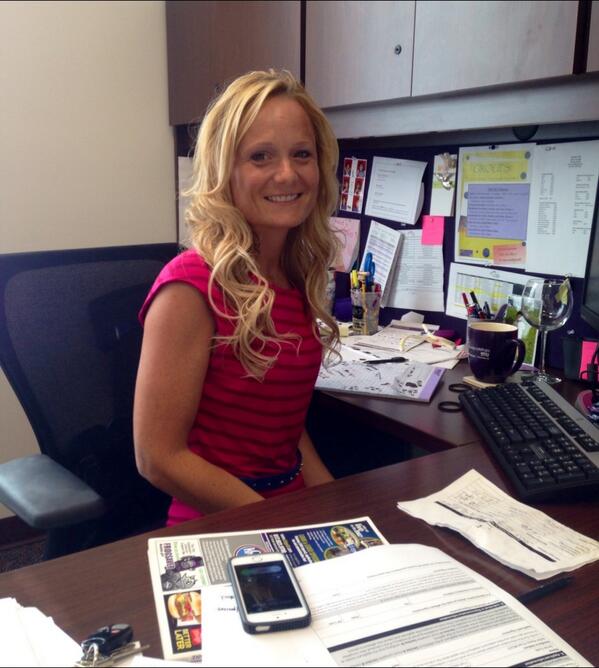 Those who knew the assistant dean of campus life who was killed in a drunken driving crash earlier this month said she was known for her warm presence, compassion for others and joy.

Jamie Dulle, 41, died March 11, from injuries sustained when her car was struck from behind by a vehicle whose owner was later charged with intoxication assault.

Her colleagues in the office of Campus Life said she was a friend and confidant.

“Jamie brought light and joy into a room,” said Crystal Page, who was her administrative assistant. “She cared deeply for her students and friends and my life and so many of her students will agree, is better because she was in it.”

Page said Dr. Dulle had an infectious laugh, was fierce and was dedicated to bettering the lives of many people.

Her death at the start of spring break stunned many who knew her.

jamie dulle was the @TCU angel. i could never possibly express how much love i have for this woman— Taylor (@tayy_alexiss) March 15, 2019

Gabriel Glaser, a junior education major, had Dulle as an advisor. He remembered her as being very helpful and making his experience at TCU better.

“She was the type of person who really wanted to see you succeed,” said Glaser. “She was extremely helpful and encouraging during times of adversity and struggle.”

Those who knew her said Dr. Dulle was a light for others. She oversaw the women’s program education, student advocacy and crisis response. She dedicated her work to helping students overcome personal challenges that created barriers for them to achieve academically.

But through everything, she also faced her own personal challenges.

In 2010, Dr. Dulle’s husband died from brain cancer, leaving her to raise their sons, Boston and Braylen.

Friends said she promised her husband she would raise their sons while fulfilling her own dreams. It was a promise she kept. She earned her doctorate in education in December after defending her dissertation focused on student-athletes and their help-seeking behavior.

University resources are available to those that need them including the TCU Counseling & Mental Health Center, Office of Religious & Spiritual Life and Employee Assistance Program.

Group counseling is at 1:30 p.m. with individual counseling from 2:30 p.m. until 5 p.m. It will take place in the Dee J. Kelly Alumni and Visitors Center in the Murphy Conference Room.

The driver of the car that struck Dr. Dulle’s, Cristen Hamilton, 33, bonded out of jail March 11.