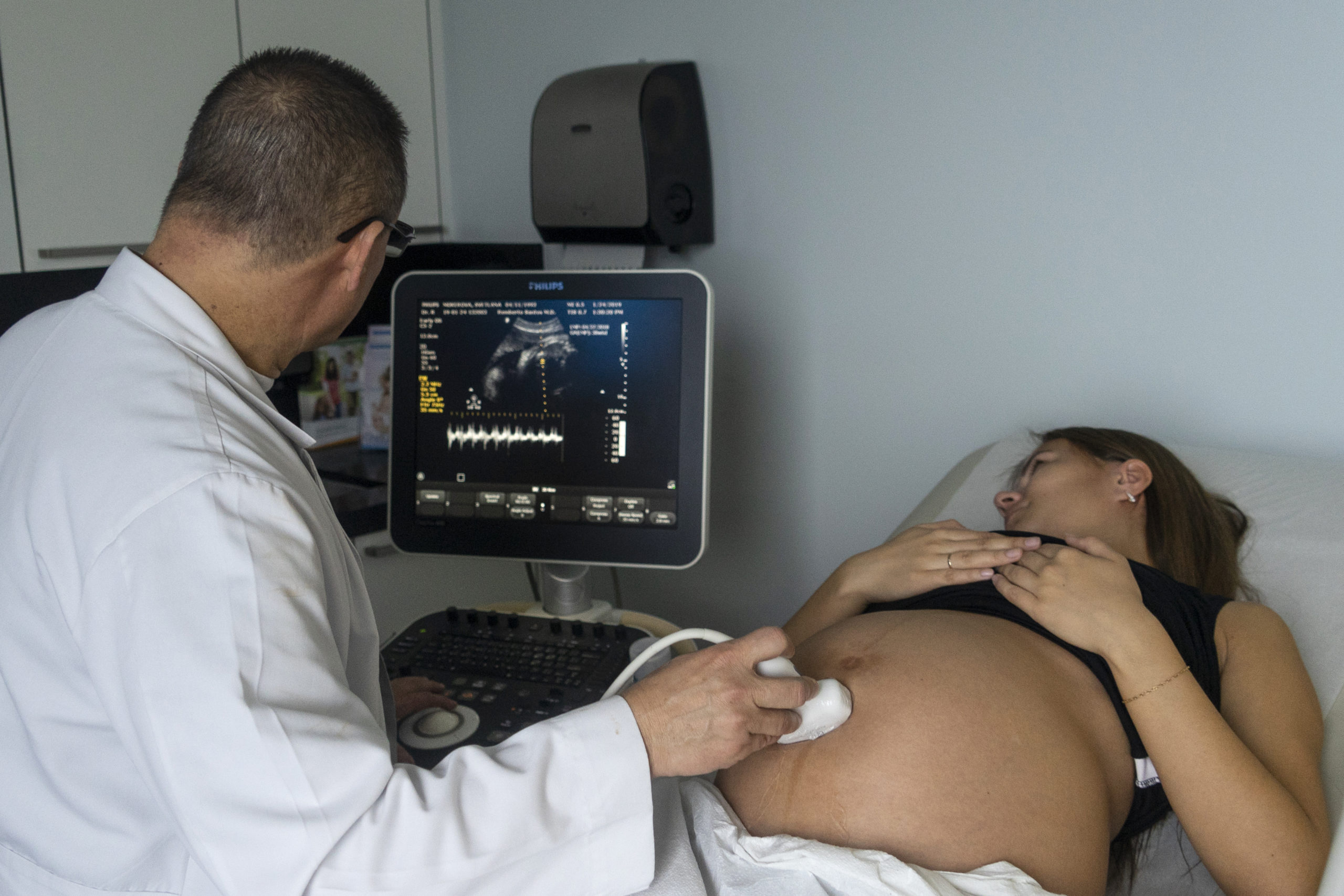 Poverty and limited access to health care continue to make childbirth more risky for American women when compared with other developed nations.

The U.S. maternal mortality rate – the death rate among women who are pregnant or die within six weeks of giving birth – has doubled since the government began collecting statistics in 1987 to 26.4 deaths per 100,000 people in 2015.

Roughly 700 women die annually from pregnancy-related conditions, according to the Centers for Disease Control and Prevention (CDC). In most cases, the deaths could have been prevented.

The deaths cut across racial lines, but black women are most at risk of dying from pregnancy-related complications, accounting for about 43 percent of all maternal mortalities. But doctors say this is more about access to care than race.

“I think that’s more of an access issue for sure,” said Dr. Alison Pasciucco, a Fort Worth obstetrician. “It has to do with structural racism across the country.”

Black women die from pregnancy-related complications more than any other women in the U.S.

“Black women are more likely to be uninsured, face greater financial barriers to care when they need it and are less likely to access prenatal care.”

National Partnership for Women and Families

In recent months, Texas has begun disputing the official number of deaths attributed to pregnancy. Researchers have suggested that deaths were miscoded and that up to 50 percent of deaths linked to pregnancy in 2012, the year reviewed, could be mislabeled.

If this were the case, that year’s projected rate of 14 deaths per 100,000 people would have been more aligned with the national rate. However, that rate still puts Texas, which has one of the world’s largest economies, behind countr such as Saudi Arabia, New Zealand South Korea when it comes to maternal mortality.

Many women especially young, low-income people of color are affected by lack of publicly-funded health services.

However, maternal mortality is only part of the equation. Countless other mothers experience major complications in the birthing process, and Texas lacks the resources to provide adequate women’s healthcare.

“I know there are multiple counties in Texas that do not have an OBGYN in the whole county,” said Dr. Hollis Bartels, a Fort Worth obstetrician. “That means they have to travel two hours to see their doctor. You can imagine that complications can happen if you can’t get to a facility quickly, and those rural settings aren’t going to have pregnancy doctors or the best resources and pregnancy doctors.”

An app for maternal health

Education is a key factor in improving maternal health, and one app is aiming to teach people on how to respond to different health issues.

Most women who die after giving birth die within six weeks of the birth, according to Dr. Teresa Wagner, a health scientist, researcher and advocate at the University of North Texas Health Science Center.

She has worked with a developer to build a first-of-its-kind app that provides new moms and their caregivers with information on how to respond to health issues.

“What About Mom?” is a first-of-its-kind app that explains how to respond to health issues with easy-to-understand language to answer health questions, including whether they should seek help. It will be available in English and Spanish when it’s released.

Wagner said she found that when mothers are educated in the hospital, the information they’re given is not nearly comprehensive or consistent enough. Built on the foundation of the Texas Maternal Mortality and Morbidity Task force, Wagner said her study into health literacy was one of the first of its kind.

One of the main research questions she focused on was:  “Do moms even know they’re at risk after birth?”

The researchers looked at handouts and information that mothers are given when released from the hospital and found that much of the information was not usable or readable for many mothers. They then interviewed several mothers to find out how the information could be more efficient and effective. 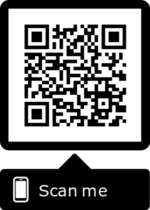 The app is the result of the study and takes much of the information normally given to mothers after giving birth and presents it in a convenient, legible format.

Users can click on icons for the symptoms they might be feeling to learn more, after which the app helps them decide whether to call their doctor or to call 911.

Wagner said she hopes for the app to be adopted statewide and, eventually, nationwide.

The Texas Alliance for Health estimates that 17 percent of Texans live without health insurance, the highest rate of uninsured residents of any state.

In Texas, benefits for women with Medicaid end two months after giving birth. The state has also kept its pre-2014 eligibility rules for Medicaid. New eligibility rules would likely greatly increase those who are eligible.

“Women in Texas have not historically had access to health care across their lifespan, so when they’re pregnant and don’t have care, it’s really hard to treat those things in such a short amount of time,” said Amy Raines-Milenkov, chair of the Texas state task force on maternal mortality and assistant professor of pediatrics at the University of North Texas Health Science Center.

Most other states have participated in the expansion of Medicaid. Utah, Idaho, and Nebraska are expected to expand in 2019.

Texas legislature is currently working on several bills that could impact women’s healthcare in the state.

State Rep. Michelle Beckley, D-Carrollton, is sponsoring a bill, which would provide continue Medicaid coverage for at least 12 months after giving birth and miscarrying a pregnancy.

The state also passed a bill to create the Alliance for Innovation on Maternal Health (AIM) and give aid packages to different areas of healthcare, one of which being maternal health. The Texas Department of Health Services requested $2.7 million for AIM funding and additional money to improve the record system used to track maternal mortality.

Doctors at Premier Obstetrics and Gynecology in Fort Worth, where Bartels practices, said pregnancy Medicaid often influences whether a pregnant woman can begin cared for by a physician.

The government funded health insurance program provides healthcare to pregnant women who have no medical insurance or inadequate insurance.

“If you’ve never been to a doctor for the past six years, because you didn’t have insurance and now you do, then there’s the potential for there to be an increase in health issues.”

Bartels said that she has had multiple patients who show up for their initial visit without insurance.

“We confirm the pregnancy, but they want to wait to do their lab work and things like that until they get their insurance, and that usually takes a month or so and delays treatment,” Bartels said.

According to the Henry J Kaiser Family Foundation, minorities made up 60 percent of the American population that was enrolled in Medicaid in 2013.

“The later you present in care, the higher chance that there has been an undiagnosed issue that hasn’t been managed that could put you at further risk for complications,” Bartels said.

Pregnancy Medicaid can not only cause women to delay their pregnancy care, but it can also lead to an inadequate amount of postpartum care.

“Medicaid only works for six weeks after the birth of the child, but that means only two appointments in the six-week period,” Pasciucco said.

In 2006, the maternal mortality rates in California and Texas were within one percentage point of each other.

California’s maternal mortality rate was 16.9 deaths per 100,000 people, according to the California Maternal Quality Care Collaborative (CMQCC), while Texas’s rate was 17.5 per 100,000, according to a study published in Birth-Issues in Prenatal Care.

But between 2006 to 2013, California’s maternal mortality rate declined by 55 percent to 7.3, according to the state’s Department of Public Health, while Texas’s decreased by about 17 percent to 14.6 per 100,000, according to a study published by the Texas Maternal Mortality and Morbidity Task Force.

Raines-Milenkov said California’s success in decreasing this rate is due in part to the state’s swift adoption of safety bundles.

The AIM bundles provided by the Council on Patient Safety in Women’s Health Care are divided into four categories: readiness, recognition and prevention, response and reporting/systems learning. For example, a bundle for severe hypertension in pregnancy advises hospitals to have “rapid access to medication,” and to provide drills for doctors to prepare for a patient with severe hypertension.

The Texas Department of State Health Services has partnered with AIM to form the TexasAIM initiative “to end preventable maternal death and severe maternal morbidity,” according to their website.

Hundreds of Texas hospitals have enrolled in TexasAIM as of February 2019.

Raines-Milenkov said Texas is the only state that has to redact names and identifying information of patients before reviewing cases, an additional step the review board in California and other states do not have to take.

“I have no doubt [Texas] is going to see reductions [in maternal mortality rates],” Raines-Milenkov said. “Especially after having read cases for so many years. California is an incredible example of what’s possible.”

While Texas and much of the U.S. has struggled to reduce maternal mortality, the situation has been improving globally.

Brenda Davis, the producer of the award-winning documentary Sisters which health literacy and maternal health in developing countries, said the U.S. should improve its protocols for pregnant women and new moms.

“All women and families should have access to free health care, respectful care and anti-racist work.”

She said any approach to improving maternal health has to be multifaceted.

“Climate change, immigration, poverty, racism, and women’s rights are some of the few issues that are interwoven with maternal mortality,” she said.

Davis pointed out cultural aspects in developing countries that contribute to their maternal health.

“The access to local health care is a huge factor, so the training of local health workers who respect local (non-harmful) practices,” Davis said. “Access to clean and safe delivery and postpartum care are vital to the health of the mother and baby.”

In her documentary, one of the countries Davis focuses on is Ethiopia where officials have been working to improve mid-level health worker training to help deal with emergency procedures and surgeries.

“They use a model where the priority is to observe signs of the mother requiring more care, such as dizziness, fever, bleeding, and high blood pressure,” said Davis. “They also use the ‘chain of survival’ of care set in place.”

Davis said some ways the U.S. could promote health literacy are as simple as respecting women who may need help. The health infrastructures also need to be responsible for maternal mortality as a whole.

“Women’s health as a priority to families, communities, countries is reflected in the maternal mortality rate,” Davis said.

Globally, 21 percent of births are Cesarean or surgical procedures, rather than natural births. An over-reliance on this method can reduce its effectiveness and put women at risk for infection.

The suggested number of necessary c-sections is approximated at 19 percent of births, according to The Journal of the American Medical Association’s analysis of childbirth in 194 countries.

If the rate of c-sections increases past 19 percent, researchers have found that cesarean sections start to become less successful in maintaining the health of the mother.

In the United States, nearly one in three births are done via cesarean section. The increase in surgeries is resulting in higher rates of mortality.

The higher rate of morbidity after a c-section is due to infections and transfusions.