Some students are reluctant to see “Joker” this weekend after threats of mass shootings at unspecified theaters emerged on the dark web Monday.

The threats, which originated from Fort Sills Army base in Oklahoma, were confirmed by Stephen P. Gontz, a criminal intelligence analyst from the United States Army Criminal Investigation Division Command.

Texts and screenshots circulated around social media and warned students not to attend the release of the movie on Oct. 4 and to be aware of their surroundings while the movie is in theaters over the next few weeks.

The most recent mass shooting in a movie theater happened on July 20, 2012 at a screening of “The Dark Knight Rises” in Aurora, Colorado. The shooter, dressed in a costume, released tear gas into the crowd and began to shoot at the audience with multiple semi-automatic firearms.

Luis Rodriguez, a senior business marketing major, said he received a text in one of his fraternity group chats about the statement.

“I’m a little skeptical about seeing the movie at all or anytime this week or next because I know the Aurora incident a years back was very similar to this situation,” he said.

Rodriguez also said a couple of his friends decided to wait a few weeks before going to the movies at all because of the risk.

First-year pre-nuring major Samantha Paniccia said she will also not be attending.

“It’s sad that something that can be so fun is being turned into something so scary,” Paniccia said.

Some students also received the official memo from the US Army’s 167th Military Police Detachment, describing the threat and its origin.

“I wrote it and it’s legitimate,”  confirmed in an interview with TCU 360.

was unable to answer questions on how the potential threat was discovered because it is classified.

Several theaters have decided not only to ban masks and costumes, but also some theaters are not showing the film.

Century 16, the theater in Aurora where the 2012 shooting took place, will not be screening the movie, according to Fox News.

Laine Kaplowitz, the director of publicity for Landmark Theaters, which has two theaters in Dallas, said they will be banning masks and costumes for the showing of the movie as a safety precaution.

Movie Tavern and AMC theaters in Fort Worth declined to comment on the threats.

Warner Bros. Entertainment released a statement regarding the shooting threat.

“Warner Bros. believes that one of the functions of storytelling is to provoke difficult conversations around complex issues. Make no mistake: neither the fictional character Joker, nor the film, is an endorsement of real-world violence of any kind. It is not the intention of the film, the filmmakers or the studio to hold this character up as a hero.”

Local law enforcement officials are still encouraging people to view the movie but to be vigilant and aware of their surroundings.

In the event of a shooting, the Department of Homeland Security recommends to be aware of your surroundings, run, hide and fight if necessary. 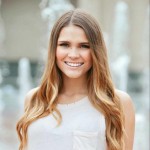