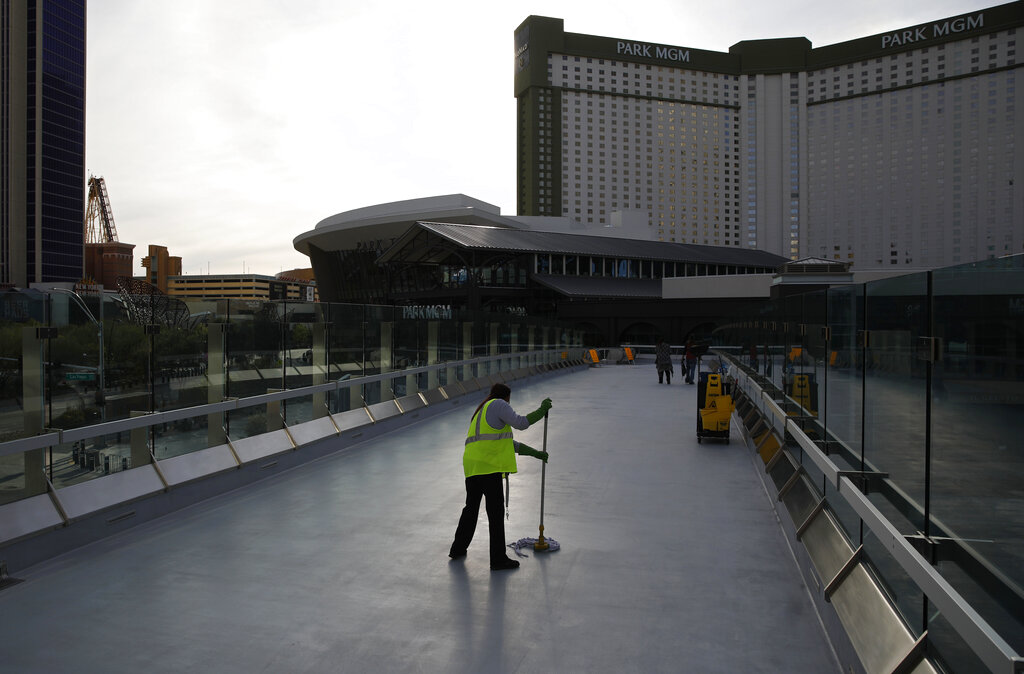 Silence is a rarity for Las Vegas, a city that’s well-known for extravagant parties and exuberant nightlife; however, everything came to a halt on March 13, after Gov. Steve Sisolak declared a state of emergency to “mitigate and contain” the spread of COVID-19.

It’s been nearly 57 years since the Las Vegas strip went dark, not since 1963 and the assassination of President John F. Kennedy. But now, the strip has fallen silent once again.

Hotels, casinos and various gambling industries were shut down as a part of the city’s statewide gambling ban.

“Gambling is a key part of our city’s economy and the shut down of gambling industries will likely greatly affect the city’s fiscal system,” said Emma Hirsch, a junior at the University of San Diego who lives in Las Vegas.

A report by the Nevada Gaming Control Board said non-restricted Nevada gaming licensees grossed $1 million or more in gaming revenue for the past fiscal year. Despite the economical repercussions, Hirsch believes the ban will play a large role in preventing the spread of the virus.

“The financial appeal of gambling is coupled with large influxes of tourists who could carry the spread of the virus around our town and then back to where they are from,” Hirsch said. “This in itself should be a good enough reason to temporarily shut down the gaming industry.”

Additionally, park operations at Lake Mead have been moderated and Red Rock Canyon state park has been closed in hopes of halting the possible spread of the virus through paying entrance fees.

“I am sad about this because Red Rock and the lake seem like places that would be nice to walk around while still being able to social distance, but since they are not open it will be difficult to find places to be outside,” said Holly Jones, a junior at Dickinson College who also lives in Las Vegas.

When Brooke Pensivy, a junior at Grand Canyon University, returned home, she immediately witnessed the impact COVID-19 has had on the city’s identity.

“It felt like a ghost town,” Pensivy said. “I took a ride recently to the strip and usually it is so crowded and now there is no one and everything is shut down.”

Although the empty strip was difficult for Pensivy to fathom because it is so important for the Las Vegas economy, she agrees with the preventative measures the Nevada government has taken.

“Honestly, I think our government did a good job on certain things being closed,” Pensivy said. “Having essential things be open is great.”

Until a solution to stop COVID-19 is found, Sin City will remain silent. No gambling, tourists, no events.

The only cars parked on each block are single police cars.

Hotels are vacant, and sidewalks and streets that are typically buzzing with people — giddy and starry-eyed about the magic Vegas holds — are empty and dim.