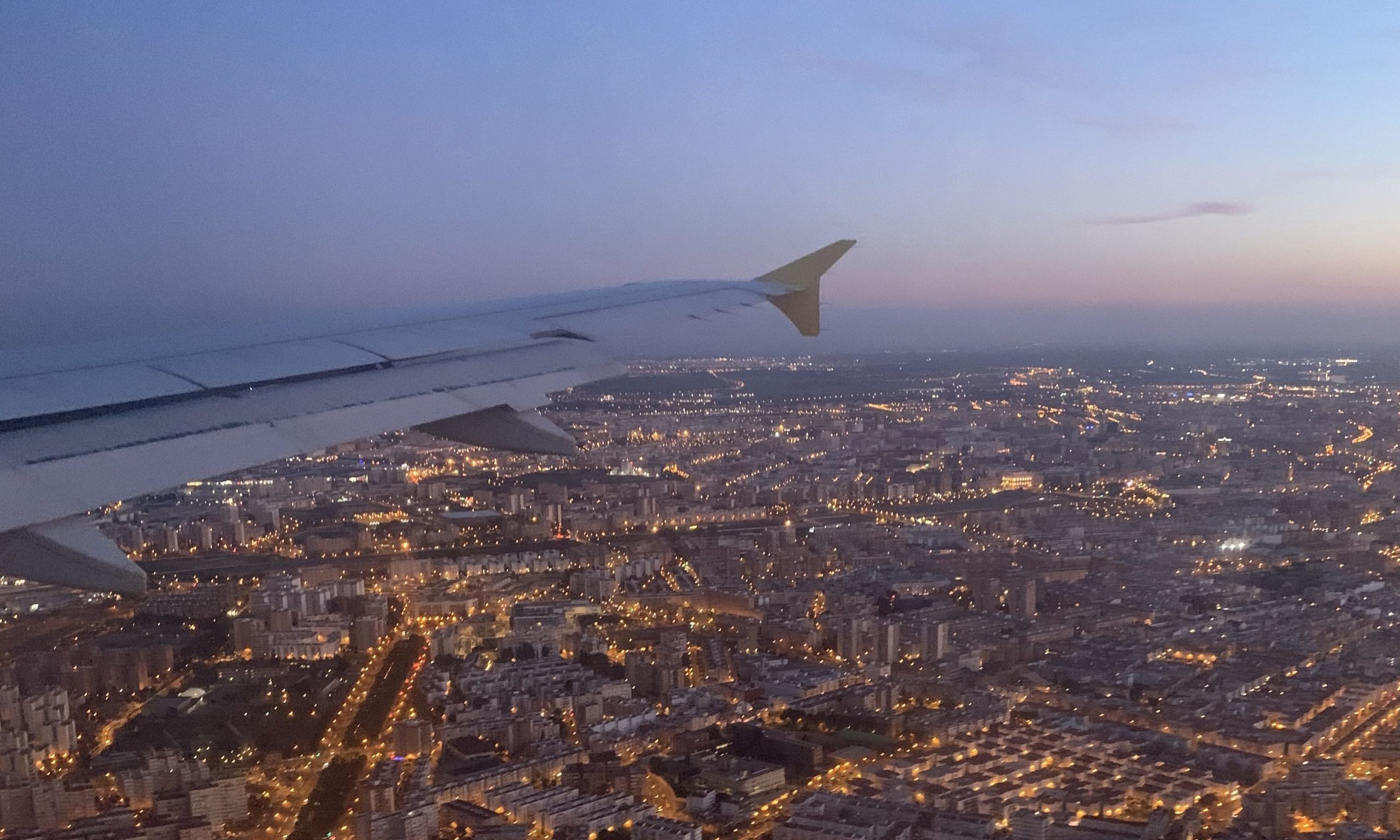 We should have known something was wrong.

I was at Plaza de España with my study abroad roommate, Hallie Hoch. It was a beautiful, sunny day, yet the usually bustling plaza–one of the most popular tourist sites in Sevilla–was eerily vacant.

There was one flamenco dancer with an empty tip jar. We took some photos and then headed back to our host home for lunch.

We were greeted by our host mom as we walked in the door. Worry creased the lines of her forehead. “España ha declarado un estado de alarma.”

At that moment, COVID-19 ended my semester abroad in Sevilla.

The near future was spinning out of control as Spain declared a state of emergency. My host family had become family to me, but now I worried about getting home.

We gathered around the TV to await President Pedro Sanchez’s announcement. In our panic, we moved as close as we could, as if being close would somehow make it more real. As we waited I dialed American Airlines.

The automated voice warned of a high volume of calls and suggested I call back later. Click.

My heart and imagination raced. Would the borders close immediately? Would the police be in the streets tonight? Would we be allowed to leave Spain? Would it still be an option to call back later?

We already knew our time in Sevilla was ending early. We had booked flights home for Thursday, March 19 after President Donald Trump announced a travel ban on March 11.

But just the day before, life was normal. We attended our classes, walked by the river with friends and rode the metro. That time was gone.

The house fell silent when President Pedro Sanchez appeared on screen and began speaking. He announced a two-week, nation-wide quarantine, closed all non-essential businesses and only permitted citizens to leave their homes to go to the pharmacy or grocery store.

An app I had installed on my phone to help me document my time abroad sent a notification.

“You may delay, but time will not.”

I went online to look for flights. Sold out. Sold out. Canceled. After two hours of searching and calling, I finally booked a flight to London for the next morning.

When we went out that evening to say goodbye to our friends, once popular restaurants were already closed and the busiest streets were empty.

The Sevilla I came to know during my two months living there was full of life at all hours, bustling with people and energy. This was a Sevilla I didn’t recognize.

Twenty-four hours earlier we thought of this as the flu, shaking our heads at the chaos and panic of others.

Now, we were fleeing the newest epicenter of the coronavirus without knowing what awaited us at the United States border.

I shoved a semester’s worth of clothing into my two checked bags, said goodbye to my host-family and rushed to the airport before sunrise.

It took 12 hours to abandon the life I spent the past two months creating.

Study abroad students filled the Sevilla airport. They crowded the counters. Everyone had so much stuff–bags, suitcases, more bags–all piled on top of each other. We all looked tired and concerned.

People pushed to the front of the line to check-in. Everyone was trying to escape to London before the borders closed. We all feared they could close at any moment. Two flights to London had already been canceled.

My flight to London was completely full. The atmosphere was tense.

The airline bussed us across the tarmac, crowding us in, shoulder-to-shoulder, with no thought of social distancing. It was quiet as people filled the seats and stuffed luggage in the overhead compartments.

The flight attendants knew the situation was tense. Just before takeoff, they led the entire plane in doing the wave.

At take-off the adventure began.

The flight attendants tried to keep the two-hour trip light. They sold lottery tickets and skincare products. They told jokes over the intercom.

We had to go through customs when we arrived in the U.K., due to the Brexit decision, and the customs agent gave a grim remark when he looked at my passport.

The customs agent looked at my passport.

“Trying to make it home? Good luck.” He handed it back with a smile.

Every flight from London to the United States was full Saturday, so Hallie and I spent the night in London before our flights the next afternoon.

When I finally stepped inside London’s Heathrow Airport at 1 p.m. Sunday, it was strangely quiet, but every flight to the United States was full.

Nearly all the passengers on my flight were American citizens, and many were study abroad students. They were leaving Italy, Portugal and London.

We took off for Dallas/Fort Worth Airport not knowing what would greet us.

Everyone had to answer a questionnaire about our health and possible contact with the coronavirus.

When we landed, the flight attendants announced that we had to wait on the plane to receive an update from the CDC. They had no idea what awaited us. After 15 minutes, we walked into a silent DFW customs.

I had read the news and seen photos of lines at DFW Airport and other airports from the day before. I expected to be waiting for hours.

But there was no wait. I walked up to the Border Patrol agent and handed him my completed form and passport. He stamped my passport and waved me through.

After seeing the reports about the long lines on the news, my mom drove from Fayetteville, Arkansas, to DFW to pick me up in case I missed my connecting flight.

I made it through customs before she made it to DFW. I waited outside Terminal D as I watched other study abroad students and their parents reunite.

My mom pulled up to the curb and jumped out of the car wearing a sweatshirt that said “It’s all bueno!”

I smiled, hugged her and breathed in the Texas air for the first and last time this semester.

I sank into the front seat of the car, fatigued from days of travel, and closed my eyes.

I hoped it would all be bueno.

Fifty-seven hours after Spain declared a national emergency, I woke up on day one of my 14-day self-quarantine in Fayetteville, Arkansas.

“Are you sad you had to leave Spain?”

That’s the big question. The truth is, it was time.

Spain, and the rest of the world, changed after the national emergency announcement. My favorite parts of Sevilla were vacant. I was isolated from my new friends and I was nervous about the future spread of the virus.

I’m thankful for the two months I was able to study abroad learning Spanish, traveling and opening myself to the world.