This is one in a series of stories that examines how the COVID-19 pandemic has impacted systemic issues through the Fault Lines of race, class, gender, generation, geography and sexual orientation.

The coronavirus has affected populations around the world, but Black and Latinx communities in the United States are experiencing more cases and deaths, and fewer recoveries than affluent, white communities.

Failures in testing and tracking along with loose health precautions and a delayed national response to the pandemic have exposed issues that affect marginalized communities: racial disparities and disparities in resources.

In a 2018 study the Economic Policy Institute found that about 16% of non-Black Latinx workers and 20% of Black workers could complete their jobs or part of their jobs from home, while non-Latinx white workers’ average for telework was 30%.

The number of workers of each racial and ethnic background who telework, or can work from home, is a good indicator of which communities would be more affected by the pandemic both financially and in terms of their and their families’ health.

Service jobs including transportation and utilities are held in higher numbers by Black men, while hard-labor industries such as construction and maintenance are held in higher numbers by non-Black Latinx individuals. Twenty-one percent of the construction industry’s labor force was non-Black Latinx, while 14% was white, according to a study conducted by the United States Bureau of Labor Statistics.

Read more: Civil rights protesters gather by the thousands despite an active pandemic

Since most Black and non-Black Latinx workers can’t telework, they may have to choose between exposing themselves to health hazards or leaving the workforce and putting their families in financial despair.

Other factors such as environmental segregation and the lack of health insurance contribute to higher case numbers and higher hospitalizations among the two racial and ethnic communities.

“Compared to non-Hispanic (Latinx) whites, Hispanics (Latinx individuals) are almost 3 times as likely to be uninsured, and non-Hispanic blacks are almost twice as likely to be uninsured,” according to the Centers for Disease Control and Prevention (CDC). “People may not receive care because of distrust of the healthcare system, language barriers, or cost of missing work.”

The confirmed cases and fatality data were collected from only 662 completed fatality investigations, meaning less than half of the 2,500 confirmed deaths have been investigated. So far, about 540 of the reported fatalities were individuals older than 60 years old.

In Fort Worth, ZIP code areas with a higher percentage of Black or non-Black Latinx families have higher case counts than areas that are majority affluent and white, according to the Tarrant County COVID-19 statistics website.

People living in ZIP codes such as Fort Worth’s 76106, which is 81% non-Black Latinx, many not be able to telework or access health insurance, and they may face environmental hazards at home.

As of June 30, there have been 527 positive cases in the 76106 ZIP code, up from the 370 confirmed cases reported June 19. Fifteen deaths have been reported in ZIP code 76106, which is in north Fort Worth, west of Interstate 35 and includes Meacham International Airport.

Fort Worth’s 76119, which is 43% Black, has had 1,003 positive cases and 13 deaths as of June 30. This was partially due to a viral outbreak at Federal Medical Center Fort Worth, a medical center for federal inmates, where 597 inmates had tested positive as of July 7, according to the Federal Bureau of Prisons.

Not taking the facility’s outbreak into account, more than 450 individuals in the 76119 ZIP code, which is in southeast Fort Worth, tested positive. This is the most positive cases of any ZIP code in Fort Worth.

In five of the seven ZIP codes in Fort Worth with no confirmed deaths, the percentage of white residents is over 50%.

A spike in the numbers

Tests in Texas have exceeded 30,000 each day in the last two weeks, data from Texas Health and Human Services shows.

The number of cases, recoveries and deaths are expected to increase over the next few days, according to the website’s data. “Testing numbers show the number of test results for Texas residents reported to DSHS by public health and private labs. They do not include pending tests. Additional testing may be occurring by labs not yet reporting all results to DSHS.”

“Demographic data comes from completed case investigations. The majority of cases in Texas are still under investigation,” they said.

As cases have spiked in Texas, precautions such as mandatory face mask policies and social distancing have been reemphasized.

The City of Fort Worth’s Twitter account reported that officials will be doing free COVID-19 testing in the Stop Six neighborhood, where the median income is $18,600. Located on the city’s east side in the 76112 ZIP code, the neighborhood has had 230 confirmed cases and seven confirmed deaths.

How homemade sanitizers are harming citizens

Students join TCU Better Together for a night of community service 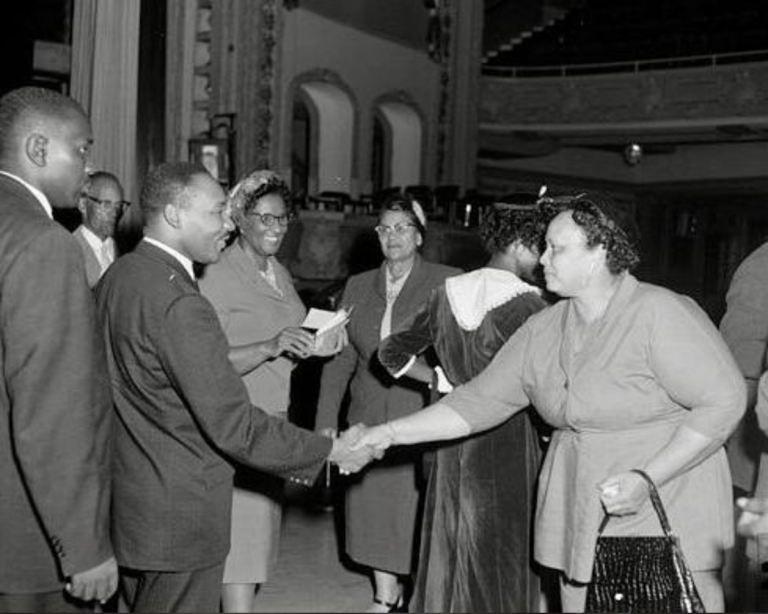 Memorial to commemorate MLK Jr. to come to downtown Fort Worth