This story was updated Oct. 15 at 8 p.m. with a new headline and lede to reflect the purpose of the dialogue.

TCU speech and debate has begun preparing for a campus-wide dialogue regarding how TCU should tell its history.

The dialogue regarding the statue will take place during a virtual event hosted by the Race and Reconciliation Initiative, the Diversity, Equity and Inclusion officers, the chancellor’s cabinet, and the TCU speech and debate team.

Dr. Amorette Hinderaker, a professor of communication studies and convener of debates, was approached by Chancellor Victor Boschini and asked to prepare a conversation about race relations on campus and how to approach the legacy and history of TCU as a whole. This town hall that will take place at the end of October is the culmination of several different events that both the RRI and DEI officers have and will continue to organize throughout the semester.

Hinderaker said these kinds of campus-wide conversations about race on campus have, in recent years, become more important than ever.

“There have been a lot of heads together to figure out what’s the best way to reach campus to open the dialogue about how we should handle TCU legacy and history in a way that’s both inviting to students and invites voice and is respectful,” Hinderaker said.

Four members of the TCU forensics team were selected to participate in the dialogue and will present arguments on both the affirmation as well as the negation.

The team’s president, Alexander Wick, said the debate team is in a position to further the conversation around race relations on campus.

“We’ve been provided an opportunity by the chancellor to have this dialogue, and I think that this debate should serve as a model for student discussion. TCU debate has a great opportunity to model what kind of productive discussion could happen in a space like that,” said Wick

In past years, speech and debate has flown in debate teams from around the world to engage in several public debates to discuss important issues affecting campus. The team has discussed topics like campus carry, free speech, immigration and economic advancement.

“Like any big conversation that happens on campus, the debate team is a group that can be instrumental in fostering dialogue,” Hinderaker said.

This year’s public dialogue topic stems from the national conversations around police brutality and racial injustice that have come to the forefront of mainstream media in the last few years.

“It’s important that whenever there is a big discussion happening on campus where there are different interests being represented that people are presented with logical and well-researched arguments on both sides,” Hinderaker said.

In the past, these campus debates have been held in public spaces all over campus such as the Mary Couts Burnett Library and the debate chamber in Scharbauer Hall.

However, due to the new safety regulations in place due to the COVID-19 outbreak, the entire DEI event will occur over Zoom.

Hinderaker said when speakers don’t have a public audience, “there is always going to be something lost in translation.”

“Debate should be public,” she said.

TCU debate’s public dialogue will occur on Thursday, Oct. 22 as a part of the DEI taskforce event being held virtually over Zoom. 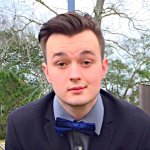