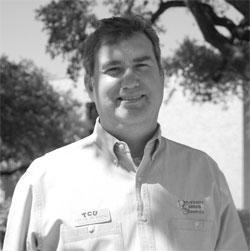 Not only is the new dean of the class of 2008 implementing plans for the junior class – he’s also on Facebook, so contacting him should be a piece of cake.Chuck Dunning, associate director of University Career Services, has added the title of class dean to his resume, a position he said he hopes to make more public by increasing his accessibility to students.

Being a class dean means acting as a liaison between the class and the university, Dunning said. This means assisting students whom are seeking information as well as helping them with problems or concerns, he said.

Dunning said in addition to sending out weekly class e-mails, he also plans to be involved with campus events and encourages students to contact him through Facebook.

It’s difficult to pin-point the responsibilities of a class dean because they are so broad and numerous, Dunning said.

“I also kind of serve as a cheerleader to the class of 2008,” Dunning said. “I’m expected to participate in activities that are directed toward the class of 2008 or in which the class is going to be especially involved.”

The position was formerly held by Shelley Story, who was the assistant dean of Campus Life.

Story, who is fluent in French and Italian, moved to Florence, Italy, after accepting a director position for Gonzaga University’s international program, said Susan Adams, associate vice chancellor for Student Affairs and dean of Campus Life.

“I think she took the job in Italy because it was such a good fit,” Adams said. “It matched her interests and it matched her skills. We will miss her very much, though.”

Dunning said he has already implemented plans for the junior class this semester.

He said Junior Jump Start, a career development event Oct. 21 in the Student Center, will be the first event. He said it will help juniors prepare for their senior year by teaching them how to develop their resumes and how to start networking and making contacts for their career interests.

Another program Dunning said has already started is FrogHouse, a student-run community service project that is teaming members from the class of 2008 with Habitat for Humanity to help build a house in Fort Worth.