TCU students are traveling to Washington, D.C. to commemorate with survivors and celebrate the growth of a country as Monday marks the 20th anniversary since the Rwandan genocide.

Though only a select group of students are attending the commemoration, a virtual voyage will allow students on campus to play a role in the events as well.

Students that are studying Rwanda in their classes were able to apply to accompany two of the Rwandan genocide survivors at TCU to D.C.

”To me it means a lot because I am a genocide survivor and these are Americans that are coming with us to support our community and raise awareness of our story.” Intensive English Program student and genocide survivor Yvonne Umugwaneza said.

There are currently four Rwandan students at TCU. Two of them, Yvonne Umugwaneza and Yannick Uzabumwana, are travelling to D.C. as genocide survivors for the commemoration.

The commemoration begins on Monday morning and the students in D.C. will be using Skype to connect with students on campus and to share their experiences virtually.

“It will give students an opportunity to have globalization experience, for it means a lot to the Rwandans that Americans will be there to support them, both personally and virtually,” said senior finance major and chair of the Rwanda Student Committee Zack Siegert. 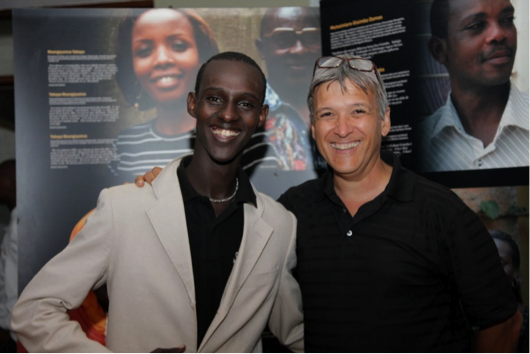 The other two Rwandan students will be on campus Monday morning, passing out 1,000 flags to place into the ground to represent the million lives that were lost.

Students can meet in the Brown-Lupton University Union Ballroom at 10 a.m. to use Skype to connect with those in D.C. and with Carl Wilkins in Kigali, the capital of Rwanda.

Carl was one of the only Americans to stay in Rwanda and help those in need during the genocide, and was the keynote speaker at the commemoration the past two years.

He said that when the students return to campus on Tuesday, TCU’s own commemoration will be held in Palko 130 at 7:00 p.m. The two survivors will share their stories and the night will conclude with a candlelight vigil.

“Our own commemoration will be remarkable and I plan to spread word of the genocide and why it’s important to be aware of the world and the global aspects of TCU’s mission statement,” said sophomore psychology and religion double major and attendee of the commemoration Meredith Trank.

She said she wants to contribute to this community and inspire others to understand the huge role that TCU can play in helping students remember the genocide and its impact on the world.

“I want students to come away with the idea that they can change the world,” Gayle said.

Umugwaneza said she has learned a lot about Americans and their culture because she lives here and learns about it every day. She wants American students to feel the same way about other cultures.

“This is what I wish for TCU students, to be aware of what is going on around the world and to use their intelligence to make a difference,”Umugwaneza said. “Engaging in this commemoration is the perfect opportunity to learn and spread awareness on TCU’s campus.”