Billionaire donors were honored at the Rees-Jones Hall dedication on Friday for their contributions.

The 62,000 square foot building has been open to students since the beginning of August. The $27.2 million dollar building houses the TCU Idea Factory, the Institute for Child Development and the TCU Energy Institute. It also offers study rooms and classrooms.

Rees-Jones Hall is the first interdisciplinary classroom building on campus.

SGA President Cody Westphal said he was skeptical of the building during the planning process because it seemed too good to be true. He said that students are proud to go TCU because of the new building.

The Rees-Jones Foundation donated $20 million to the Institute for Child Development in 2013. Trevor Rees-Jones is the founder, president and CEO of Chief Oil and Gas.

Trevor Rees-Jones spoke about the “world class” developments conducted at the institute to both “heal those who have the misfortune of suffering of child abuse and neglect,” and educate others to end the problem in the future.

The sons of Trevor and Jan Rees-Jones, Trevor and David, spoke about their experiences as students at TCU.

A portrait of Trevor and Jan Rees-Jones was dedicated in the lobby of the building.

Water bottles were given to attendees with “Knowledge is Freedom” printed on them in the languages current TCU students speak, a nod to the artwork in the building comprised of the same inscription. 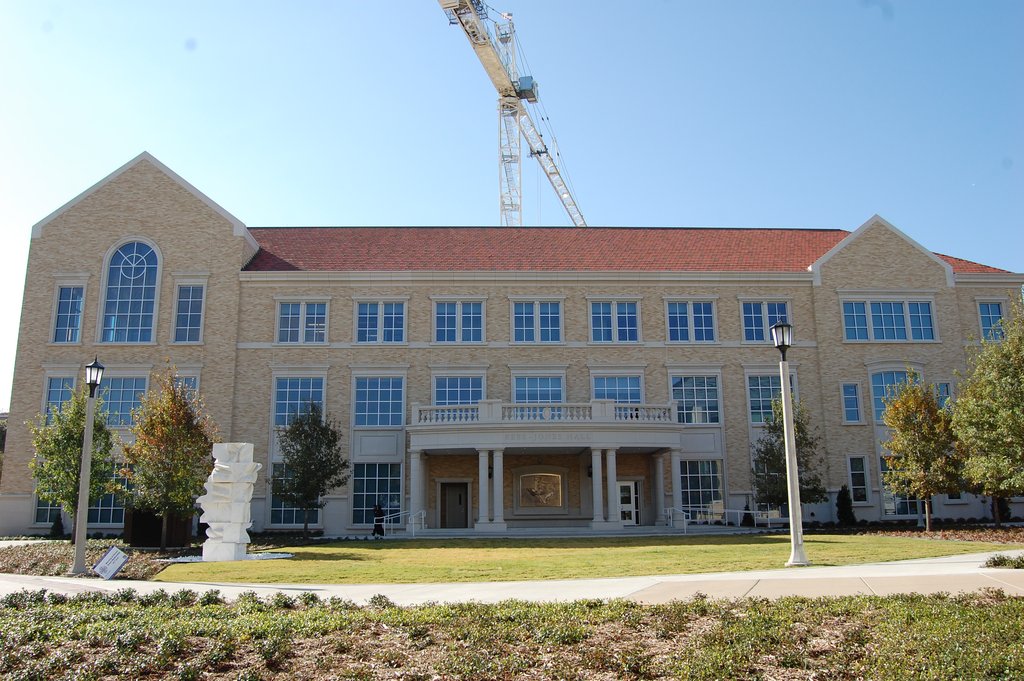