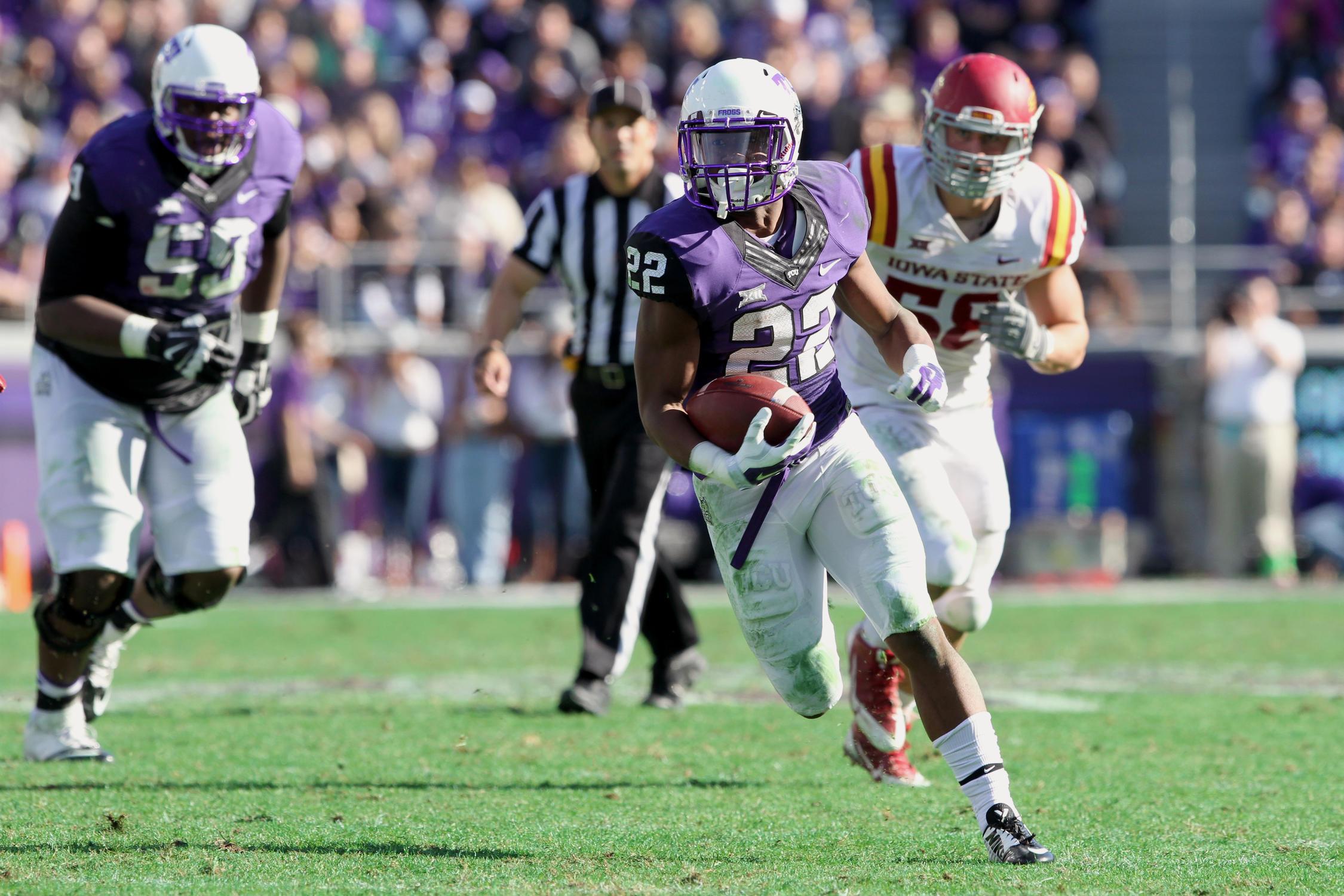 The Horned Frogs outscored Iowa State 38-0 in the second half, proving their No. 3 CFP ranking and earning at least a share of the Big 12 title.

The TCU defense was stifling all afternoon, holding ISU to 236 yards of total offense and only three points.

Trevone Boykin was exceptional yet again in a career day for the junior quarterback.

Boykin threw for a career-high 460 yards and four touchdown passes, and led the TCU offense to 722 yards of total offense.

Boykin broke Andy Dalton’s TCU record of 27 touchdown passes in a single season in the victory. Boykin has now thrown for 30 and rushed for eight.

The junior quarterback was also converted back to a wide receiver, if only for a play.

Boykin threw a lateral to senior receiver David Porter, who tossed it across the field back to Boykin, and the Heisman contender scampered down the sideline for a 55-yard touchdown reception.

Wide receiver Josh Doctson caught a career-high nine passes for 151 receiving yards and a touchdown, and was the Frogs’ biggest receiving threat on the day.

Safety Derrick Kindred recorded TCU’s fourth pick-six of the season, jumping a route early in the third quarter to give the Frogs a 34-3 lead.

Cornerback Ranthony Texada was also impressive, breaking a couple of third-down pass attempts and athletically catching a one-handed interception that killed all ISU momentum in the second quarter.

Running back Aaron Green also enjoyed a big day. The junior ran for 104 yards and a touchdown, and caught six passes for 67 yards an another score.

Wide receiver Deante Gray returned to regular action for the Horned Frogs, and his injured ankle looked fine on a 45-yard smoke screen for a touchdown where he simply outran the Cyclone defense.

TCU pulled its offensive starters with 11 minutes left in the fourth quarter.